Getting to Know You: Timothy Sykes, Founder, Profit.ly & TimothySykes.com 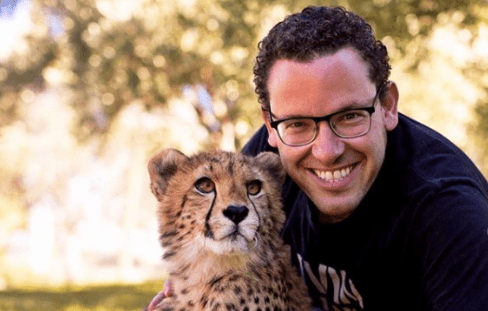 We talk to Timothy Sykes, the founder of Profit.ly and TimothySykes.comand one of the most famous and respected penny stock traders in the scene.

Sykes has been extensively reviewed online and by the trading community.

What do you currently do at Profit.ly and TimothySykes.com?

In a nutshell, I teach people how to trade stocks. Along with courses and educational materials, I also publish a daily stock watchlist and send out alerts about potential trades.

My flagship product, “Tim’s Challenge”, is a training system for aspiring penny stock traders which is by application only.

My team and I specialize in what are called “penny stocks” and we’ve helped many of our students make successful trading decisions. Penny stock trading essentially involves speculating on companies valued at under five dollars a share. There’s a lot of manipulation in the penny stocks market but smart traders can turn this to their advantage to gain a real edge.

What was the inspiration behind your business?

I started trading in highschool with a few thousand dollars of bar mitzvah money and ended up with nearly two million dollars in my pocket. For a middle-class kid from a small neighbourhood, that was a pretty big deal. I experienced first-hand the freedom and financial security that day trading could bring.

My training portals – Profit.ly and TimothySykes.com – are about passing on that knowledge. I get just as much of a kick from helping others make money as I do from making money myself, and I’ve got thousands of students across dozens of different countries.

My business also enables me to make a positive difference, which is a huge motivator for me. I’ve been involved in dozens of projects to help under-privileged children through my charitable foundation.

Who do you admire?

Admiration is a funny thing in the world of trading. You have to be really careful about hero-worship and remember that everybody has their own agenda.

That said, I definitely admire certain qualities in people, especially my students. Patience and persistence are, in my opinion, the biggest indicators of success at any given endeavour, especially trading. Nearly every one of my students that made it big, struggled with doubt, confusion, and losses when they started out. But their ability to put these emotions aside and keep going was what ultimately led to their success.

My dad is also a big influence in my life. He threw the ceremonial pitch at a Red Sox game to his all-time favorite player David Ortiz last year and organizing that for him was a great moment.

Looking back, is there anything you would have done differently?

Hindsight is a wonderful thing. But when you’re learning to trade, your failures are just as important as your successes.

I think the biggest mistake people make is assuming that they’re 100% right on a particular stock. But there’s no such thing as a failure-proof trade. When people think they’re immune, they’re usually going to lose a lot of money. That’s probably the most important lesson I’ve learned, and if I could go back, I’d adhere to it more closely.

I can summarize my current mindset in a sentence: all CEOs are dishonest, most traders are idiots, and the ability to recognize patterns is the most valuable skill in any trader’s arsenal.

It’s all about patterns. And you need to hone your ability to spot patterns right from the get-go. Most of the time, I don’t even understand why a stock is moving in a particular way. But that doesn’t mean I can’t profit from it.

What defines your way of doing business?

In a broader sense, I strive for integrity and transparency in my businesses. You’ll find a lot of dishonesty in the trading world, especially when it comes to penny stocks. Companies and insiders, for example, will put out press releases hyping up particular positions and encouraging people to buy. But when you dig into the SEC filings, you’re basically looking at a company that doesn’t have enough cash to see the year out.

For would-be traders, this lack of clear, authentic information can be a big problem. That’s why I teach by example wherever possible. Along with my training materials, I also produce watchlists, up-to-date videos, and research. I publish details of my trades on Profit.ly so that students can learn from my mistakes as well as my successes.

What advice would you give to someone starting out?

Understand that while one specific trade isn’t going to make you an overnight millionaire, it can easily make you broke.

Penny stocks are priced very low so they’re ideal for beginners and people with small accounts. It’s just vital to recognize that you need to put in the time to learn how to trade intelligently and meticulously.

Finally, and this is a big one, always do your due diligence and rely on your judgement.

4 Advantages Of A Virtual Data Room For Your Business

Are There Any Safe Alternative Investments?

3 Steps Brands Can Take To Boost Bottom Line By Creating...