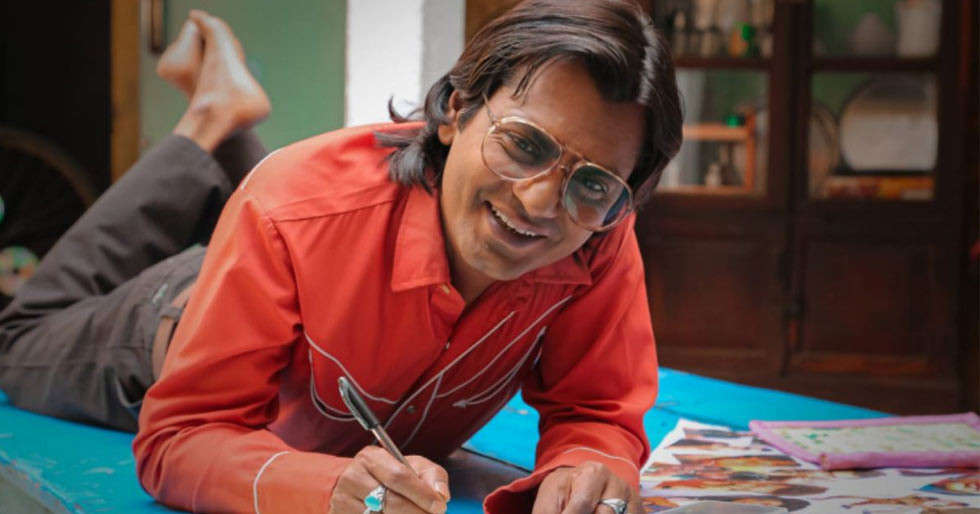 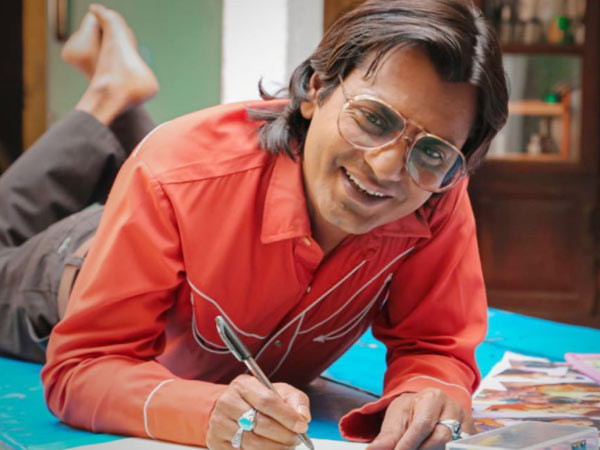 Daydreams of a film writer

Ghoomketu (Nawazudding Siddiqui) is a wannabe film writer from a small village called Mahona in Uttar Pradesh who wants to become the new Salim-Javed. He runs away to Mumbai for a trial period of one month to try out his luck. Meanwhile, inspector Badlani (Anurag Kashyap), who is infamous for taking bribes has been given one month to find the runaway because of political pressure. It seems Ghoomketu’s uncle (Swanand Kirkire) has lots of political swag in UP and hence is able to influence the police in Mumbai through his contacts. Ghoomketu doesn’t get along with his father (Raghubir Yadav) and has been married to an overweight woman (Ragini Khanna) -- these are also the reasons he runs away. Only his aunt (Ila Arun) knows this and has helped him with the money. Every writer is given the advice that he should write on his own experience and that’s what Ghoomketu does as well. His stories are based on the lives of his family members. The anecdotes are often ridiculous but carry a touch of realism to them as well.

The film has cameos from Amitabh Bachchan, Ranveer Singh, Sonakshi Sinha, Chitrangada Singh and Nikkhil Advani playing themselves. It was apparently completed in 2014 and has been sitting in the cans ever since. Director Pushpendra Nath Misra has tried to make a low budget spoof of how the industry functions but hasn’t really pushed the envelope. The film looks more like an episodic fantasy where the writer’s dream comes to life during his narrations. It’s a series of comedy skits loosely threaded together and some jokes are straight out of WhatsApp forwards. Some things are clearly ludicrous, like the sudden weight loss of Ragini Khanna, who is now more acceptable to her husband because of that. Thankfully, the director has shown that Ghoomketu comes back after one month and doesn’t waste his life running from pillar to post in Mumbai, which is more in line with what a struggler actually undergoes.

Its talented cast, comprising Nawazuddin Siddiqui, Ila Arun, Raghubir Yadav and Swanand Kirkire, as also Anurag Kashyap tries to keep things afloat with their efforts. The track between Anurag and Nawazuddin could have been developed into a cat and mouse chase but strangely wasn't. Director Pushpendra Nath Mishra, who has also written the film, certainly had the right idea, which alas wasn’t executed properly. One can understand that it might not be the finished product aimed for because of its six-year hiatus.
Source : Filmfare Bollywood More

Hiroo Johar explains the meaning of Koki to Kartik Aaryan

Khloe Kardashian Has Some Aggressive Thoughts About Those...

Dia Mirza shares throwback pictures from Sanju on the occasion...

Jennifer Aniston Warning Meghan Markle To Stay Away From...