In the spring of 2002, in her final year of eligibility playing on Florida Southern’s golf team, Beth Ann Nichols (nee Baldry) decided (...) 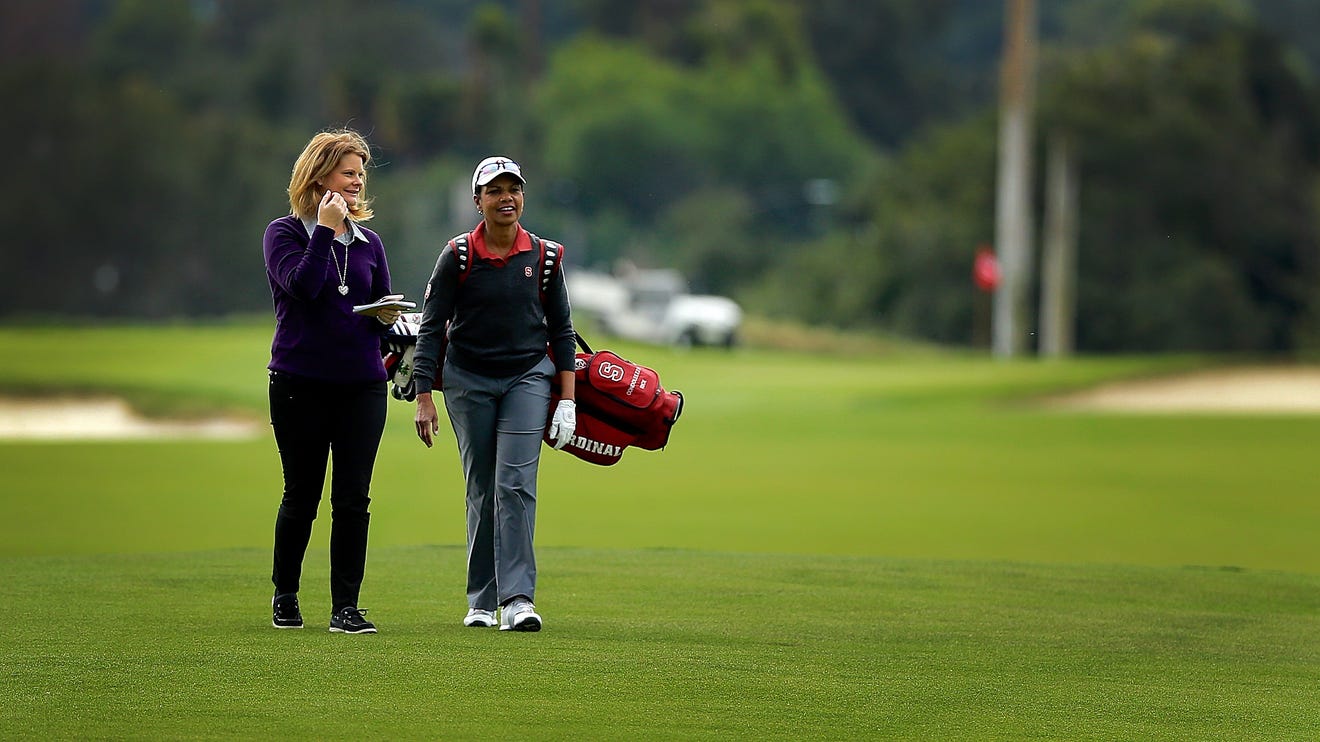 In the spring of 2002, in her final year of eligibility playing on Florida Southern’s golf team, Beth Ann Nichols (nee Baldry) decided to turn professional – in a way that was anything but traditional.

She went to work for a golf magazine. In the nearly 20 years since, she’s moved up the ranks and won countless awards, but last week she did something no one else has done. Nichols became the first female president of the Golf Writers Association of America.

Nichols grew up in Lakeland, Florida, playing golf at Cleveland Heights and honing her game at local events like the Junior Citrus Classic. It was there, playing with FSC commit Lydia Gartrell, that Nichols first caught the eye of Florida Southern head coach Robbie Davis.

Soon after, Nichols joined a burgeoning Florida Southern team that had finished runner-up at the NCAA national championship in the women’s program’s third season. During Nichols’ tenure, the Lady Mocs established a national powerhouse, winning the Sunshine State Conference Tournament and back-to-back national championships. Despite the success on the golf course, during her sophomore year, a different kind of course changed Nichols’ life.

“I had tutored some other athletes in English class, but had never considered sports writing before,” Nichols said. “Then, in 1999, I took Mr. (Bob) Black’s class. Thinking back, it’s amazing how one college course can have such a profound impact on the direction of your life.”

“Beth Ann was more than a competent writer, even in college,” said Black, a former sportswriter himself. “Her writing had a professional flair, and she made no mistakes. Good research, good writing. I felt if she followed that star, she would be a quiet, but very firm success.”

“I said, well I’d love to write for a golf magazine, but I think you have to be a 40-year-old man to get one of those jobs,” Nichols laughed.

After her adviser showed her an opening for an entry level writing job with Golfweek, Nichols threw her hat into the ring. To her surprise, not only did she get the job, but she started immediately – well before graduation.

“I didn’t even play golf that last semester,” she said. “I was working on Friday nights, during the weekends, laying out the college and amateur scoreboard that I’d always read in the magazine. Suddenly, I was creating it myself. It was kind of surreal.”

Nichols didn’t have to travel far to cover one of her first events on staff.

“I actually covered the (Florida Southern hosted) Matlock Classic for the print magazine my senior year. I covered my own school, in its own tournament. And back then, I was sending scores via fax machine,” she laughed. “I guess that dates me.”

Given the impressive amount of responsibility offered to a college senior, it’s unsurprising how quickly she moved up through the ranks of her new profession. Just two years after graduating, Nichols earned the role of managing editor at Golfweek, managing a team of four assistant editors, covering events all over the country. Around that time, she also joined the Golf Writers Association of America, a nonprofit dedicated to the promotion and continued improvement of golf journalism.

Two years later, Nichols was promoted again. This time, the promotion moved her to full-time coverage on the LPGA beat, serving as a senior writer for the magazine. In 2011, Nichols’ work earned national recognition, earning her first GWAA award for best feature story about Lorena Ochoa’s abrupt retirement.

Not long after, Nichols was again recognized by the GWAA, this time as a nominee for a leadership role on the board of directors. While her writing continued to pick up awards, earning additional GWAA wins in 2013, 2016 and 2019, her responsibility within the organization also climbed. In 2020, she was named vice president.

“The GWAA is a great way to connect with other people in the industry and find mentors,” Nichols said. “I have been so fortunate to have incredible mentors along the way, encouragers like Mr. Black and Jeff Babineau.”

Babineau, a former Moc and GWAA president himself, has been thrilled to watch Nichols’ steady rise.

“I think the world of Beth Ann,” Babineau said. “She is so good on her beat and able to capture the story. As a journalist, she is the whole package. She is able to find stories that other people cannot. She is just terrific. Wherever she is, whatever story she’s doing, she’s the person that you’re going to want to read the next day.”

During the week of the Masters Tournament each year, the GWAA meets to nominate new officers and celebrate the accomplishments of the past year. Last week, for the first time in the GWAA’s 75 years, Nichols became the organization’s first female president.

“I’m just so fortunate to do what I love,” she said. “It’s a marriage of what I love and what I do best. To lead the GWAA…it’s amazing that a girl from Lakeland gets to follow in the footsteps of all of these legends before me.”

Masters TV numbers were better than the fall, but still not back to normal