Goodbye Robin, Batman's Son is Getting a New Identity

After months of grief and rage, Batman's son Damian Wayne has ditched the Robin name. But what dark path will the boy assassin take without it? 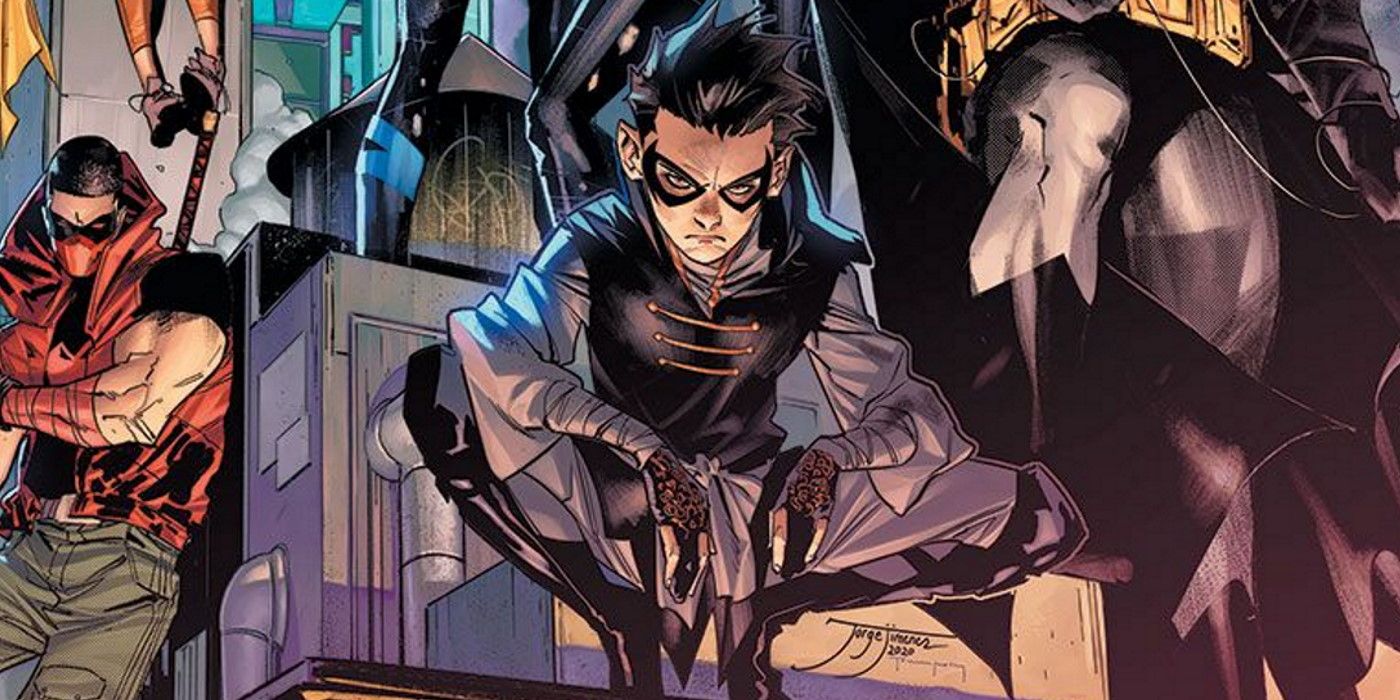 The son of Batman has abandoned the Robin name for a solo career and Batman hates it. Damian Wayne has been Robin since he first beat the title out of Tim Drake in 2006, but the Son of the Demon has decided he's outgrown the title already after growing tension between himself, his dad Bruce Wayne, and the Teen Titans. Detective Comics #1033 makes the split official as Batman offers his son one more chance to reconcile and Damian chooses a different path.

Detective Comics #1033 is written by Peter J. Tomasi with pencils by Brad Walker, inks from Andrew Hennessy, color by Dave McCaig, and lettering by Rob Leigh. It's the culmination of several plot threads that have built up in books starring Batman and Robin, most notably Damian's battle with Batman in Teen Titans Annual #2. After Bane killed Alfred in front of Damian, his grieving process led him to become more drastic in his fight against supervillains, imprisoning or even killing them instead of leaving them to the justice system that failed to stop his grandfather figure's murderer. When Batman found out, he confronted Damian in a battle that caused the boy to denounce the Robin title and go rogue from Batman and the Teen Titans alike.

Related: Batman Just Added A New Member To The Bat-Family

Batman followed this up in Detective Comics, starting in issue 1030, when he started tracking down Damian in an effort to coax him home. He found that Damian was still fighting crime in a new costume that swapped out the red and green of Robin for black and gray, making him look like a cross between Batman himself and a member of his grandfather Ra's Al Ghul's assassin guild. Damian also has a mission: he stole the Black Casebook, a record of every criminal mystery that Bruce had ever failed to solve, and has embarked on a mission to solve them all without Batman's help. In issue 1033, their paths converge as their respective investigations lead them both to confront Hush, the bandaged mastermind who has kidnapped just about every other Bat-Family hero. Batman uses the battle as a final argument for reuniting Batman and Robin, father and son, but Damian isn't hearing it. "I tried following your path, Father," the former Robin tells Batman. "I was wrong."

Damian isn't the first Robin to go solo, but he is headed down a more ominous path than Nightwing or Red Robin ever took. (Red Hood's story is still darker, but at least he didn't become a killer when he was 13.) Before Damian was a Robin, he was an assassin trained by Talia Al Ghul, a deadly warrior who had to be taught all over again to use Batman's nonlethal methods. Now, he has no Robin title to uphold. Even his best friend Superboy, who used to counterbalance his grim personality, is missing from his life.

Damian's new identity will be explored in a two-part backup story titled "Demon or Detective" that begins in Batman #106 and ends in Detective Comics #1034, both releasing March 2021. It's unclear whether Damian will take on a new codename at all, although with his assassin gear, he might pick something related to his heritage, like "Demon Detective", which would combine Ra's Al Ghul's own title with the name Ra's used for Bruce Wayne. Regardless, a Damian with no Batman to answer to will be a terror to Gotham's heroes and villains alike.

More: The Batman Villain Who Was Originally Supposed To Be Robin