A Spanish zookeeper has been severely injured after a 190 kilogram gorilla she had raised from birth attacked her. 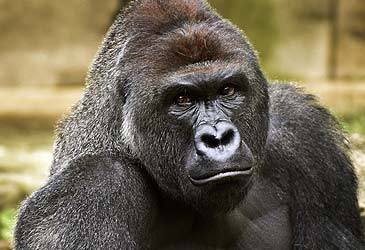 A Spanish zookeeper has been severely injured after a gorilla she had raised from birth broke through three safety doors and attacked her.

The 46-year-old keeper was attacked by a 190 kilogram ape called "Malabo" at the Madrid Zoo Aquarium in Spain over the weekend, while she was doing routine cleaning and feeding.

She sustained head injuries, chest trauma, multiple fractures and two broken arms after the 29-year-old ape broke through its enclosure.

The keeper was rushed to Madrid Clinical Hospital and remains in a critical condition.

A statement issued by the zoo wished the employee a "speedy recovery".

"Given the event that occurred this morning with a gorilla keeper from the Madrid Zoo, we share our official note and our wishes for a speedy recovery for this worker," it read.

"The events took place this morning, around 10am when a keeper with 19 years of experience at the zoo accessed the indoor facilities for the usual breakfast routine, cleaning and preparing the facilities.

"Upon entering a secure area with a triple door, the caretaker met Malabo, a 29-year-old male gorilla, who had accessed it." Workers managed to remove Malabo from the area. He was later anesthetised by a veterinary team, and remains in a calm area.

How the ape managed to break through the usually secure enclosure is now under investigation.

The incident has been declared a workplace accident by Madrid police.