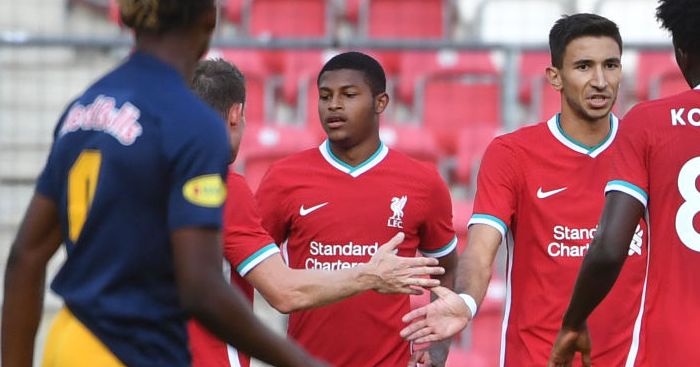 Rhian Brewster heading for Palace now, apparently, with Sheffield United looking elsewhere, while a couple of long-running summer transfer sagas rumble ever onwards as we hurtle towards the sweet release of death.

PALACE COUP
The race to sign Liverpool outcast Rhian Brewster is officially HOTTING UP with Crystal Palace now having apparently STOLEN A MARCH on rivals including Aston Villa and Sheffield United.

Liverpool want £20m plus a buyback clause, and The Sun reckon Palace is Brewster’s first choice because it is in That London and he’s keen to sit down for a chat with Uncle Roy. Sheffield United – and possibly Villa – to the striker-shaped hole in their squad. He’s a free agent after leaving Trabzonspor in March, so potentially a relatively straightforward deal to be done there for someone you’d imagine.

In other Liverpool news, Watford’s asking price for Ismaila Sarr has only dropped from £40m to £35m despite Liverpool’s interest cooling significantly after they signed Diogo Jota.

RICE AND FEES
Big-spending Chelsea have finally decided to pull the trigger and make a formal bid ‘in excess of £40m’ for West Ham midfielder Declan Rice and, according to , that’ll do the trick because the hard-up Hammers are ‘desperate for the cash’.

That would certainly seem a fair appraisal from poor David Sullivan’s own assessment of the situation after he declared himself ‘depressed’ over the lack of summer signings and admitted the club has ‘limited funds’. Excellent way of convincing a young England international to commit his peak years to the club. It’s almost like they want Chelsea to chuck loads of money at them, in a way.

Elsewhere in the same paper, a suggestion that the perennial banter club will get the begging bowl out in return and try and get Antonio Rudiger on loan. West Ham fans looking for some good news should at least be soothed by the likelihood that all life on earth will end relatively soon.

SECOND GUNNERS BID
After Lyon turned down a £32m bid for long-time Arsenal target Houssem Aouar, the Gunners are already preparing an increased second bid of around £36.5m with another potential £9m in add-ons that would take the total potential fee pretty close to that wanted by Lyon’s always straightforward president Jean-Michel Aulas.

report that, despite Aouar having plenty of suitors around Europe, no other club has yet made a formal bid and Arsenal would be able to wrap up personal terms and the like pretty quickly once the rigmarole of dealing with Aulas is all squared away.

The Gunners also remain interested in Thomas Partey, while perhaps their most arduous task of the remaining days of this transfer window is balancing the books by clearing out a vast quantity of expensively acquired deadwood including Lucas Torreira, Sead Kolasinac, Shkodran Mustafi, Sokratis Papastathopoulos, Matteo Guendouzi and, of course, Mesut Ozil.

Klopp has enjoyed great … The post A breakdown of Klopp’s incredible record vs big six at Liverpool appeared first on Football365. 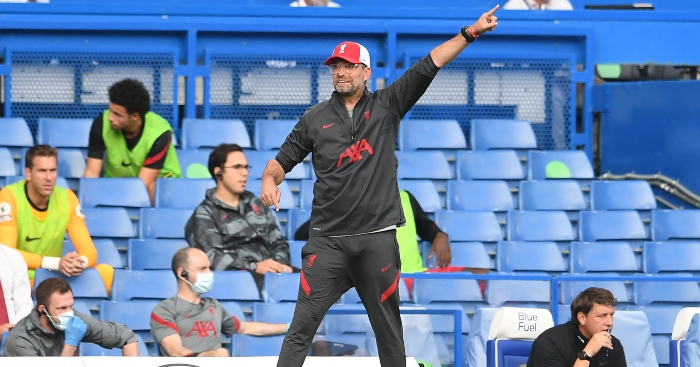 Liverpool manager Jurgen Klopp continued his impressive record against the Premier League’s big six with a comfortable 2-0 win over Chelsea.

Klopp took charge of his first Liverpool game in October 2015, a 0-0 draw against Tottenham, and has since built a team that is one of the best in Europe.

Astute signings like Sadio Mane have certainly helped, while Thiago looks like a bargain at £25million after an impressive debut against Frank Lampard’s side.

But Klopp deserves a lot of praise for the Reds’ brilliant record against the rest of the ‘big six’ in all competitions over the last few years, and we’ve taken a closer look at the stats.

The post A breakdown of Klopp’s incredible record vs big six at Liverpool appeared first on Football365.