The Premier League goal-getters are on … The post Gossip: Salah, Hazard swap; Lewandowski for Sterling appeared first on Football365. 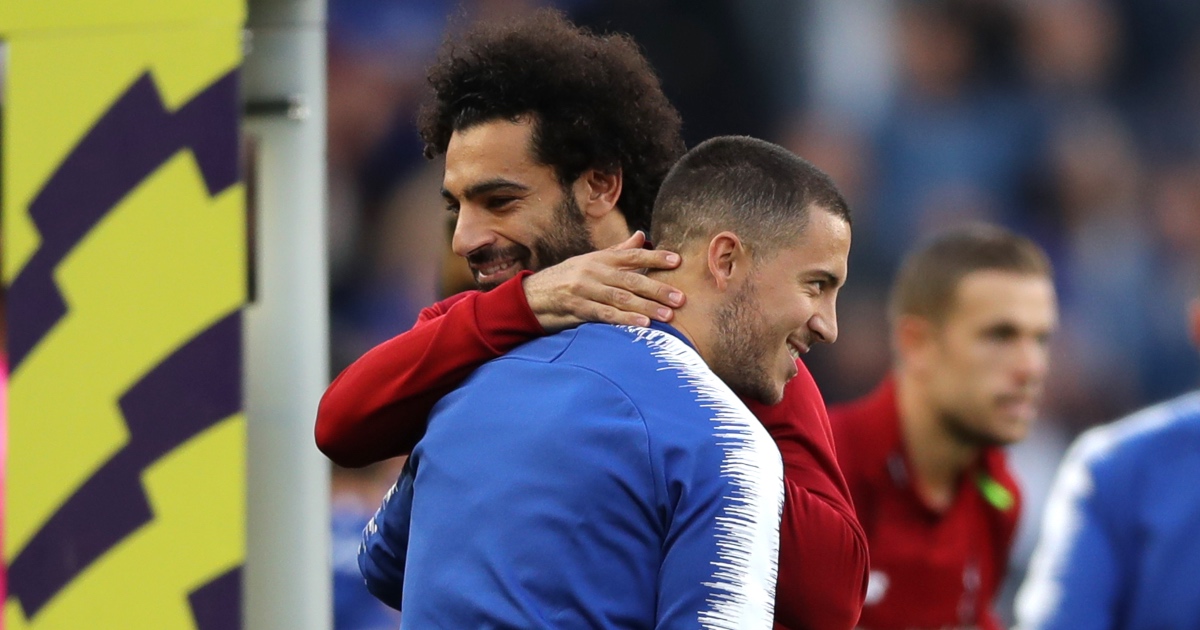 The Premier League goal-getters are on the move…

HAZARD FOR SALAH
Real Madrid are ready to cut their losses over Eden Hazard.

The Spanish giants paid Chelsea over £100million for the Belgian just over two years ago and he’s notched just five goals and nine assists in 51 appearances, most of them incredibly average by his own extraordinary standards.

And Chelsea have reportedly offered him the solace of a return to Stamford Bridge (wouldn’t that be lovely), though Marina Granovskaia has set a transfer limit of £34million. Madrid would much rather a body in return – Reece James would be great.

A more expensive (more chiselled) body they also fancy is Mohamed Salah, according to Fichajes journalist Ekrem Konur, who claims Madrid are ready to offer Hazard and a bit of cash for Salah. They’ll need quite a lot of cash.

And any approach may come too late in any case. Reports on Thursday suggest the Reds are readying a bumber new contract to tie Salah down for the next three years.

It’s rumoured Salah would earn £350,000-a-week, worth £82million across the entirety of his contract, making him comfortably Liverpool’s highest earner.

LEWA FOR RAHEEM
Manchester City are ‘already planning for life without Raheem Sterling’, according to the Express.

The England international claimed earlier this week that he would be “open” to leaving the Etihad for more game time, after just two Premier League starts this term following the arrival of Jack Grealish.

And Pep Guardiola says he can give Sterling no assurances over more minutes for City, claiming all members of his squad “have to speak on the grass”.

Arsenal are rumoured to be interested in Sterling, but a move abroad may be a better option for the forward.

And City would reportedly like Bayern Munich goal machine Robert Lewandowski to replace him.

Far from a like for like replacement, but it’s no secret that City want a more traditional centre-forward on their books following the long, unsuccessful chase for Harry Kane in the summer.

Lewandowski has stated his desire to leave Bayern in the summer and his agent, Pini Zahavi, has claimed the Etihad Stadium is a potential destination, which will have undoubtedly grabbed Guardiola’s attention.

DOM FOR LACA
Alexandre Lacazette is off and Arsenal need a replacement.

But Football London claim that ‘director Edu has identified Dominic Calvert-Lewin as the long-term solution’.

The Everton striker scored 16 goals in the Premier League last season and already has three goals in as many games this term.

“What they’ve done is they’ve been … The post ‘Very clever’ owners praised as Bruce is ‘right for Newcastle’ – ex-player appeared first on Football365.

Former Newcastle United midfielder Kevin Nolan has suggested that the club’s new owners have been “very clever” by sticking with Steve Bruce.

Bruce took over at Newcastle in 2019. He was chosen to replace current Everton boss Rafael Benitez.

The 60-year-old has led the Magpies to two midtable finishes in the Premier League from his two seasons in charge.

Newcastle are winless in the Premier League this season and Bruce is expected to leave in the coming days.

This comes after the club’s Saudi-led takeover was completed last week. Newcastle’s new co-owner Amanda Staveley confirmed on Friday that

This will be Bruce’s 1000th game as a manager. Nolan spent two years at Newcastle between 2009 and 2011. He has told that it is “very clever” for the owners to keep Bruce:

“Everyone’s saying ‘sack him’, ‘bring this manager in’, there’s so much speculation surrounding it all. I don’t think they realised they were going to get it as quickly as they got it, so they haven’t had a knee-jerk reaction to that and what everyone is expecting or wanting.

“What they’ve done is they’ve been very clever, they’ve taken a deep breath, they’ve sat back and thought ‘what’s the best thing for the club at this moment in time?’, and I totally agree that Steve Bruce is right for Newcastle at this time.

“Whether he is in the next two or three weeks when they start getting a grip of the club and what they want to do and where they want to go, whether they want to speak to other people is another thing, but for this moment, Steve Bruce, it’s the correct decision to keep him in charge.”

“I’ve had to use all my experience this week. I had a brief ten-minute conversation with the new owners. Now I’m carrying on until I hear otherwise,” Bruce said.

“There were no discussions on my future, it was all about the team, injuries and how we are looking for the weekend. It was very informal and I have to say they were very good people.

“It was good to see them, let us not forget it is a great thing that has happened for the club and the city. If it takes this great club forward, then great.”