A 76-year-old grandfather was shot, killed and robbed in his car outside the Acacia Primary School in Trenance Park, Verulam, on Friday. 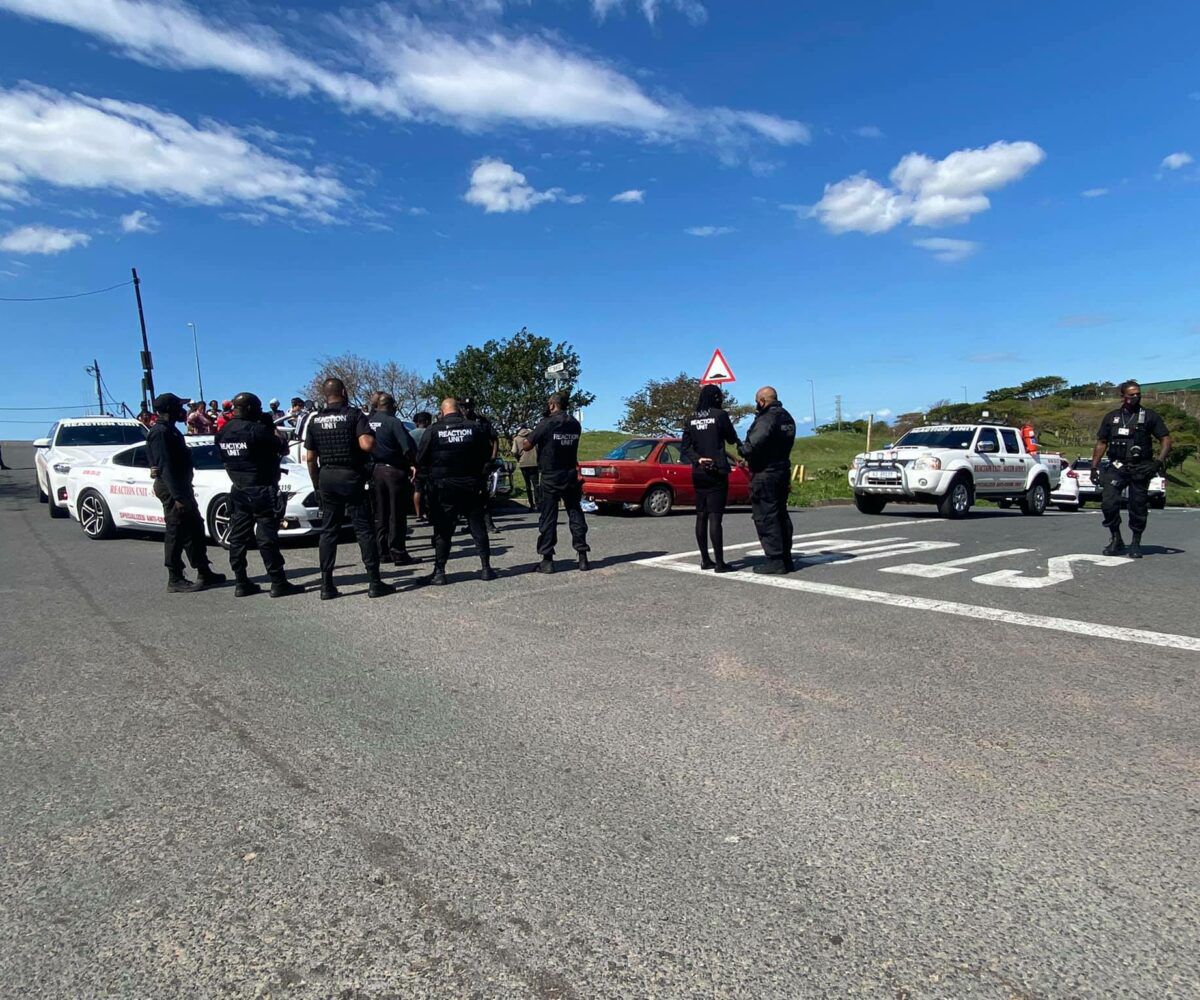 A 76-year-old grandfather was shot five times and killed in his car outside the Acacia Primary School in Trenance Park, Verulam, minutes after he dropped off his grandson on Friday.

THE GRANDFATHER GENERATED AN INCOME BY TRANSPORTING SCHOLARS

ALSO READ: Wife who hired a hitman to kill her husband was caught and arrested

“On Friday, he dropped off his 16-year-old grandson at a tuck shop near where the shooting occurred. Minutes later, his grandson heard the gunshots and ran up to the school.

“He noticed his grandfather slumped in his vehicle. The teenager moved him over to the passenger seat and attempted to kick start the vehicle due to it not having a self-start.”

Balram said they received several calls from the public reporting shots being fired outside the school.

“All available Reaction Officers were dispatched to the school; however, while on the route, a red Toyota Corolla was spotted parked on the corner of Trenance & Cottonwood Drive. A man was found in the vehicle, bleeding profusely.”

He said medics examined the elderly man and confirmed that he was fatally injured in the shooting.

The man sustained five gunshot wounds to his body. His 9mm firearm was missing from his holster.

“According to witnesses, a man dressed in a blue t-shirt approached Toyota Corolla and opened fire on the driver before stealing his firearm. The suspect then fled on foot. Five (5) 9mm spent cartridges were recovered.”

Balram said the RUSA Robinson R44 Helicopter conducted an aerial search for the gunman, but no arrests were made.

Meanwhile, a 59-year-old mother and her 16-year-old son were crushed to death when a retaining wall collapsed onto the roof of their house on Pricklepear Road in Waterloo, KZN.

According to Reaction Unit South Africa (RUSA) spokesperson Prem Balram they were alerted to the structural collapse by the public on Thursday at approximately 22:56.

“On arrival, Reaction Officers established that a retaining wall had collapsed onto the roof of the house.

A kombi was stopped on the R34 near Frankfort with 54 STOLEN sheep crammed into the back, 15 of these sheep were already dead. 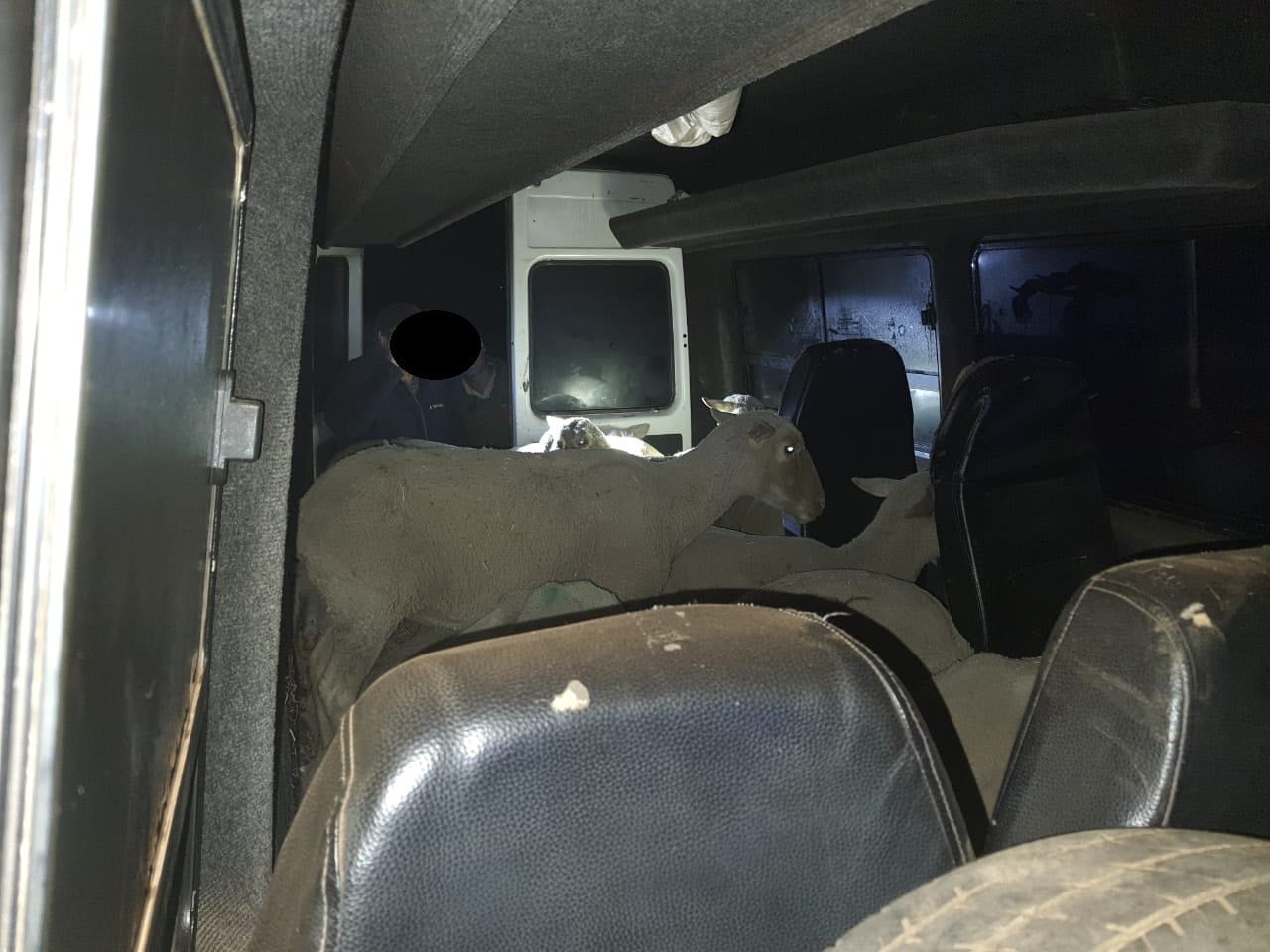 Police found 54 sheep crammed into the back of a white Kombi on the R34 towards Frankfort, 15 of these sheep were already dead.

THE KOMBI WAS STOPPED ON THURSDAY EVENING

Police spokesperson Brigadier Motantsi Makhele, members of Heilbron SAPS intercepted the stock thieves during an operation conducted on the evening of Thursday, 16 September 2021.

“The members stopped a white Kombi on R34 road towards Frankfort. This motor vehicle had three occupants, and two managed to flee from the scene while one was arrested.

“The arrest follows the discovery of a number of sheep that were crammed inside the Kombi. A case of stock theft was opened for further investigation.”

Makhele said on further investigation, it was revealed that out of a number of sheep found, 39 were alive while 15 were dead.

“The value of the sheep was estimated to be about R135 000-00. It was discovered that these sheep belong to a man of Eselvoet Farm in Heilbron.”

He said a 27-year-old male resident of Orange Farm in Gauteng Province would be charged for stock theft.

The man will appear in Heilbron Magistrates’ Court on Monday, 20 September 2021.

“Blue White Light Operation is one of the crime combating measures we put in place in rural areas to squeeze the space of criminals. This success is one of the fruits of these operations and will continue until our rural areas are safe and conducive for farming,” said Free State Provincial Commissioner, Lt Gen Baile Motswenyane.

Rugby may be played behind closed doors until vaccine is...