For Grayson Murray to keep getting starts on the PGA Tour, he knew heading into the Puerto Rico Open that his putter needed to get (...) 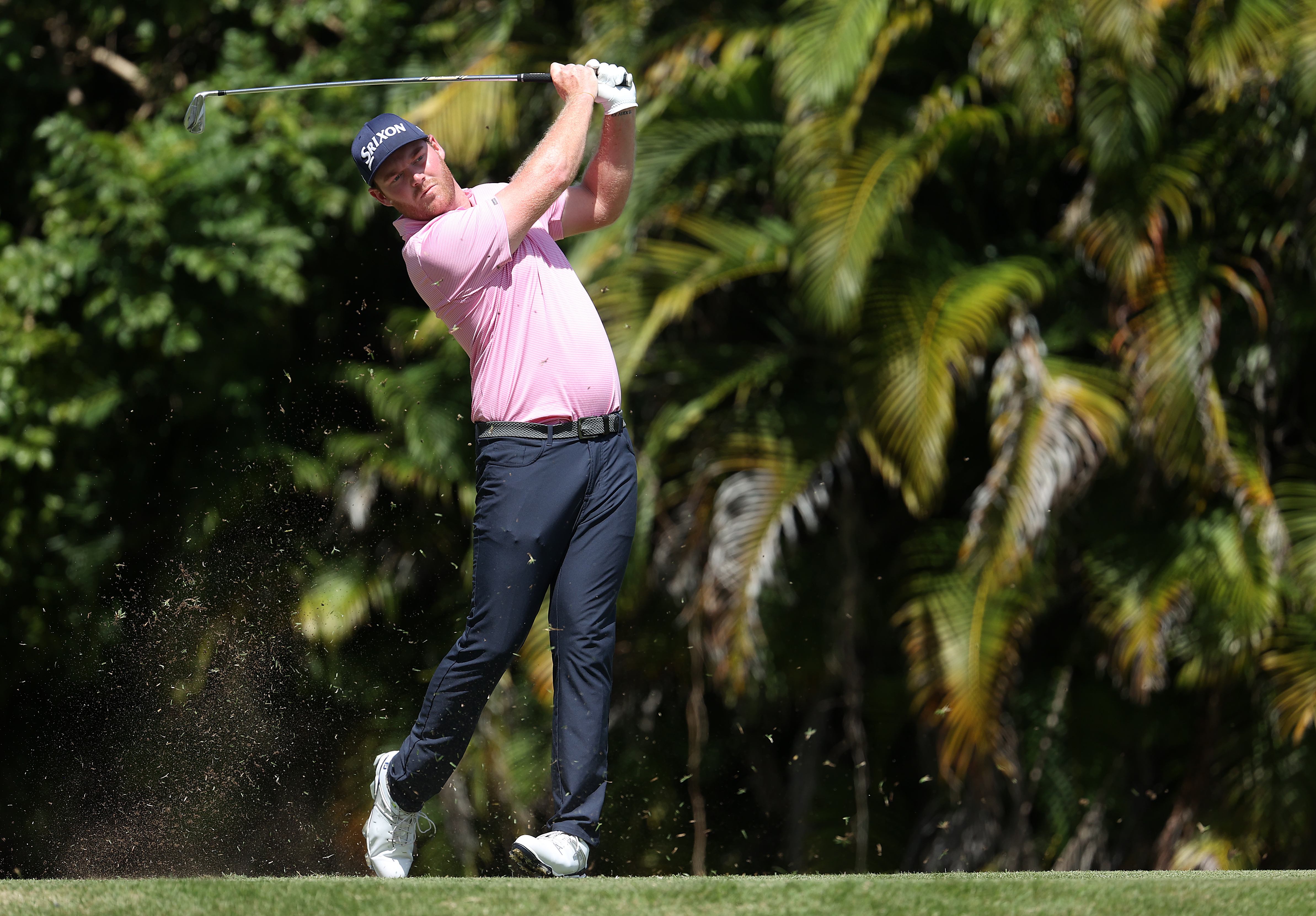 For Grayson Murray to keep getting starts on the PGA Tour, he knew heading into the Puerto Rico Open that his putter needed to get cooking.

Murray can hit the ball, but putting has long been his bugaboo — he was 189th in Strokes Gained: Putting last season and has dropped to 230th through the early portion of the current campaign.

But this week, with his PGA Tour future in jeopardy, Murray has been masterful on the greens at Grand Reserve Country Club in Rio Grande, Puerto Rico, and the scores have followed — his 7-under 65 during Saturday’s third round was good enough to push him into a tie for the 54-hole lead at 14 under.

Murray was a white-hot 31 on the front Saturday, pushing atop the leaderboard with second-round leader Rafael Campos.

“Obviously, 5 under in nine holes is kind of a dream start. I had the putter rolling and just kind of kept it rolling throughout the round,” said Murray. “And I putted well yesterday, too, so kind of carried the momentum from yesterday.”

Murray is no stranger to winning opposite-field events. His lone PGA Tour victory came in 2016 at the Barbasol Championship. He has recently been on a medical major extension, but is back in the Korn Ferry category, hoping to gain a few more starts on Tour.

He knows that a big Sunday could make life much easier over the next few years.

“I got to buckle down when I get the opportunities. And we’re fighting for just as much on the line this week as any other week, except for just a few less points,” he said. “But a two-year exemption is still on the line, and Maui, and PGA and the Players Championship.

“I won an opposite-field event before and it changed my, you know, my life or my career, and I know how important these are, and I don’t take these for granted at all.”

After a positive COVID test briefly derailed him last summer, Murray has missed the cut in five of his eight starts on the PGA Tour this season, and hasn’t finished in the top 40 when he has reached the weekend (his top finish was T-42 in Phoenix, near the Arizona State University campus where he finished his collegiate career).

He didn’t anticipate much from his trip to Puerto Rico, either, as he was restricted on practice time due to chilly temperatures in his Charlotte, North Carolina, home.

“Honestly, I touched a club for about 30 minutes last week one day. I didn’t even — the weather — I was just doing a five-week-in-a-row stretch, and I was out there actually seven weeks, so I was really tired. And I just, my body needed it. My mind needed it. And, yeah, I saw Coach back home for like 30 minutes. And I had no expectations whatsoever coming in here, so yeah.”

Photos: #snowgolf is the real deal, but here are some warmer places to dream about 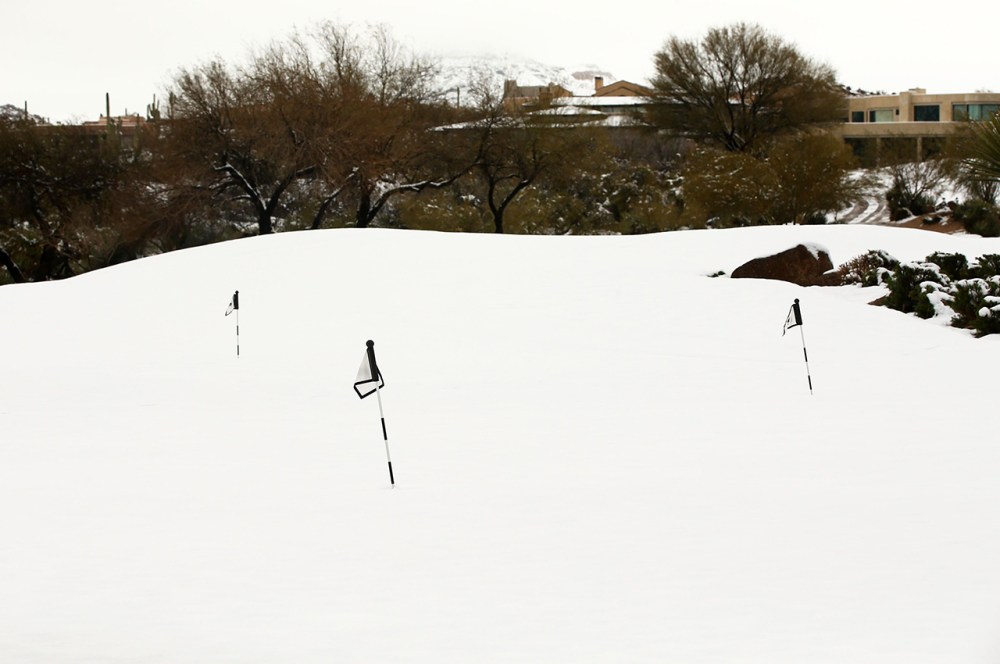 Meanwhile, Campos seemed to have the lead secured until a flubbed putt on the day’s final hole cost him a stroke, and dropped him back into a tie with Murray.

The locals are certainly pulling for Campos, who in 2016 was the first Puerto Rican golfer to lead a Tour event since World Golf Hall of Famer Chi Chi Rodriguez won the Tallahassee Open in 1979. Campos stayed in the hunt that year until Sunday, notching a T-8 and finished T-10 a year later.

Cameron Percy and Brenden Grace are tied for second, just a stroke off the leaders.

But Murray insists he isn’t fazed by a packed leaderboard, and he thinks he has the right approach for Sunday’s final round.

“Just stay confident and just hopefully have a good night’s rest and have a good warm-up in the morning. It’s been a long time since I have been in a situation like this, but I’m not afraid of the moment,” Murray said. “At the end of the day, you’ve still got to play good golf, no matter who’s chasing you or who I’m chasing. So Sunday pressure is always a little different.

“But, yeah, I mean, there’s some good players at the top, and it will be a good fight out there.”

Watch: Phil Mickelson takes off socks and shoes, hits from the mud at Cologuard...

U.S. Open: The conditions were right for a late charge...

Tracker: Follow Tiger Woods' opening round at the 120th...