The score of 27-7 in the Wallabies’ loss to the All Blacks on the weekend does not represent the competitiveness of what was another good match. Regardless of rankings or who holds the World Cup, the All Blacks are the best team in the world. They were the bookies’ favourites to win the Rugby Championship […] 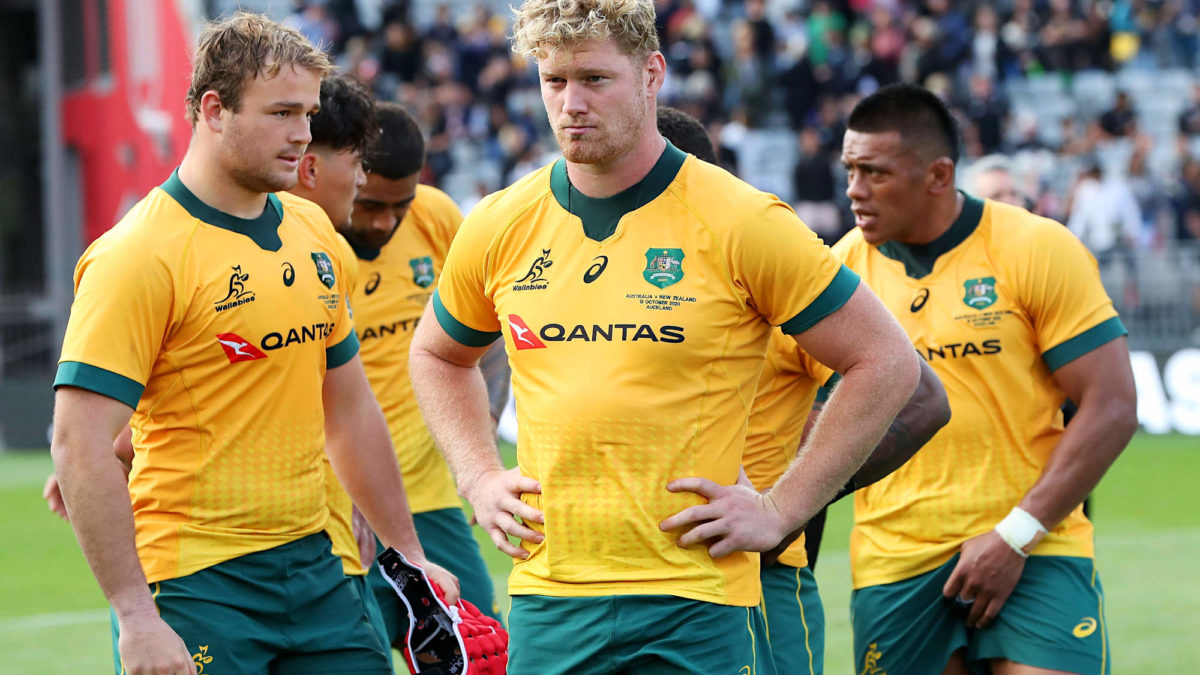 The score of 27-7 in the Wallabies’ loss to the All Blacks on the weekend does not represent the competitiveness of what was another good match.

Regardless of rankings or who holds the World Cup, the All Blacks are the best team in the world. They were the bookies’ favourites to win the Rugby Championship before South Africa pulled out and the bookies are rarely wrong.

New Zealand are unbeaten in 42 games at Eden Park since 1994, so playing them at the venue is the toughest task in rugby and the new Wallabies did not disgrace themselves.

Having done some analysis on the ruck from the game, Australia had nine different players who made a good attempt to steal the ball (i.e. hands on the ball and a strong clean our required). Of their 14 attempts made in total, three steals or penalties were won.

As for New Zealand, they had nine players make a good attempt to steal the ball, with 14 attempts made in total for four steals or penalties.

Not surprisingly, the score was just 10-7 at halftime. But in the second half, the men in gold fell away, with only five players making a good attempt to steal the ball for eight attempts made in total and just two steals or penalties.

Meanwhile, the All Blacks had nine different players make a good attempt to steal the ball from 12 attempts made and two steals or penalties won.

Also, attempting a pilfer and not winning the ball slows down the opposition’s ball.

If you look at each try conceded, the attacking team got quick ball and there were little attempts to slow the ball in the lead-up.

In the Ardie Savea try, three Wallabies were at the ruck and none made an attempt on the ball. The pill was passed out wide quickly against an unset line and Filipo Daugunu couldn’t make the tackle on Savea because he was trying to cover multiple players.

The same was true with the Australian try – no All Blacks slowed the ball and the Aussie ruck speed was so fast they could not adjust.

In these situations, even giving away a penalty to slow the ball is worth it.

Michael Hooper has coped a lot of flak over the years, however on the weekend he made the most attempts at ruck turnovers of any player on the park, six, and got the equal most turnovers, two.

With Fraser McReight in the wings, the Aussie openside future looks good. But it is not just the opensides’ job to win turnovers – it is the whole team! The Kiwis have known this for years and finally it looks like the Wallabies are starting to catch on.

There are green shoots with this new team. Although I do not agree with all of Dave Rennie’s selections, his tactics have been far superior to his predecessor.

If the Wallabies up their intensity in the ruck, in the second half in particular, the Bledisloe is not out of reach, as we have the advantage of two home games to come.

Although we must win both, this is the best chance we have had in years.

All Blacks by 20 means changes aplenty for Wallabies

Michael Hooper will remain as Wallabies captain for 2020

All Blacks go back to full-strength team to face Argentina...

Ngani Laumape and Sam Whitelock return to All Blacks team...