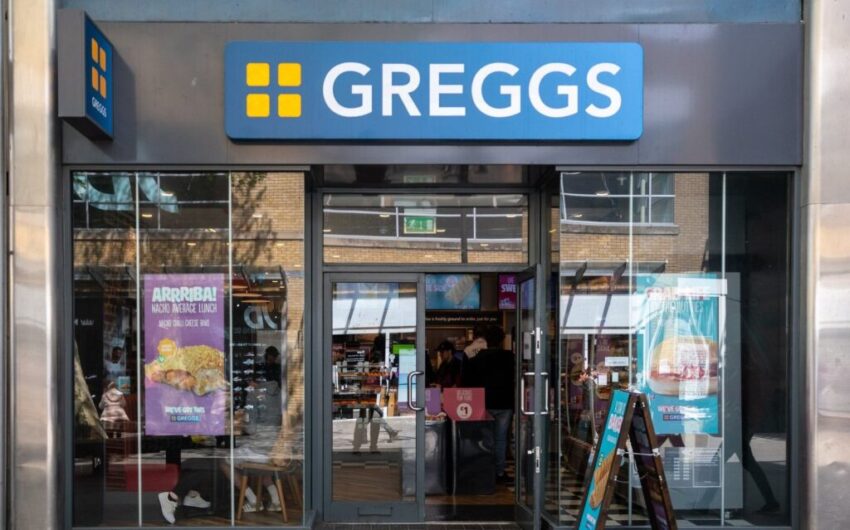 Greggs is set to reopen around 800 of its stores from next month as coronavirus restrictions are eased across Britain.

The bakery chain is expected to begin serving customers in mid-June, after it successfully trialled the reopening of a dozen stores in the North East earlier this month.

‘We have planned and delivered robust shop trials using our new operational safety measures and they have progressed well allowing us to now move to open an increased number of our shops from mid-June,’ a spokeswoman said.

The chain did not specify exactly how many stores it hopes to open, but it is understood to be around 800 of its 2,050 sites.

Greggs began the process of reopening a series of stores earlier this month, after the bakery chain closed its doors on March 24 due to the pandemic.

At the time, the chain said the decision to close was an attempt to protect staff from the spread of the virus and avoid crowds gathering for takeaways.

The company said: ‘Given the current and likely impacts of coronavirus we are now planning for the closure of our shop estate by close of business on Tuesday 24 March in order to protect our people and customers.’

The bakery chain had previously delayed plans to open 20 of its stores due to fears of overcrowding.

Draconian lockdown measures implemented by Boris Johnson amid the pandemic on March 23 have slowly been relaxed by the government in recent weeks.

The prime minister this week revealed plans to open non-essential retailers from June 15, after homewares stores including IKEA and Matalan were allowed to welcome customers back.

Bars, restaurants and pubs are still required to remain shut, but rules have allowed for takeaway and delivery services to remain open.

Earlier this month, McDonald’s began reopening its British stores, starting with 15 in and around London.

Starbucks also reopened 150 of its stores, with Nandos, Wagamamas, KFC and Subway among the fast food chains offering takeaway and delivery.

Read more:
Greggs to reopen 800 stores from mid-June after ‘robust trials’ in North East as coronavirus restrictions are eased

What Is White Label SEO?

How to Grow Your Small Businesses

We’re Green – Now What? by @HeidiDalzell

Cambridge University to hold all lectures online next year

Strategies to Stay Motivated During COVID-19 by @JenniferKemComm