Greyson Sigg moved into the lead position in the Korn Ferry Tour Championship on Saturday, and will take a one-shot lead over Dan (...) 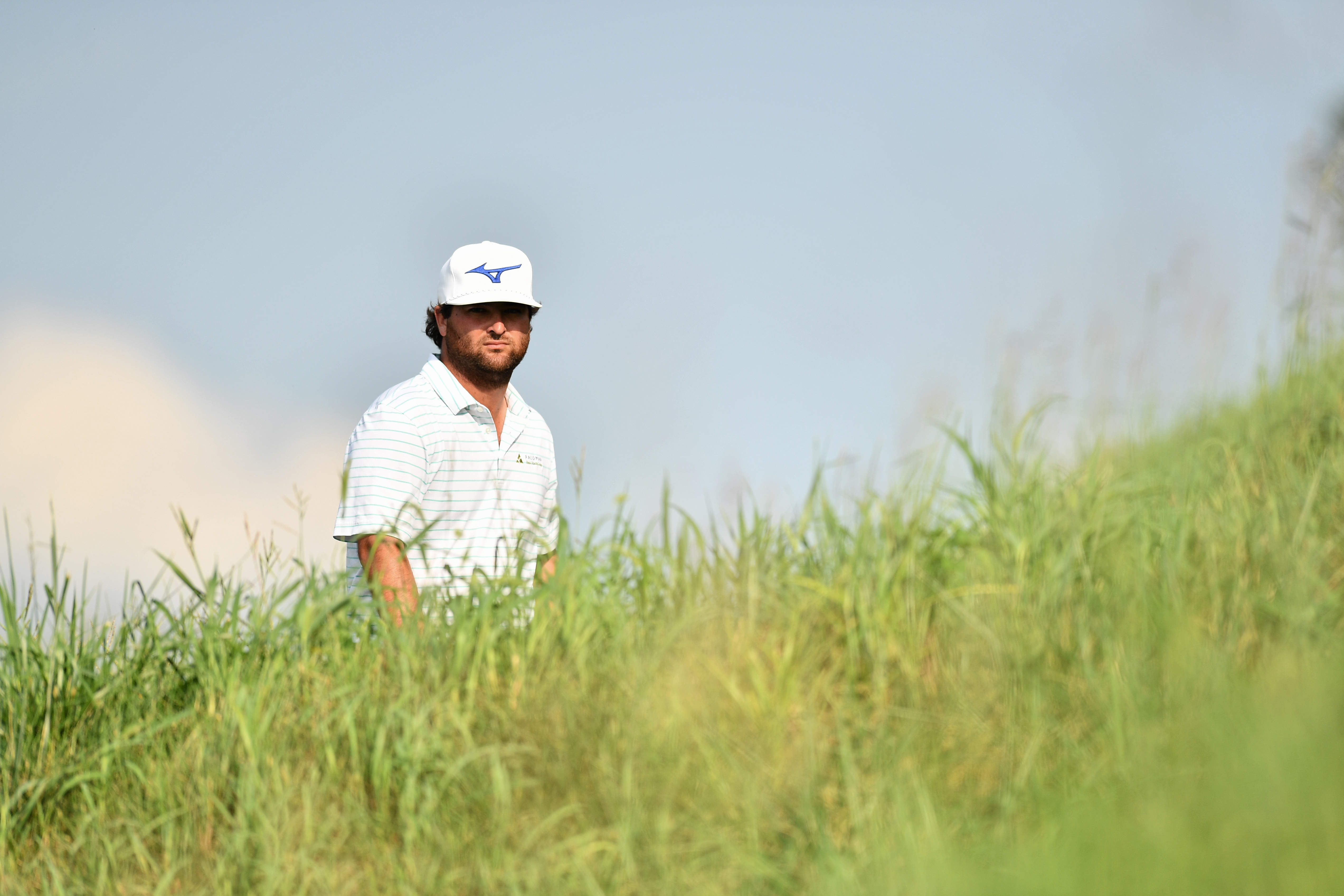 Greyson Sigg moved into the lead position in the Korn Ferry Tour Championship on Saturday, and will take a one-shot lead over Dan McCarthy into the final round at Victoria National in Evansville, Indiana. Sigg fired a 6-under 66 in the third round to back up opening rounds of 65-69. He stands at 16 under.

Sigg racked up the wins while playing college golf at Georgia, but on Sunday, he’ll be chasing his first Korn Ferry Tour title.

It couldn’t come at a better time, considering what is on the line this week. Five exemptions into the 2020 U.S. Open are available to the top-five players (not otherwise exempt) in a points list based on the past three events.

The top-10 players on the Korn Ferry Tour’s overall point standings at the conclusion of this week’s event will also gain entry into the PGA Tour’s opposite-field events during the 2020-21 season.

“I’ve been hitting it really well, giving myself a lot of opportunities and, you know, just kind of staying patient. And I was able to make a couple putts today, too, which is nice,” said Sigg. “Hopefully that putter stays hot for tomorrow.”

As for McCarthy, the 35-year-old who played his college golf at Le Moyne College, an NCAA Division II school in Syracuse, New York, is in his fourth full season on the Korn Ferry Tour. He started the week No. 31 on the points list.

Second-round co-leader Seth Reeves, already a winner on the Korn Ferry Tour this season, fell two spots into a tie for third with Dawie van der Walt. Reeves had a third-round 68 to reach 14 under for the week. Van der Walt had 67.

No one could quite match Anna Nordqvist in the second round of the Wal-Mart NW Arkansas Championship on Saturday. Nordqvist hasn’t made (...) 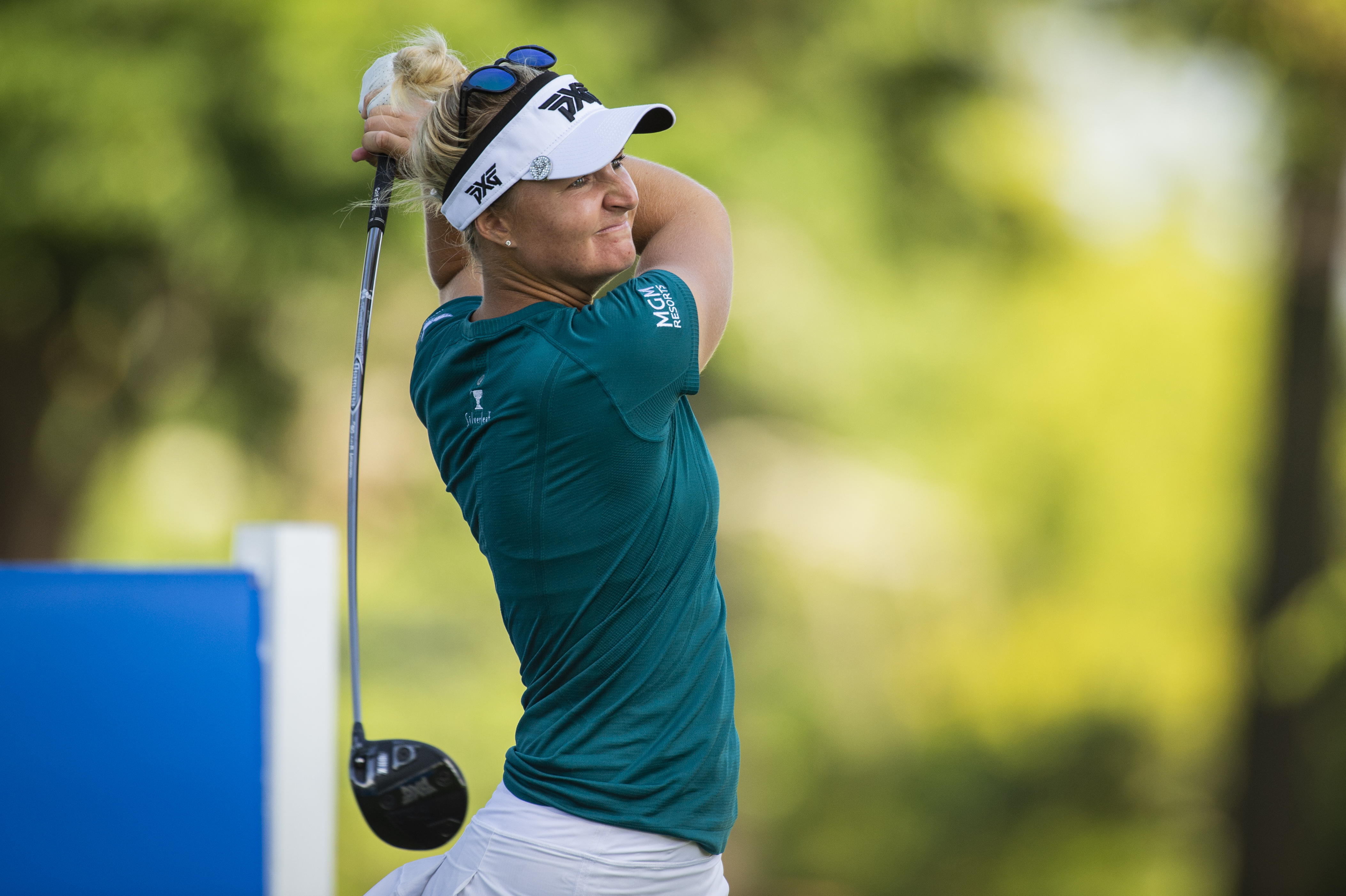 No one could quite match Anna Nordqvist in the second round of the Wal-Mart NW Arkansas Championship on Saturday. Nordqvist hasn’t made a bogey yet at Pinnacle Country Club in Rogers, Arkansas. An opening 64 followed by a stunning 9-under 62 on Saturday left her out of reach.

In fact, no one could get closer than three shots. That’s the margin Nordqvist will take into the final round of the Arkansas LPGA event.

Nordqvist kept giving herself opportunities and she kept capitalizing on them.

“I would say like it’s just nice to see hard work pay off, and also see a lot of, you know – I feel like I’ve been off for a little bit last couple years, but it’s just nice to have some sort of consistency back,” she said. “Yeah, not every week it’s not going to pay off, but I been trying to keep my head up and just keep going, keep working at it. Certainly when it does pay off, it’s a great feeling.”

The last of Nordqvist’s eight career LPGA victories came in 2017. She won the Bank of Hope Founders Cup and the Evian Championship, an LPGA major, that year.

It has been a bumpy road back to this level of confidence in her game, but Arkansas is a place that feels familiar.

“There is something about Arkansas,” she said. “Always liked this place. Probably one of the few places in the U.S. I could really see myself being because I like the atmosphere here.”

The closest player on Nordqvist’s heels on Saturday evening was Sei Young Kim, who won the CME Group Tour Championship in November. Kim had a second-round 64 to reach 13 under.

Nelly Korda, Jenny Shin and Austin Ernst were all tied for third at 12 under.

U.S. Open: Winged Foot gets a thumbs up from players who...

Changes paying off for Brandt Snedeker in Las Vegas