Romain Grosjean reckons he's "still got it" after leading half of Saturday's IndyCar round at the IMS and... The post Grosjean: Leading IndyCar race 'felt like the good old days' appeared first on F1i.com.

Romain Grosjean reckons he's "still got it" after leading half of Saturday's IndyCar round at the IMS and finishing second, a performance that remined him of his "good old days" of winning.

Grosjean started his third IndyCar race with Dale Coyne Racing from pole and led the GMR Grand Prix at the Indianapolis Motors Speedway for 44 laps before succumbing to the efforts of Ed Carpenter Racing's Rinus VeeKay.

But the former Haas driver's performance, less than six months after his fiery crash in the Sakhir Grand Prix, was the talk of the weekend at the Brickyard.

"Well, it feels like the good old days when I enjoyed winning races," Grosjean told RACER.

"In Formula 1, when you don’t have a good car, it beats you up a bit and yes, you lose a bit of self-confidence.

"You don’t know if it’s you or the car, and sometimes you ask yourself, but it was good people around me to remind me what I was capable of.

"I came here as a challenge in IndyCar and also, every decision means it’s a risk. But I came in and I say, ‘look, I want to see what I’m capable of doing. I think I’ve still got it. I can do good’.

"Yeah, this weekend has been gaining proof that they were right. Barber already gave me really good confidence. St. Pete was a touch less competitive. But this weekend, we were definitely on it."

Grosjean believes his performance not only silenced his critics but also validated his choice to head to America this year to take a shot at IndyCar.

"Formula 1 has been an incredible part of my life and I don’t regret any of it, but obviously at the end decided to stop because I wanted to fight for wins," he added.

"I knew they were an option that we could be competitive and fighting for good positions here, and that’s what was the motivation I had.

"After being 10 years in Formula 1, it was easy for people to say, ‘oh, this is a bad driver’. But I’m here, I’m enjoying my time and doing the best I can.

"This weekend, we’ve shown the team know what to do with a good car and I know how to drive it."

Esteban Ocon will head to Monaco next week pumped up to achieve a good result with Alpine which... The post Ocon confident Alpine can fight Ferrari in Monaco appeared first on F1i.com. 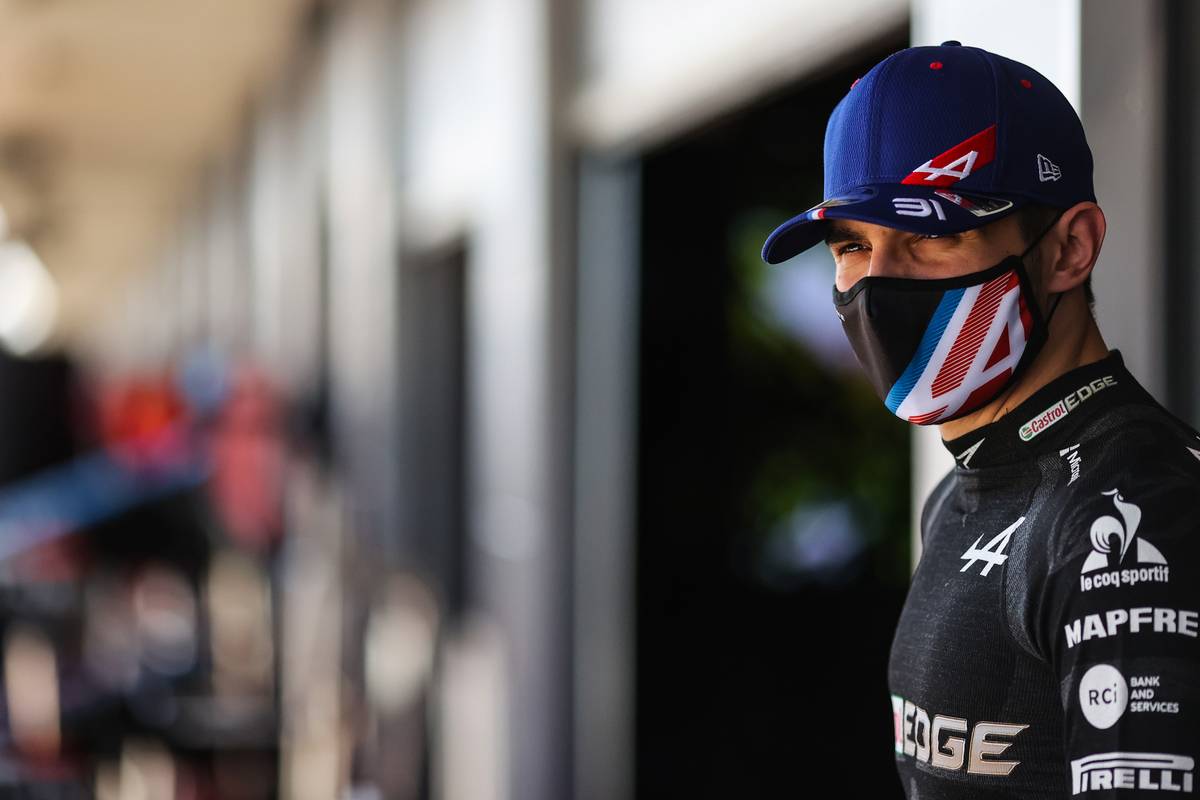 Esteban Ocon will head to Monaco next week pumped up to achieve a good result with Alpine which he says can fight top F1 midfield contender Ferrari in the Principality.

McLaren and Ferrari have detached themselves from their rivals, the two teams - separated by just five points - sitting respectively P3 and P4 behind Mercedes and Red Bull in the Constructors' standings.

But in Barcelona, Ocon qualified 5th in between the Scuderia's Charles Leclerc and Carlos Sainz, and ahead of both McLaren's drivers.

The Frenchman was beaten to the checkered flag on race day by both outfit's chargers but Ocon reckons that Alpine's qualifying pace could set up the French squad for a productive Sunday in Monte Carlo.

"I think we should be in good shape in Monaco," Ocon told the media earlier this week. "I think we are going to be able to perform as good [as in Spain] so I think we can give a fight to Ferrari and the other cars around them in qualifying, I’m pretty confident about that.

"The area where we are focused in for Monaco is the race. But it's hard to overtake so it's less of a critical point.

"I think we are a bit slower than Ferrari and McLaren at the moment on pure race pace."

Looking back at last weekend's Spanish GP, a glance at the sector times in qualifying at the Circuit de Catalunya underscored the pace of Ferrari's SF21 through the track's slower Monaco-like third sector. Ocon's confidence of outperforming the Scuderia's drivers on Saturday  could be challenged.

"Looking at the third sector in Spain we were quite competitive," said Leclerc last weekend. "Of course, it's different in Monaco but we seem to have a strong car so hopefully we can be competitive and have a good result."

Sainz was equally confident of Ferrari's potential in the glitzy Principality next week based on the sector numbers in Spain.

"Monaco is a very specific circuit," Sainz said. "Having good downforce in the last sector in Spain gives you a good feeling and a good state of mind going into Monaco.

"Monaco then has a lot of specifics in terms of car setup, tyre preparation for qualifying, the cars are so different in Monaco.

Seidl: No 'bad blood' between McLaren and Mercedes over...