Gwen Stefani continues to reminisce on her wedding to Blake Shelton, and gave fan a look at when she said yes to the dress on Tuesday (Sept. 20) via Instagram. 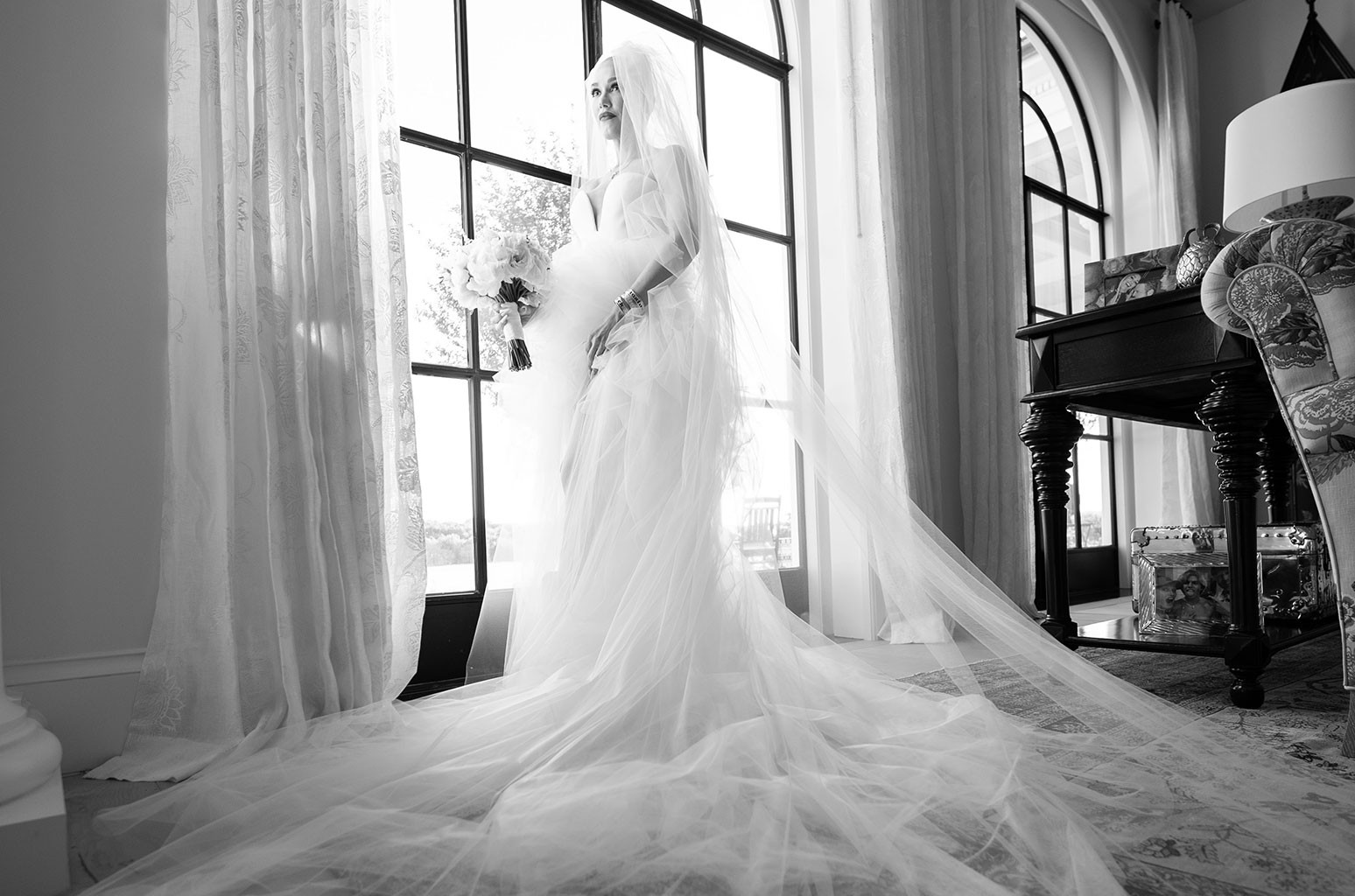 Gwen Stefani is still living in newlywed bliss with husband and country singer Blake Shelton. On Tuesday (Sept. 21), the “Nobody But You” singer hopped on Instagram to share behind-the-scenes videos of her in wedding dress fittings just before she said yes to the gown she wore on her big day in July.

The post featured Stefani in the stunning gown with a plunging neckline and white heeled boots, walking up and down the bridal showroom as if practicing for her walk down the aisle. Stefani attended her fitting with her personal stylist, Rob Zangardi, and costume designer Mariel Haenn. In the captions, Stefani told followers the videos are from “the moment I said yes to the dress,” along with a “#seconddressitriedon” hashtag. Stefani went with a gown designed by fashion designer Vera Wang.

More marital bliss appears to be in Stefani and Shelton’s future, as the two have yet to go on an official honeymoon. In a July interview with SiriusXM’s Storme Warren, Shelton shared, “We still are probably going to [go on a honeymoon]. We did have some time after the wedding, just she and I, but you know, we wanted something calm for a minute and not to run off and then go do something else. We just stayed there in Oklahoma and had some quiet time, just she and I.”

Netflix Has Its Own Britney Spears Conservatorship Documentary: Watch a Teaser

Harry Styles, Jon Bon Jovi and Celeste were among the winners at the U.K.-based 2021 Ivor Novello Awards, which took place Tuesday (Sept. 21) at the Grosvenor House in London.…

Harry Styles, Jon Bon Jovi and Celeste were among the winners at the U.K.-based 2021 Ivor Novello Awards, which took place Tuesday (Sept. 21) at the Grosvenor House in London.

“Ivor Novello Awards have a special place in the music community as they are judged and awarded by songwriters and composers to their peers,” the Ivors Academy said in a statement. The awards, presented in partnership with Apple Music, are in their 66th year.

Styles’ “Adore You,” from his second solo album, Fine Line, was named PRS for music most performed of 2020. The song, written by Styles, Amy Allen, Tyler Johnson and Kid Harpoon, earned the team their first Ivor award.

Jon Bon Jovi and his longtime lead guitarist Richie Sambora were awarded the special international award with Apple Music. The award recognizes the duo’s four-decade career that birthed a repertoire of classics, including “Livin’ on a Prayer” and “You Give Love a Bad Name.”

Singer-songwriter Celeste and Jamie Hartman took the award for songwriter of the year for penning the Finneas-produced ballad “I Can See the Change.”

Best album went to Liane La Havas’ self-titled album, which was co-written with Matthew Hales. La Havas was first nominated for an Ivor in 2013 for her debut Is Your Love Big Enough?

Of the 26 singers and songwriters who were honored at the ceremony, 70% were first-time winners.

Best original video game score: “Ori and the Will of the Wisps,” composed by Gareth Coker

Songwriter of the year: Celeste and Jamie Hartman

The Ivors inspiration award:  Alison Goldfrapp and Will Gregory