Haggard Cat are releasing a surprise 10″ EP and heading out on tour, all in an effort to cheer up. During the promotional period for Challenger, the last album by Haggard Cat, the two-piece riff mongers from Nottingham decided to brick themselves up in a walled box for twenty-four hours, a PR exercise to make […] The post Haggard Cat drop a surprise EP and head out on tour – news appeared first on Louder Than War.

Haggard Cat are releasing a surprise 10″ EP and heading out on tour, all in an effort to cheer up.

During the promotional period for Challenger, the last album by Haggard Cat, the two-piece riff mongers from Nottingham decided to brick themselves up in a walled box for twenty-four hours, a PR exercise to make a point about how we were isolating ourselves from Europe. Annoyingly, a few weeks later the rest of the promotional duties were put on hold as the world locked themselves away between their four walls as the pandemic took its grip.

Like many, Haggard Cat found themselves in limbo and eventually without a label. Unlike many, the band decided that rather than play online gig after gig for ticket money they would instead write and record new material, ready to unleash once the pandemic started to lift.

Quit Your Jobs is the title track from a forth-coming self-released EP, titled Cheer Up. The lead track takes its lyrical inspiration from their former record label who kept insisting the only way forward for the band was indeed to quit their jobs, an idea that is rather untenable in the best of times, and one that would’ve proven catastrophic should Haggard Cat have taken the label’s advice what with the lockdowns that were soon to take hold worldwide.

Musically it’s business as usual, Matt Reynold’s massive riffs crashing headlong into Tom Marsh’s furious drumming, only this time with producer Adrian Bushby on board that drum sound seems to nod towards the Lars infamous drum style on Metallica’s St. Anger album, which, despite what the nerdiest of stubborn Metallica fans may say, is no bad thing whatsoever.

Haggard Cat embark on a rather large tour of the UK later this year, which was initially intended to promote their last album, but is now to is to showcase the new EP, which is somewhat serendipitous, all things considered. You can pre-order the EP via the band’s website, and should social distancing guidelines allow, mosh away to those same bangers on the tour dates listed below:

All words by Christopher Lloyd. You can find more of Christophers writings at his aurhor’s archive.

The post Haggard Cat drop a surprise EP and head out on tour – news appeared first on Louder Than War. 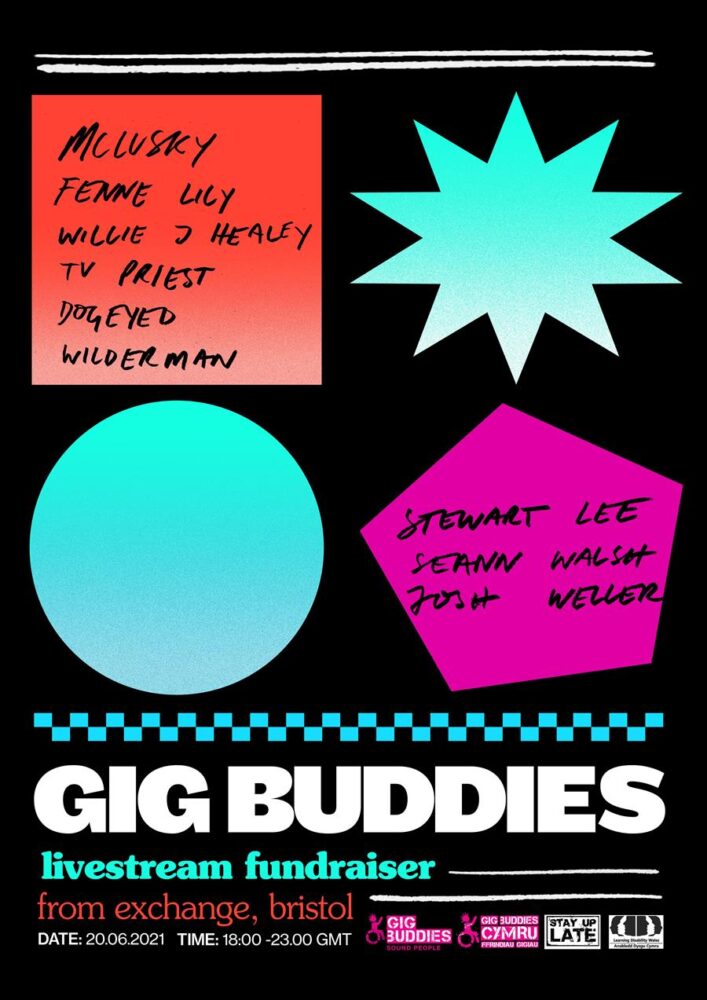 IDLES bassist Adam ‘Dev’ Devonshire has organised an online event in aid of the charity Gig Buddies that matches adults with learning disabilities with a volunteer who shares the same interests so they can attend events together.

Dev has also organised an online raffle that people can enter to win prizes from such acts as The National, Sharon Van Etten, Mogwai, Slowdive and BEAK> and artwork from the likes of Bristol artist Sickboy, The Maccabees’ Orlando Weeks and Bristolian gig legend Big Jeff.

The Gig Buddies scheme was founded in Brighton by the charity Stay Up Late in 2012 and has since spread to 11 other chapters across the UK, plus one in Sydney, Australia.

“After witnessing first-hand what vital and wonderful work Gig Buddies do, It has been an honour and a privilege for me to be working with them and to help raise awareness of the wonderful service that they provide, says Dev. “Music and live events provide us all with so much happiness and catharsis, everyone deserves to have that joy in their lives.

“As we’re all hopefully getting back to a place where live events will be happening again, now is a great time to raise awareness for the charity.”

The event will be streamed from Exchange in Bristol on Sunday June 20th. Tickets are available to purchase now for a suggested donation of £5 with an additional option to enter the raffle.

To purchase tickets for the event and/or buy raffle tickets, please go to: http://hdfst.uk/E64312

For more information on Gig Buddies then you can visit their official website here: https://stayuplate.org/gigbuddies/

Words by Paul Clarke. You can see his author profile here.