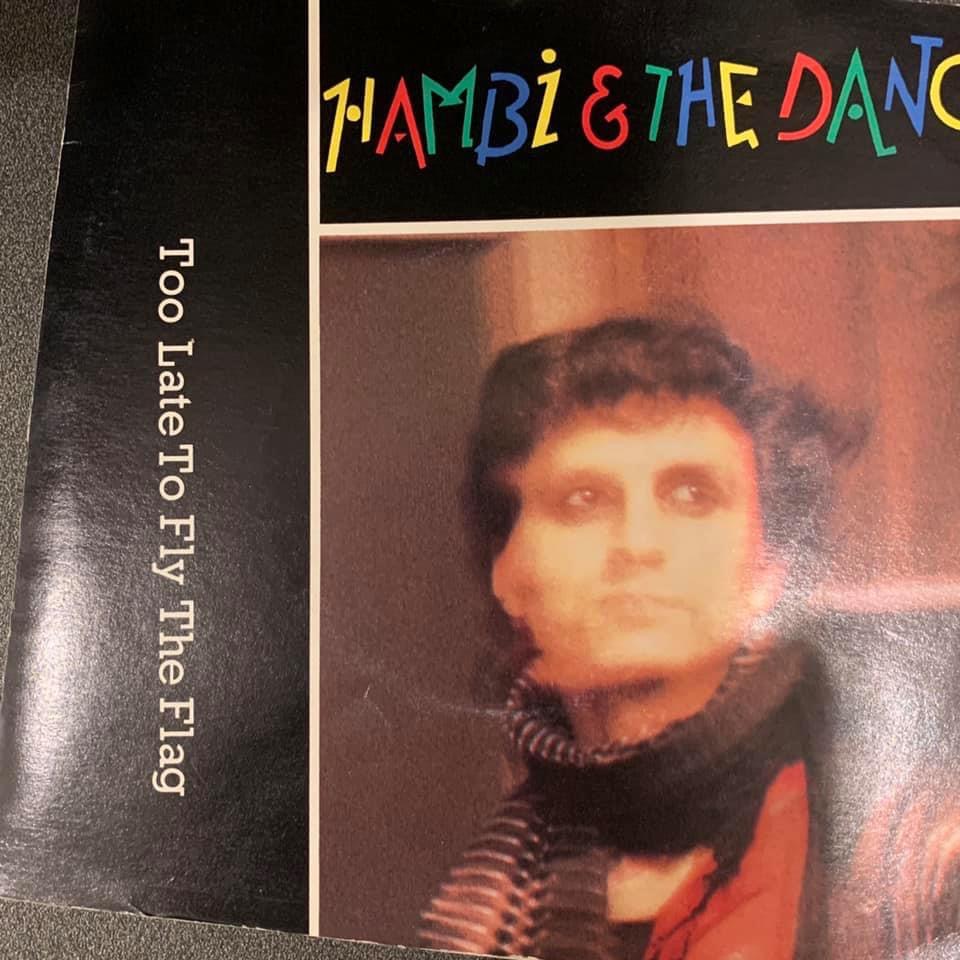 We are sorry to hear of the death of Liverpool music scene legend Hambi Haralambous. The former frontman of Hambi and the Dance was one of those people who should have made it from the city’s vibrant and creative melting pot but somehow was overlooked. His band had the songs, the style and the magic but often that’s not enough. He also owned Pink Studios where Oasis recorded much of the early demos as well as many other bands and was always a great host.

Much loved in the Liverpool music scene his death has seen many tributes including this one from Wayne Hussey.

From Wayne: I’ve just heard the incredibly sad news that my old friend and band mate from my Liverpool days, Hambi Haralambous, has passed away this evening. When I first moved to Liverpool in early 1978 Ton Trix were my favourite Liverpool band. Hambi was the singer and played rhythm guitar. I got to work with him a couple of years later and together we formed Hambi & The Dance. We didn’t always see eye to eye and us working together was fairly short lived – both being strong willed people and wanting to be in control – but to me it’s always been one of life’s great mysteries that Hambi never achieved the musical success that a lot of his local peers did. He was very charismatic, good voice, wrote good songs, and was very good looking. Never understood why he wasn’t one of Liverpool’s more celebrated sons. I hadn’t seen him for many years but we met up in 2017 when I visited Liverpool and we had a lovely old catch-up and reminisce. He was still irrepressibly and reassuringly Hambi.
I’d heard he’d gone into hospital 3 or 4 weeks ago with Covid-19 and he was brave enough to post a photo on his FB page from his hospital bed. I wrongly assumed he must be on the mend. Sadly not so.
My heart and very best thoughts goes out to Lesley, Hambi’s wife, and his family and close friends. You’ll be missed, Hambi, Liverpool won’t be the same without you. Have a good journey, my friend. x

The post Hambi (Hambi and the Dance and Liverpool music scene legend) RIP appeared first on Louder Than War.