Lewis Hamilton gave a big thumbs up to Sebastian Vettel's decision to remain on the grid next season... The post Hamilton: Aston Martin move is 'ideal direction' for Vettel appeared first on F1i.com. 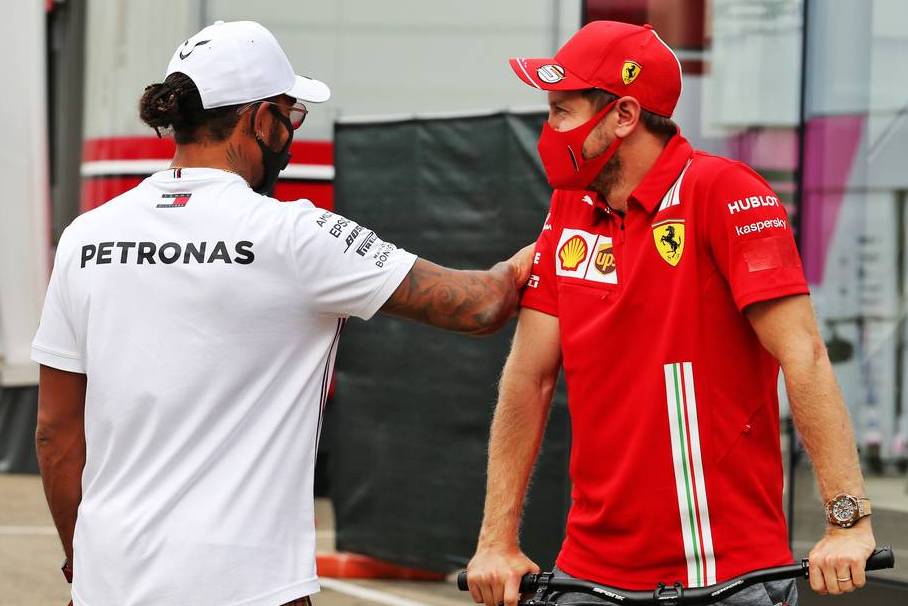 Lewis Hamilton gave a big thumbs up to Sebastian Vettel's decision to remain on the grid next season with Aston Martin Racing.

Racing Point confirmed Vettel's multi-year deal on Thursday, bringing an end to months of speculation about the future of Hamilton's former arch-rival.

"I was really pleased to hear it because that team has new ownership, has already taken a huge step forward in its performance and it will continue to grow," commented the Mercedes driver.

While the fans of Sergio Perez will lament their driver's exit, Hamilton believes that Vettel's credentials and invaluable experience will take Racing Point to the next level.

"I believe that experience counts for a huge amount," argued the six-time world champion.

"He’s obviously had a difficult time at Ferrari but he’s a four-time champion that can steer that team even further in a better direction in terms of car development.

"I think you should never take that for granted. It’s a great move for the team."

"Of course, I’m sorry for Sergio," Hamilton added, "but he’s a great driver and I’m sure he’ll have other options."