The original Broadway cast recording of "Hamilton: An American Musical" surges to a new peak on the Billboard 200 albums chart. 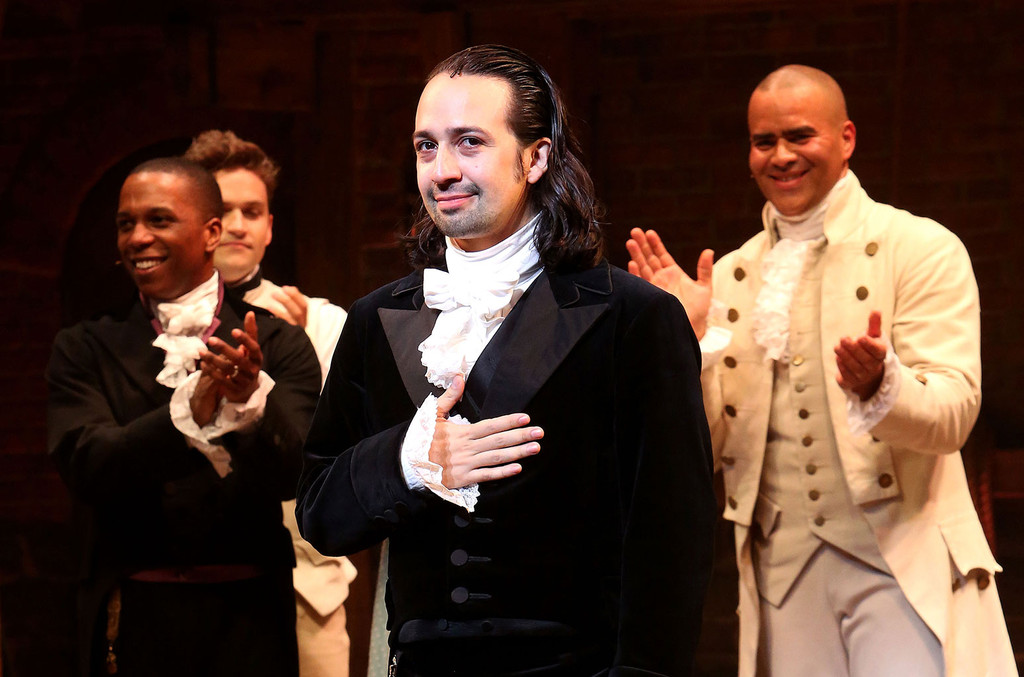 The original Broadway cast recording of Hamilton: An American Musical surges to a new peak on the Billboard 200 albums chart, as the set vaults from No. 14 to No. 2 in the wake of the show’s Disney+ premiere on July 3. The album earned 102,000 equivalent album units (up 294 percent) in the U.S. in the week ending July 9, according to Nielsen Music/MRC Data. Of that sum, 32,000 are in album sales (up 592 percent).

The last cast recording to reach the top two on the chart was the original cast album of Hair, which spent 13 weeks at No. 1 in 1969.

The Hamilton album is basking in the glow of the Disney+ streaming premiere of the filmed version of the Broadway stage show, with most of the original Broadway cast.  The set previously peaked at No. 3 on the July 2, 2016-dated chart, following the 2016 Tony Awards, where the show won 11 trophies, including best musical.

The Billboard 200 chart ranks the most popular albums of the week in the U.S. based on multi-metric consumption as measured in equivalent album units. Units comprise album sales, track equivalent albums (TEA) and streaming equivalent albums (SEA). The new July 18-dated chart (where Hamilton soars to No. 2) will be posted in full on Billboard’s website on July 14.

With Hamilton’s rush back up the chart, it sets a couple new personal bests, as well as some eye-popping feats for cast recordings.

Highest-Charting Cast Album Since 1969: With Hamilton surging to No. 2, and surpassing its previous high of No. 3, the cast album is the highest charting cast album since the original cast recording of Hair spent 13 weeks at No. 1 in 1969 (on the April 26 through July 19-dated charts). Until this week, Hamilton was tied with the original Broadway cast recording of The Book of Mormon as the highest charting cast album since 1969, as Mormon peaked at No. 3 in 2011.

250 Weeks on the Chart: Hamilton celebrates its 250th week on the Billboard 200 chart. The set has never left the tally since its debut at No. 12 on the Oct. 17, 2015-dated list. That’s the longest run by any cast album since the highlights edition of the original London cast recording of The Phantom of the Opera, which has logged 331 weeks on the list between 1990 and 1996.

A Long, Long Climb to the Top Two: Hamilton reaches No. 2 in its 250th chart week (all consecutive) – the slowest climb to the top two ever on the chart in terms of weeks on chart. Hamilton was released on Sept. 15, 2015, so it reaches the top two (and a new peak) just shy of the fifth anniversary of the album’s release.

The last album to take longer to reach the top two, in terms of counting between release date and peak date, is Tom Petty and The Heartbreakers’ Greatest Hits. The album re-entered at its peak of No. 2 on the Oct. 21, 2017-dated chart following Petty’s death on Oct. 2, 2017. The album was released on Nov. 16, 1993. When it re-entered at No. 2, it was the 235th week on the chart for the album, as it had not been charting consistently since 1993.

Largest Week, by Units, for a Cast Album: With 102,000 equivalent album units earned, Hamilton tallies the biggest week for any cast recording since Billboard and Nielsen Music/MRC Data began tracking albums by units in December 2014. Hamilton beats its own record, as it previously held the biggest week, by units, for a cast album since December 2014 – when it net 62,000 units on the July 2, 2016-dated chart.

Biggest Sales Week for a Cast Recording Since … Hamilton: With 32,000 copies of the album sold in the latest tracking week, Hamilton tallies the largest sales week for a traditional cast album since Hamilton itself moved 37,000 copies over the Christmas week of 2016 (reflected on the Jan. 14, 2017-dated charts). (Since then, one album categorized as a cast album sold more, but it’s not a traditional musical show recording: Bruce Springsteen’s one-man Broadway show Springsteen on Broadway saw its album open with 38,000 copies sold on the Dec. 29, 2018-dated chart.)

So far, Hamilton has sold 1.97 million copies in the U.S.

Kim Kardashian Shares a Sweet Throwback Video of Kanye West in Honor of His Late...

Kim Kardashian honored her late mother-in-law, Donda West, with throwback videos of Kanye West on July 12, what would've been her birthday. 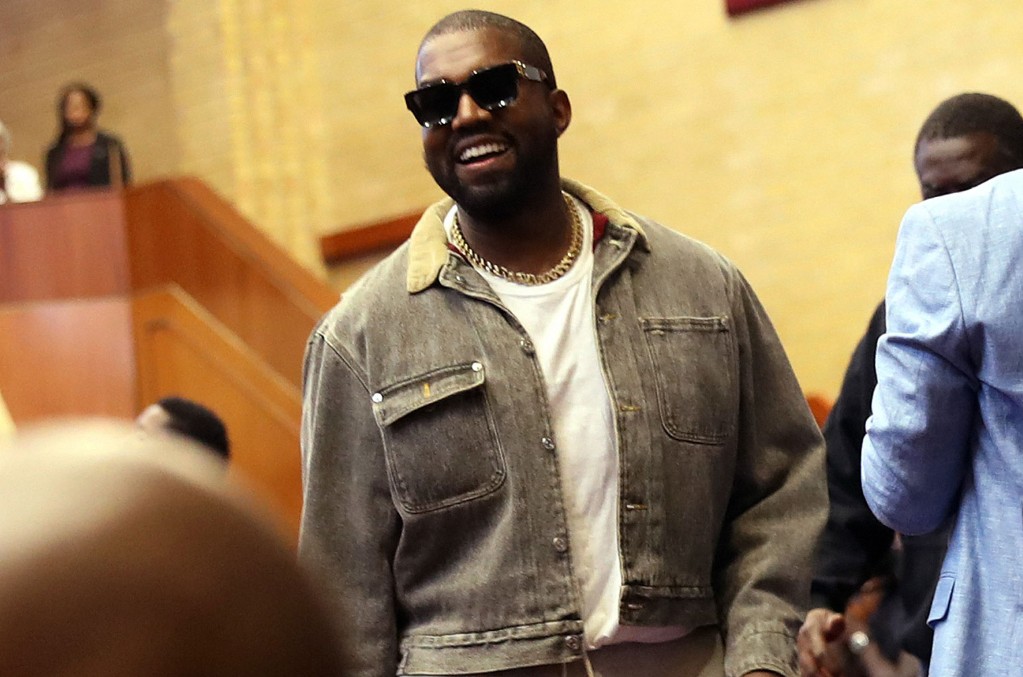 Kim Kardashian honored her late mother-in-law, Donda West, with a sweet tribute to mark what would’ve been her 71st birthday on Sunday (July 12). The Keeping Up With the Kardashians star shared a vintage video of husband Kanye West singing his song “Hey Mama” off 2005’s Late Registration via Twitter and Instagram Stories.

In the clip, the rapper can be seen smiling broadly as he sings and dances alongside Donda in a home kitchen. West told Oprah Winfrey in 2005 that he wrote the tune for his mother in 2000. “It’s one of my favorite songs,” he said at the time.

The rapper has previously performed the song on Mother’s Day 2019 during a special edition of his Sunday Service events.

Donda died in 2007 from post-surgery complications. She was 58.

The “Wash Us in the Blood” rapper, who has been a vocal supporter of Donald Trump, made headlines on July 4 when he made the surprise announcement that he was jumping into the 2020 presidential race four months before the election. “We must now realize the promise of America by trusting God, unifying our vision and building our future. I am running for president of the United States,” he tweeted on the holiday.

Since making his declaration, Elon Musk has thrown his support behind the artist and fashion designer, who has not yet filed the required paperwork. Others, such as Jamie Foxx and Katy Perry, have criticized his announcement.