Lewis Hamilton was handed a special prize for equalling the all-time Formula 1 record of 91 victories originally... The post Hamilton 'honoured' by Schumacher tribute for matching record appeared first on F1i.com. 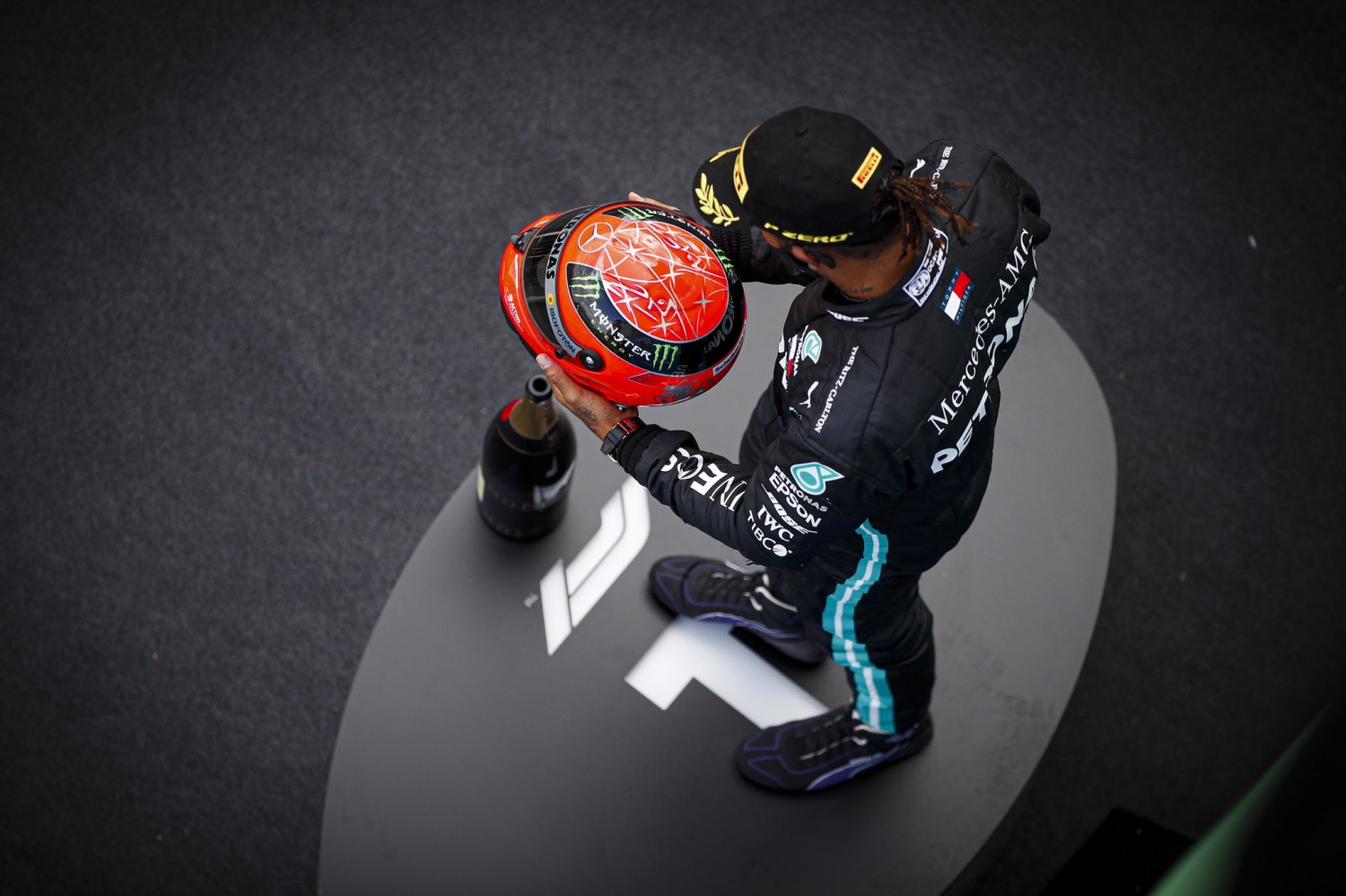 Lewis Hamilton was handed a special prize for equalling the all-time Formula 1 record of 91 victories originally set by Michael Schumacher in 2006.

After winning the Eifel Grand Prix at the Nurburgring, Hamilton was presented with one of Michael's race helmets by his son Mick, himself a rising star in Formula 2 tipped to enter F1 with Alfa Romeo next season.

Hamilton admitted that he couldn't believe that he'd equalled one of the sport's most impressive and towering achievements.

"As I came into the pit lane, that was only when I realised that I’d equalled him," he said. "I hadn’t even computed it when I crossed the line.

“I’m honoured," he said. "I don’t know what to say, when you grow up watching someone and idolise them.

"Just in terms of the quality of the driver they are but what they are able to continuously do, year on year, and race on race, and week on week.

"Seeing his dominance for so long, I don't think anyone and especially me didn't imagine I'd be anywhere near Michael in terms of records.

"It's an incredible honour and it's going to take some time to get used to it. 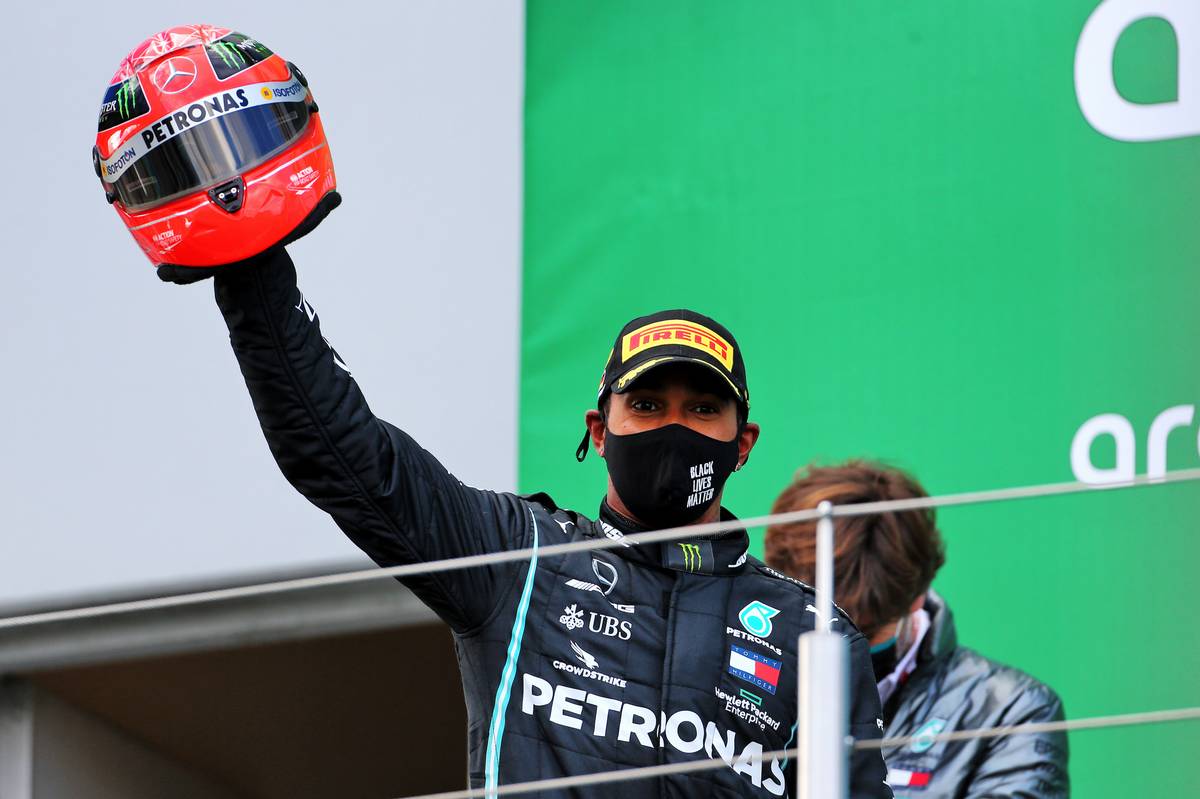 “Everyone knows he is an icon and a legend of the sport, what he achieved in so many areas, pushing the limit in terms of physicality, he was a pioneer in being the fittest driver,”

“What he did at both teams he was at, particularly Ferrari, was just remarkable," he added. "Particularly for me that number is so big that when it is so far away it is hard for people to perhaps fully understand how hard it was to get those 91 wins.

"I can only tell you it doesn’t get easier from your first win to your 91st it has been a long hard run. Michael is and will always be a legend of the sport."

Schumacher clinched his seven titles and 91 race wins with Benetton and Ferrari, but returned from retirement in 2010 to help set up the Mercedes F1 squad before eventually handing over to Hamilton in 2013. 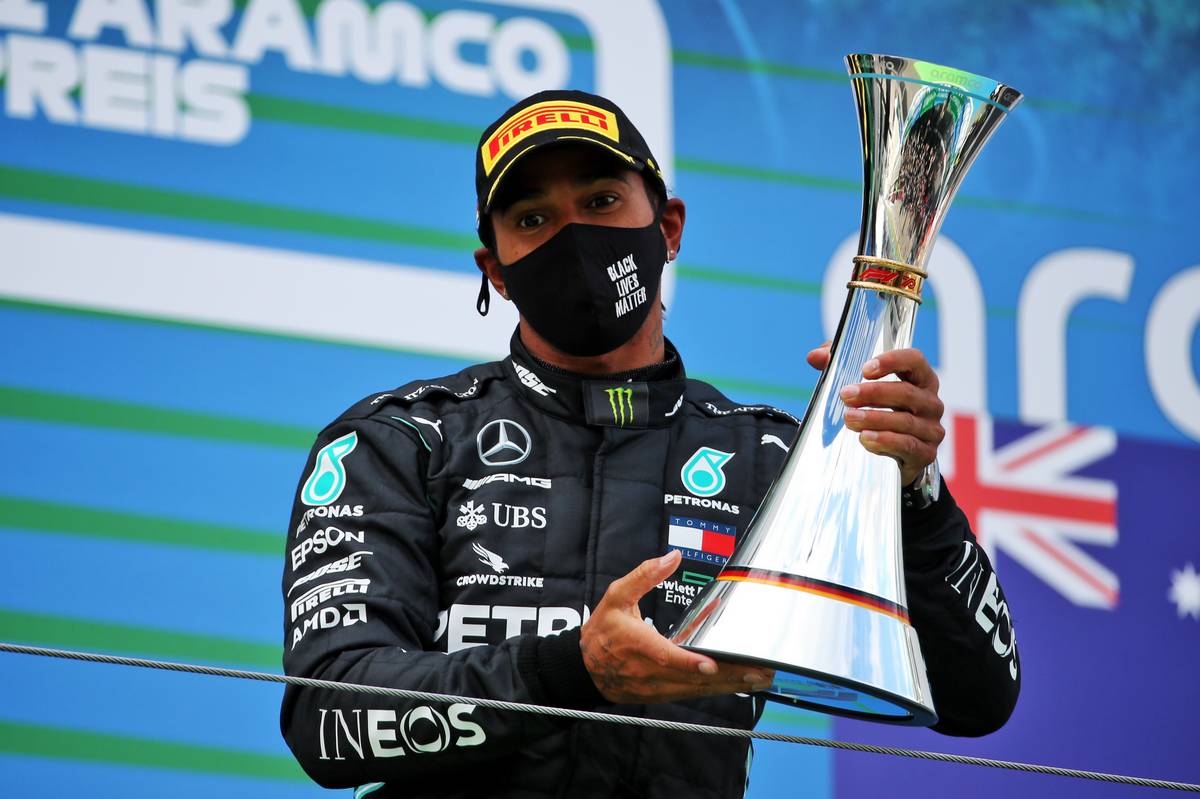 "I couldn’t have done it without this incredible team," he acknowledged. "Everyone continuing to push behind me and giving it their everything. A big thank you to them - and huge, huge respect to Michael.”

"It is unbelievable that Lewis has reached those 91 wins," said Mercedes team principal Toto Wolff.

"For me, Michael stands above all. He is an icon, and personally, equalling that record and us equaling the Ferrari record last year is almost surreal.

"Records are there to be broken and I think that is what Michael said as well," he added. "Lewis is still on his journey, but maybe there is somebody in nursery or school that will someday go for the Lewis record as well

Hamilton: Brakes 'definitely on the limit' for second Mugello...