Hamilton: 'We were all sliding around out there!'

Lewis Hamilton admitted that finding grip had been hard work during Friday practice at Circuit Paul Ricard ahead... The post Hamilton: 'We were all sliding around out there!' appeared first on F1i.com. 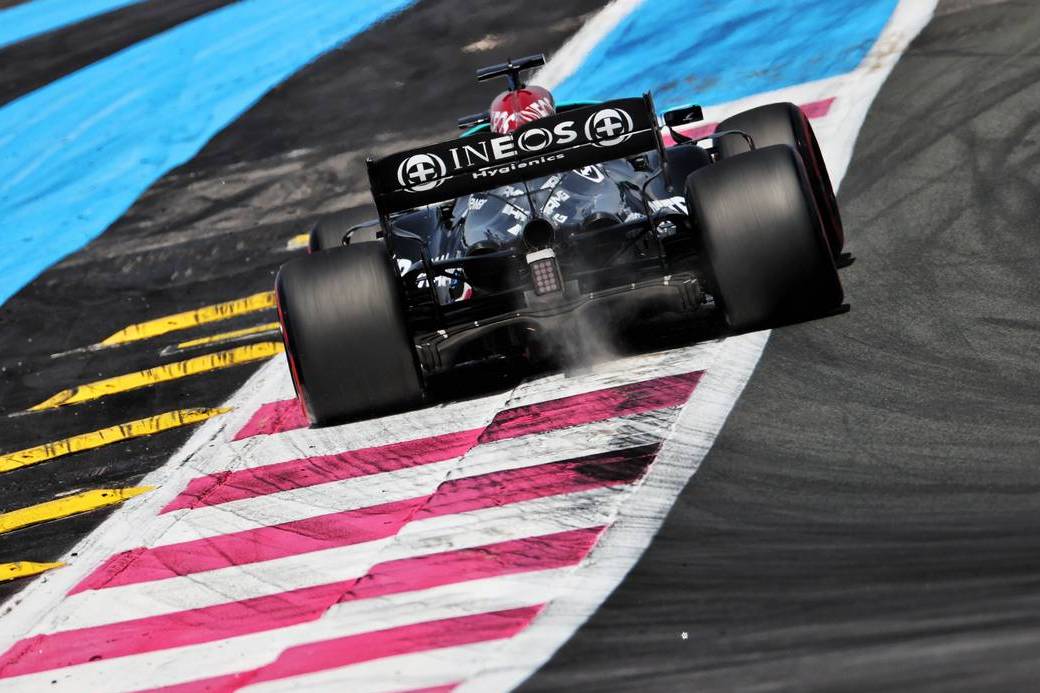 Lewis Hamilton admitted that finding grip had been hard work during Friday practice at Circuit Paul Ricard ahead of this weekend's French Grand Prix.

The reigning world champion was second quickest in the morning, a third of a second slower than his Mercedes team mate Valtteri Bottas. Although he narrowed the gap in the afternoon, he also slipped to third place with Max Verstappen ging fastest.

"It was quite a struggle out there, probably for everyone," he acknowledged afterwards.

"I don't know if it's the track surface, the temperature or these inflated tyres - the pressures are higher than ever before - but we were all sliding around out there," he told Sky Sports F1.

"They put the pressures up higher than ever before, one of the highest, so it’s difficult to say.

"We'll be doing a lot of analysis tonight with the hope that it's better for tomorrow, but the times don't look terrible and we're in the battle, so that's positive."

"I’m looking at every option. We’ve made lots of changes, we will probably do a lot of analysis again tonight with the hope that it’s going to be better tomorrow but we wont know [until] we get back out tomorrow."

Hamilton brushed off the impact of switching chassis with Bottas since Baku. “It’s a different track,” he said. "Very rarely do you have any differences between the chassis.”

A lot of the analysis will focus on tyre performance. Bottas set his best time on the medium tyres and Hamilton was unable to match it on the nominally faster soft compound, but it's the hardest tyre that looks to be working best for Mercedes this weekend.

"The hard compound is the better-feeling tyre, it felt heavy-duty which is important with the temperatures here," Hamilton commented.

"The softer you go the worse it feels, so I imagine the hard tyre will be the one everyone wants to get onto in the race on Sunday."

Mercedes' chief race engineer Andrew Shovlin added that the reduced length of the Friday practice times was leaving the team scrambling to get everything don that it needed. 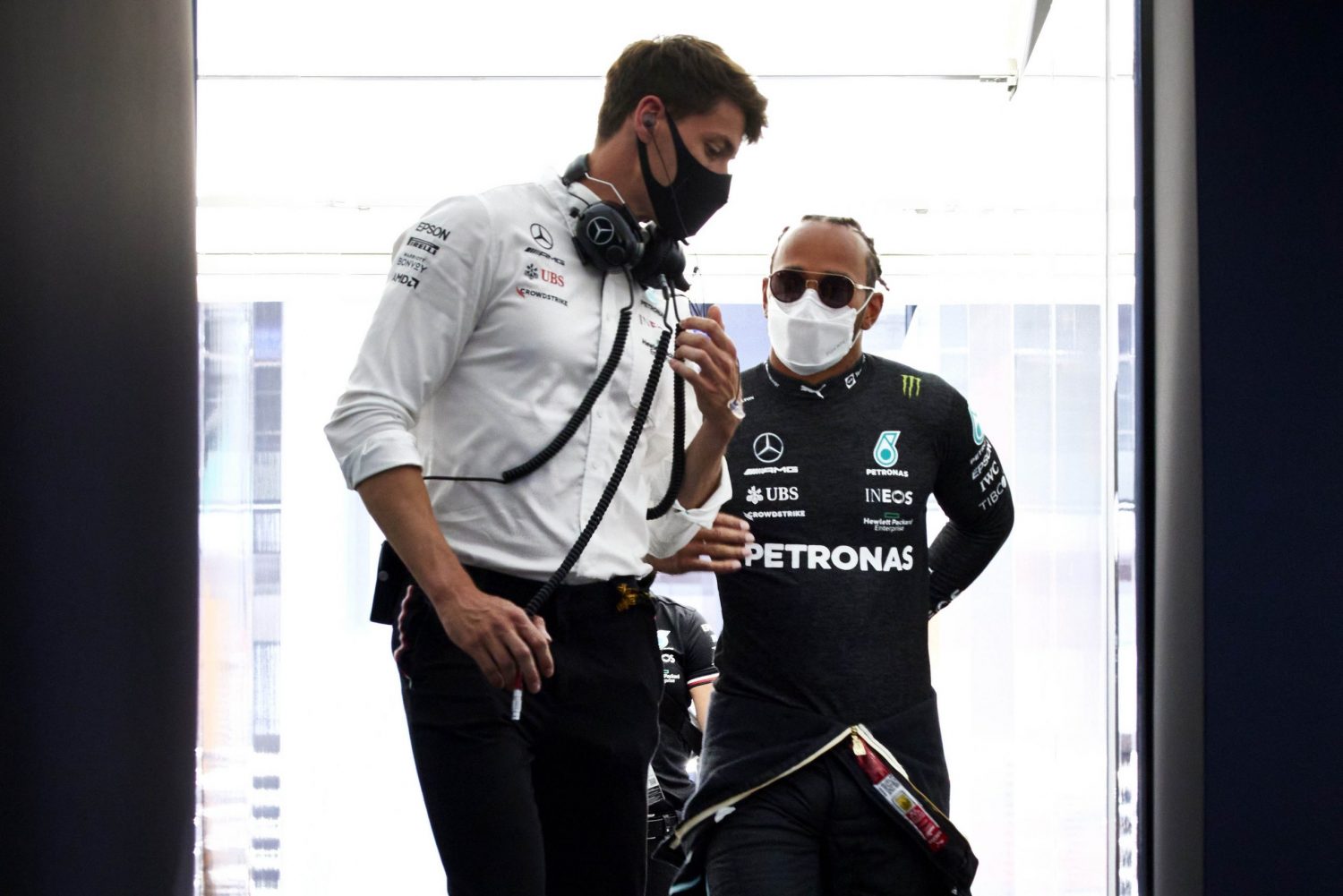 "It's been a busy day trying to fit in a programme with low fuel work and decent length long runs, but that's always going to be the case with just one hour in each session.

"In terms of pace we look reasonable and getting a single lap out of the tyres has seemed easier than it was in Baku or Monaco.

"However, neither driver is totally satisfied with where we have the car, so we've got a bit of investigation to do overnight to try and understand how we can get the balance to be a bit more predictable."

The post Hamilton: 'We were all sliding around out there!' appeared first on F1i.com.

It wasn't the most straightforward of Fridays for Sebastian Vettel, who started the day rear-ending the barriers at... The post Vettel shrugs off Friday mishaps, targets Saturday pace appeared first on F1i.com. 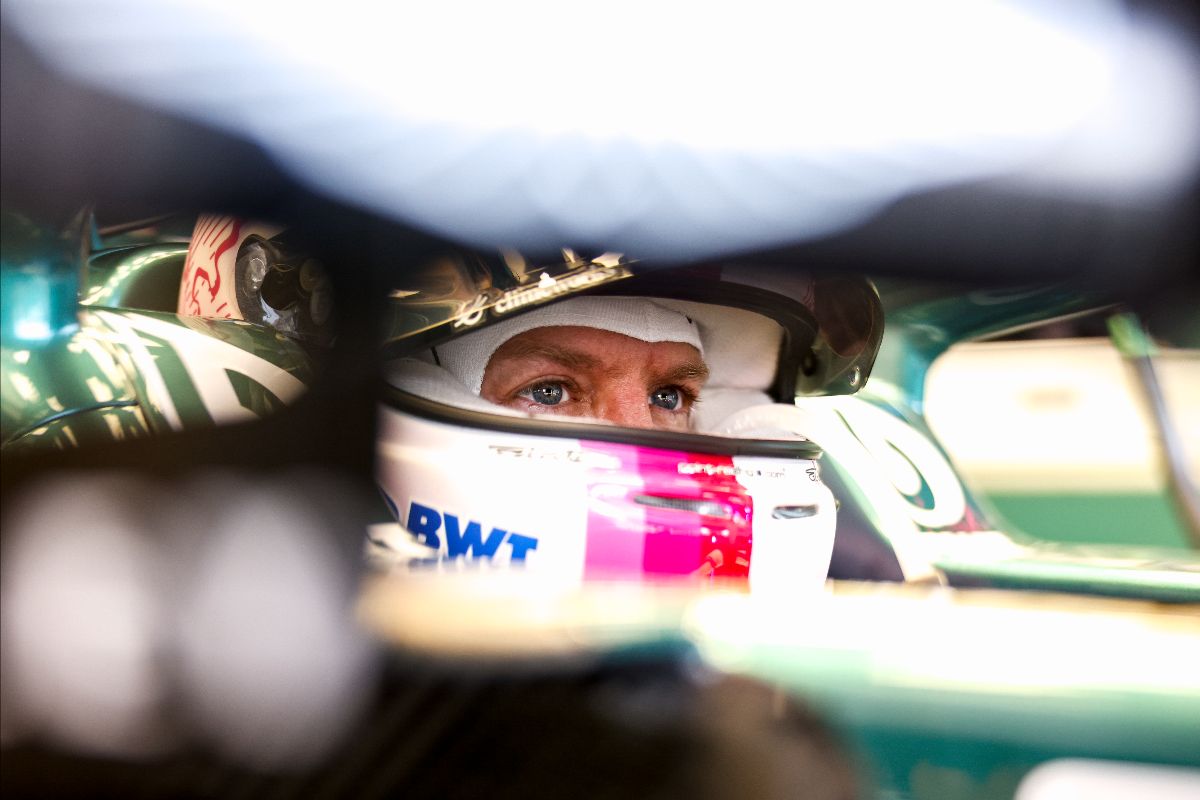 It wasn't the most straightforward of Fridays for Sebastian Vettel, who started the day rear-ending the barriers at turn 11 which cost him track time in the first practice session.

The Aston Martin driver completed just 16 laps before lunch, and while he was able to add 25 laps in the afternoon he still found himself off the pace in 15th in the timesheets by the time the chequered flag came out.

“The track conditions were hot and very windy, which caught me out this morning when I had a small off," he said afterwards. "It cost us some track time, but we recovered well in the afternoon.

"My performance run was not the best and I made a mistake, but today is about getting a feel for the car to make sure we perform in qualifying.

"The long run was clean and we managed to get some consecutive laps together, which was important," he continued.

"I think we know where we can find gains and there are some things we can do better, which is where we will focus our energy tonight.”

Vettel finished the day just ahead of his team mate Lance Stroll, who explained that the hot and gusty conditions hadn't worked to Aston Martin's advantage.

“It was really hot out there today, and very gusty at times, which made for some tricky conditions because it is a low-grip track surface," he said. "It was particularly windy early in the day

"But we were able to get into a rhythm and work through our programme," he continued. "We have learned some useful things about the car balance and done some important homework.

"I think we are leaving some pace out there, so we will go away tonight, look over everything and try to come back stronger tomorrow.

"The midfield is already looking very close this weekend, so small gains can certainly make a difference. That's what we will be aiming to find for qualifying.”

Horner: Verstappen is still 'an outsider' for 2020 title