Lewis Hamilton says "inequities" still prevail in the world of Formula 1, insisting he will continue to push... The post Hamilton won't relent, will continue fight for equality appeared first on F1i.com. 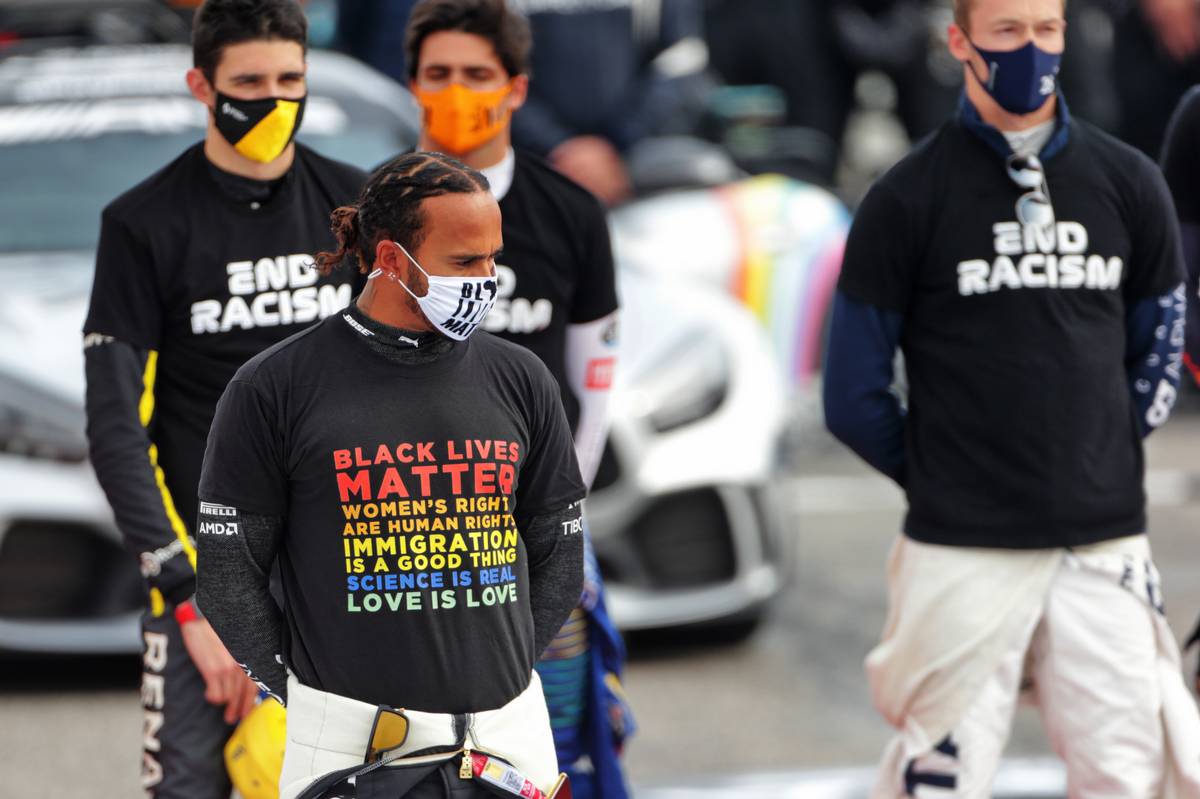 Lewis Hamilton says "inequities" still prevail in the world of Formula 1, insisting he will continue to push for change for as long as he has air in his lungs.

Hamilton, who aims to secure a record eighth world title this season, became a prominent voice on social media last year in the wake of the social unrest that emerged following the death of George Floyd in the US and emergence of the Black Lives Matter movement.

The recently knighted F1 star convinced Mercedes to change its F1 team's livery to black while also persuading F1 itself to organize a pre-race anti-racism moment during which many drivers took a knee.

While awareness for diversity and inequality issues in the sport has undoubtedly improved, with several initiatives being put on their rails last year, Hamilton is demanding more change from F1 this year.

"Last year some of us took a knee in support of equality which I am proud of," Hamilton wrote on social media.

"My question is, what’s next? The inequities within our sport and within the world persist. Change is still needed.

"We must keep pushing to hold ourselves and others accountable. We have to keep striving for equality for all, in order to continue to see true and lasting change in our world.

"As long as I have air in my lungs, I will continue to fight for change in everything I do."

Earlier this year, Formula 1 chief executive Stefano Domenicali said the sport would continue to highlight its diversity and anti-racism messages before the start of each race in 2021, although the short ceremonial could have a different form.

And Formula 1 will also continue to build its #WeRaceAsOne platform which was launched in 2020.

"Our WeRaceAsOne platform was very effective at raising the awareness of socially important issues and our steadfast commitment to make a positive change," recently said Domenicali.

"We are very proud of it and the teams have embraced it fully.

"We know we must continue to move forward on these issues and the whole sport is united in doing this in the months and years ahead."