Hargreaves, Ince explain why Lukaku got a ‘raw deal’ at Man Utd

Lukaku’s time at Man … The post Hargreaves, Ince explain why Lukaku got a ‘raw deal’ at Man Utd appeared first on Football365. 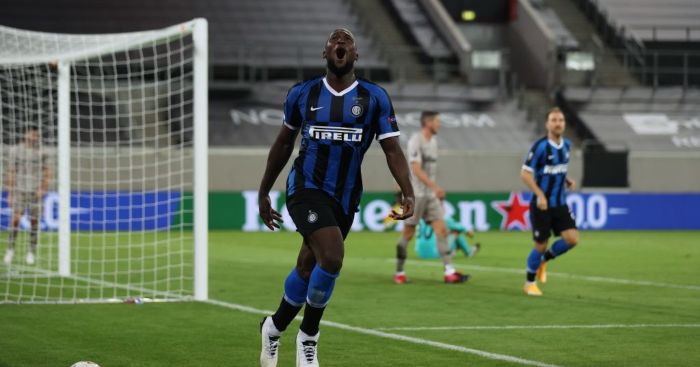 Former Man Utd players Owen Hargreaves and Paul Ince are in agreement that Romelu Lukaku is now thriving at Inter Milan because he is happy at a club.

Lukaku’s time at Old Trafford didn’t quite live up to expectations, despite scoring double figures in both of his seasons there.

There has been criticism of Man Utd’s decision to part ways with Lukaku but Ince insists the 27-year-old has now found the “right” place to perform.

“Lukaku didn’t struggle [to score at United], he scored goals, let’s get that right,” Ince said on . “He wasn’t happy under (Jose) Mourinho. Sometimes you find the right person, the right country. If you’re happy you will perform.”

Ince added: “He looked fit and lean. Talking about when he was at Manchester United, he didn’t look like he could get round the park. He’s just running past people [now]. Pace! I was fitter at Inter – whether it’s the the climate or the food. He looks like a different animal. We know he can finish. Wow.”

And Hargreaves agrees with Ince that he was never completely happy at Man Utd and that is why he is now flourishing at Inter Milan.

“I think he got a raw deal at Manchester United,” Hargreaves said. “I think he felt there was a lot of pressure on him. He felt he had a point to prove all the time. He almost played like he was carrying that burden.

“Now he looks like he’s in a place where he’s really confident. I think he deserved a little bit better. He played like the ideal centre-forward. He looked sharp.

“We never questioned his finishing, but at 27 he looks the perfect age.

“It just shows you, you need to find the right fit for you. For whatever reason, it wasn’t there [at Manchester United].”

The post Hargreaves, Ince explain why Lukaku got a ‘raw deal’ at Man Utd appeared first on Football365.