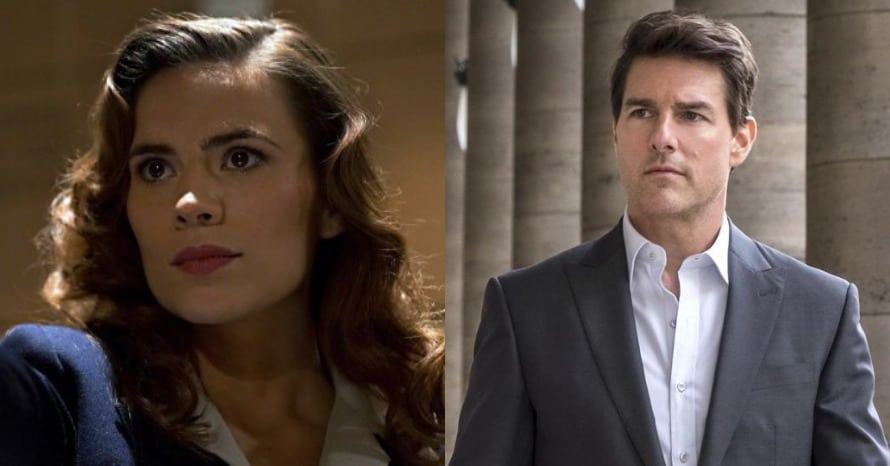 Hayley Atwell of Captain America and Avengers fame has revealed new details about her character in the upcoming Tom Cruise film, Mission: Impossible 7.

Hayley Atwell will probably be best known as Peggy Carter from the Captain America films but that’s not keeping her from being a spy in other movies. Last year it was revealed that the actress had been added tot he cast of the upcoming Tom Crusie film. Unfortunately, we currently know next to nothing about Atwell’s role in the upcoming Mission: Impossible film beyond the fact that she is in it. The name of the character has yet to be revealed, no one is saying whether or not she will be a hero or villain and the people behind the film are being tight-lipped about it.

While appearing on Mission: Impossible podcast Light the Fuse, Hayley Atwell revealed a little bit about her character. The details that she gave away, however, are rather vague but they seem to indicate something of a fully realized arc for the characters:

“There’s ambiguity…the interesting thing we’re exploring is her resistance to a situation she finds herself in. How she starts off, where she becomes. The journey of what she comes into and what is asked of her and potentially where she ends up.”

What do you all make of Hayley Atwell’s words? What kind of character do you think she may be playing in Mission: Impossible 7? Let us know what you think in the comments below!

Mission: Impossible 7 is currently scheduled to be released on November 19, 2021. Stay tuned for all the latest news regarding the Mission Impossible franchise and be sure to subscribe to Heroic Hollywood’s YouTube channel for more great video content!