From Oprah appreciation to a suggested Queen Elizabeth appearance on "Red Table Talk," Twitter had thoughts about the bombshell interview with Prince Harry and Meghan Markle. 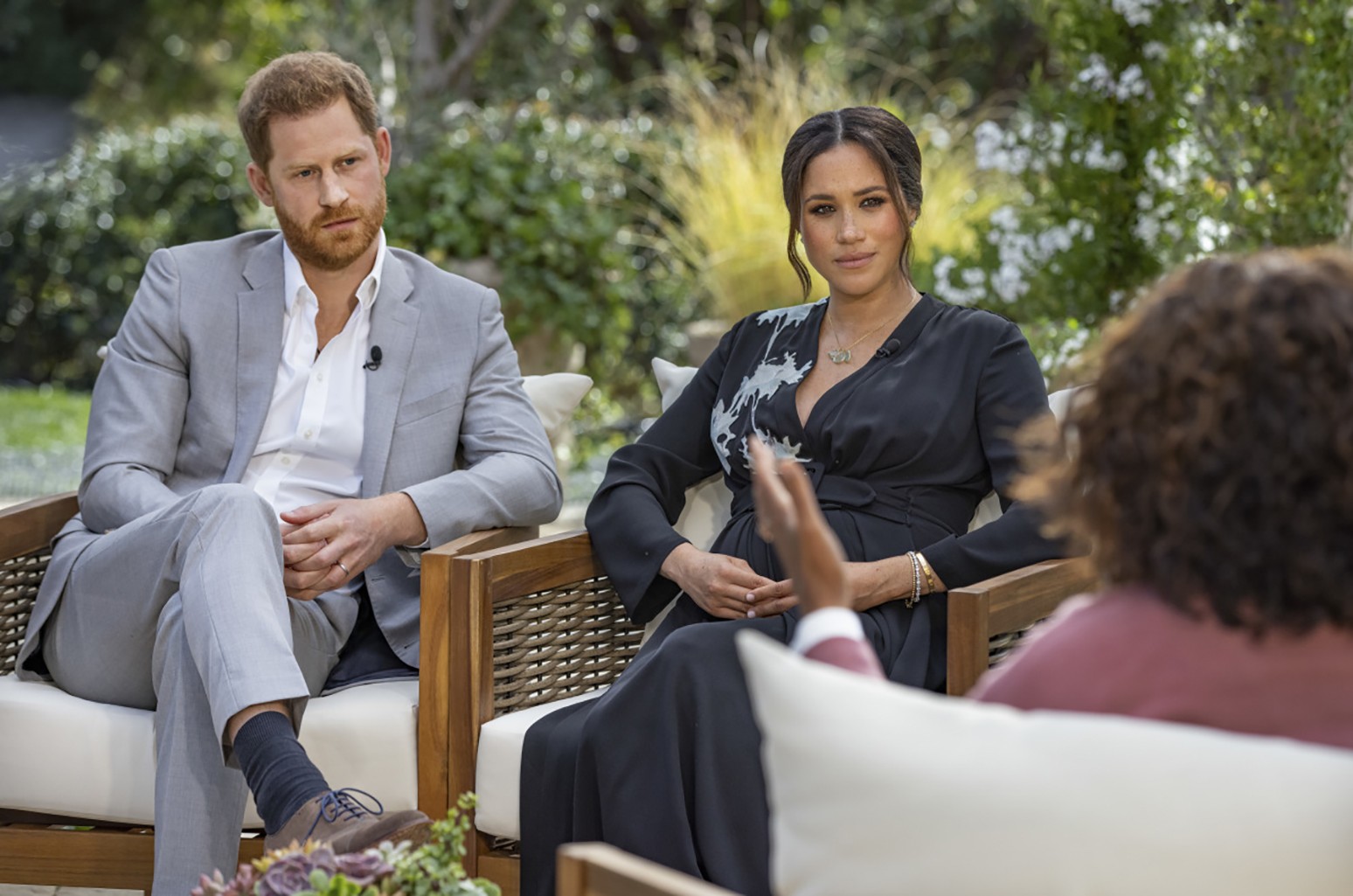 Oprah Winfrey’s interview with Prince Harry and Meghan Markle on Sunday night was the closest we’ve come to appointment television in quite some time. Indeed, according to early ratings reports, more than 17 million viewers tuned in to the two-hour CBS sit-down — and among those millions of interested watchers were Hayley Kiyoko, Lauren Jauregui, Bette Midler, Jada Pinkett Smith and a host of other celebrities.

The Twitter conversation on Sunday night and beyond buzzed with appreciation for Winfrey’s interviewing skills (“Oprah. That’s it. That’s the tweet,” Kiyoko wrote), empathy for Markle’s discussion of mental health issues (“Questioning the authenticity of suicidal thoughts is both dangerous and damaging,” The Vamps’ James McVey tweeted), and jokes (“ya’ll be play’n way too much,” Pinkett Smith wrote in response to a follower suggesting she invite Queen Elizabeth to her Red Table Talk Facebook Live series).

Boy George, meanwhile, appeared to take the Palace’s side following the interview. “Sadly, Meghan wasn’t prepared to tell us who made these alleged comments about Archie’s skin colour?” he wrote about Meghan and Harry saying there was concern from an unnamed family member about how dark their first-born child’s skin color would be. “I believe she has a responsibility to tell us.” Jauregui took aim at British television personality Piers Morgan, telling him “just take it if you can dish it” when he complained that the Duke and Duchess of Sussex’s supporters were “trying to silence” his voice.

Below, see all the celebrity reaction to the bombshell interview, which should be available to stream here in the coming days.

No, shut the fuck up you stay bullying people & thinking your abhorrent racist/sexist/ all of the ists opinions matter, so just take it if you can dish it✨ https://t.co/ZfZGwU386Y

As I always sayyyy … ya’ll be play’n wayyyy too much https://t.co/v8NeC9XWGh

Sadly, Meghan wasn't prepared to tell us who made these alleged comments about Archie's skin colour? I believe she has a responsibility to tell us. Shame on @Oprah for not pushing it more. It's a HUGE accusation!

Meghan is living the life Diana should have, if only those around her had been as brave as she was. Meghan isn’t living a life without pain, but a life without a prison.

Meghan was the Crown's greatest opportunity for change, regeneration, and reconciliation in a new era. They didn't just maltreat her light–they missed out on it.

The tabloids are HOSTED by the palace?!?!?!?!?! WHEW #HarryandMeghanonOprah

Can we please take a moment to remember how obscene the behavior of the press and palace was in anticipation of an interview that actually turned out to be quite vague and tame? What did they THINK Meghan and Harry were going to say? What must they have done to be so afraid?

If you truly believe that Megan & Harry should be to blame for the drastic changes that desperately need to happen within the Royal Family then you’re deluded. I’m a proponent of the Royal Family, and firmly believe we need it… but not like this. https://t.co/gKGxjrKrh8

Oprah, we the people do hereby command you back on our televisions daily. Thank you, this is a subpoena.

Royalty is not a shield from the devastation and despair of racism. #MeghanMarkle

“It’s the strength that causes the confusion and the fear.” pic.twitter.com/M0JLKogYgc

Her interview skill set is at peak and epic proportions. That was a master class. #HarryandMeghanonOprah https://t.co/uQCtTtN9Q5

I was a happier person when @oprah was on TV every day.

Fully on the Sussex’s side here & so happy they made the break! Need more info about William – sounds really bad. Also – we need the return of the big Oprah interview

Kings of Leon on Track For U.K. Chart Crown With ‘When You See Yourself’

Burberry Are Taking SS21 To The Great Outdoors