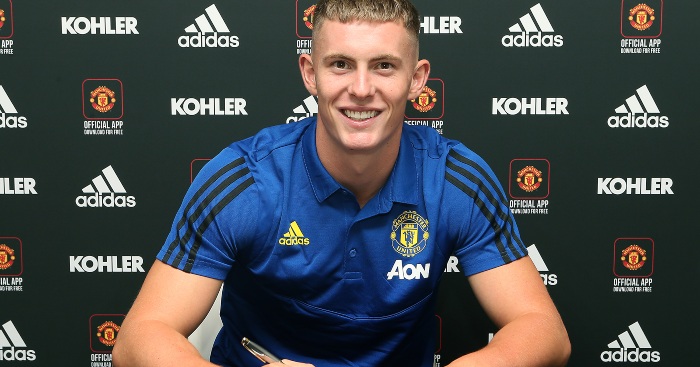 Dean Henderson has signed a new long-term contract with Manchester United, the club have announced.

Henderson, 23, included in Gareth Southgate’s senior England squad for next month’s Nations League games against Iceland and Denmark, has spent the last two seasons on loan at Sheffield United.

The club said: “Manchester United is delighted to announce that Dean Henderson has signed a new contract, which will keep him at the club until June 2025, with the option to extend for a further year.”

Henderson made 86 appearances in total for the Blades after joining them in 2018, helping them to promotion to the Premier League and then a ninth-placed finish in the top flight last season.

Henderson said: “The faith that the manager (Ole Gunnar Solskjaer) and the club have shown in me with this contract means a lot to me and will continue my progression as a goalkeeper.

“I’ll be giving everything to improve every day so that I can play as many games as possible for this great club. Now I am looking forward to joining up with the England squad and then preparing for the season ahead.”

Henderson, who joined United aged 14, confirmed earlier this month that he would not be staying for a further season with the Blades, who have signed goalkeeper Aaron Ramsdale from Bournemouth.

Solskjaer added: “We are delighted that Dean has signed his new contract. He had another great season at Sheffield United, where he gained a lot of experience and grew both as a player and a person.

“We are in a strong position within the goalkeeping department and that gives us the competition for places that we are looking for in the squad.

“Dean is another great example of the type of player who has come through the academy and truly understands what it means to be at Manchester United.”