‘I think the Manchester … The post Henderson still has ‘a lot to prove’ at Man Utd, says Neville appeared first on Football365. 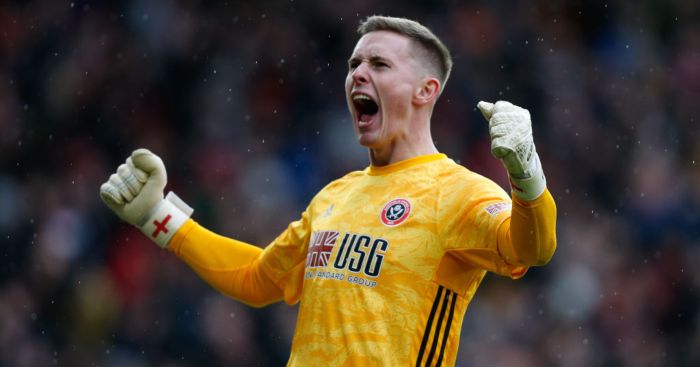 Manchester United legend Gary Neville has suggested that Dean Henderson is not ready to be number one at Old Trafford.

Henderson’s career has been going from strength to strength in recent seasons. In 2017/18, he shone as Shrewsbury Town reached the League One play-off final, only to lose to Rotherham United.

But in the last two years with Sheffield United, his career has moved to the next level. The England U21 international has been a mainstay in the Blades side in back-to-back campaigns.

In 2019/20, he made the step up to the Premier League and ended the season as one of the division’s best goalkeepers.

At the same time, David De Gea’s form has dipped for Man Utd. Now some are arguing that Henderson should replace De Gea as United’s number one this season.

But Neville has told that is it too soon for Henderson and De Gea should remain number one:

‘De Gea definitely starts as No.1 because there was a point where Ole could’ve dropped him towards the end of the season. However, he stuck with him at that point and we are only around four weeks later.’

‘I still think Henderson’s got a lot to prove. Playing in goal for Sheffield United is a lot different than standing out there in that vacuous, empty, massive space which is the goal mouth at Old Trafford, when the team are up at the other end of the pitch most of the time attacking and then all of sudden you’ve got your first interaction with the game after 15 minutes and your concentration is tested like never before.

‘It’s not a given that he’s going to go into the team at Manchester United and be everything that everyone thinks he’s going to be.

‘I think the Manchester United goalkeeping position, I would argue, is one of the most pressurised positions in English football.’

Henderson recently put pen-t0-paper on a new five-year deal, with the option of another year. This will keep him at United until at least 2025, and he will earn around £120,000 a week.

The post Henderson still has ‘a lot to prove’ at Man Utd, says Neville appeared first on Football365.