Here Are All the Rescheduled 2021 Tour Dates & Festivals (Updating)

Here are all of the major concerts and festivals rescheduled for 2021 due to the coronavirus outbreak. 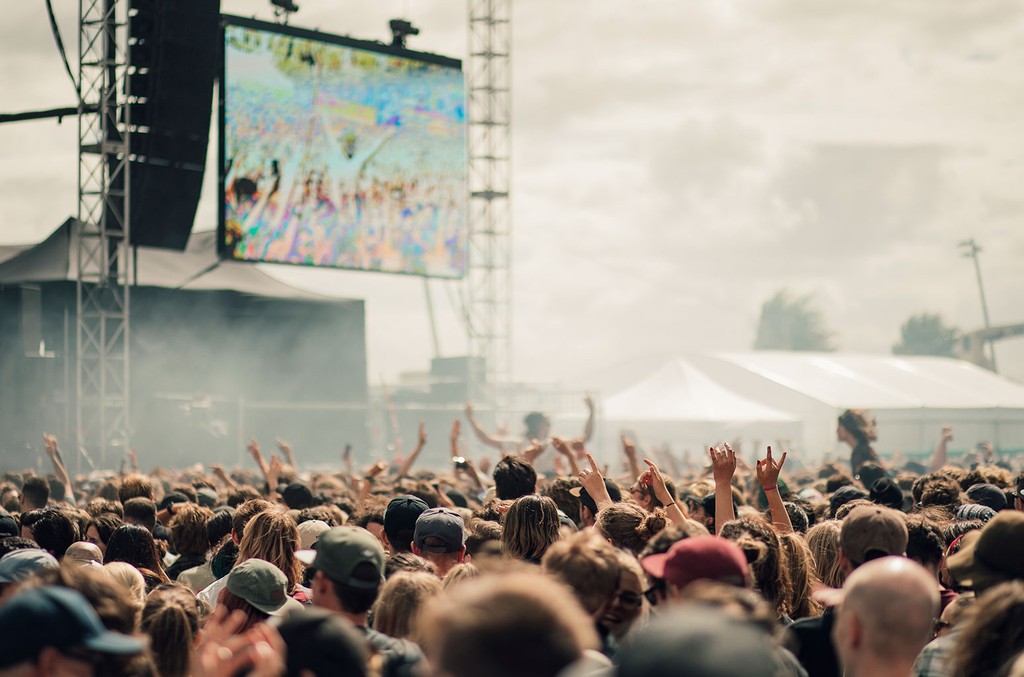 Concerts and music festivals might be one of the last things to return in the wake of the coronavirus pandemic, but live event organizers already have plans to hit the road next year because as they say in the showbiz, the show must go on.

Billboard has compiled an ongoing list of major concerts and festivals that have been rescheduled for 2021 due to the outbreak.

Jan. 7: Little Big Town will start The Nightfall Tour back up again in August 2020, and it will run through January 2021. Tickets for the new shows can be found here. “We are already counting down the weeks to be back out there with you all, celebrating life, love, music, and health with a new and different appreciation,” the country music group said in a statement.

Jan. 27: International drag performer Violet Chachki will kick off her postponed A Lot More Me North American Tour in October 2020, which will run through February 2021. Tickets for the new shows can be found here.

Jan. 27: Finland’s Apocalyptica sets out on its North American Cell-0 World Tour in January until February. Check out the metal band’s website for all the new tour dates.

Jan. 28: The SWANS shifted their North American tour dates to January and February. Tickets for the new shows can be found here.

Jan. 29: Avril Lavigne announced on her Instagram that she’d be revealing new tour dates as countries slowly begin to reopen, starting with a Tokyo, Japan gig in January for the Asian leg of her Head Above Water World Tour.

Feb. 6: Michael Bublé will take an extended raincheck on his An Evening With Michael Bublé U.S. Tour, beginning in early February and wrapping late in March. “I am so looking forward to getting back on stage. I’ve missed my fans and my touring family. Meantime, I hope everyone stays safe. We can all look forward to a great night out,” he wrote on his website.

Feb. 12: Harry Styles’ Love On Tour is no longer on hold, with its European dates set to come back in February through March, again with his special guest King Princess. Check the rescheduled tour dates here. “We’re all in this together,” he wrote on Twitter back in March. “I can’t wait to see you out on the road as soon as it’s safe to do so. Until then, treat people with kindness.”

March 5: The Who postponed its U.K. tour to March. See the new tour dates here.

March 12-14: The C2C: Country to Country Festival in London, Dublin and Glasgow ships in its originally scheduled headliners Luke Combs, Darius Rucker and Eric Church for the 2021 edition.

March 13: Green Day postponed the Asian leg of the band’s own tour to March, according to an announcement made on Twitter.

March 18: Shawn Colvin’s 30th-anniversary shows for Steady On will carry on throughout 2021, beginning in March (with a new show added this month) and ending on December 4. See when all six shows will be happening here.

March 19: Céline Dion postponed the European dates for her Courage World Tour, which kicks off with six nearly back-to-back shows in Paris from March 19-27 (excluding the March 25). “Céline Dion Courage World Tour to resume in 2021! Rescheduled show dates announced for Europe, who’s going to be there ?” she announced on Twitter in June. See when she’ll be visiting the other 31 cities during her newly rescheduled jaunt here.

March 24: Bon Iver postponed the band’s six tour dates in Australia and New Zealand for March and April, according to its Twitter announcement.

April 21: Chris Stapleton will hit the road again with his All-American Road Show in April all the way through November, according to his website.

Rescheduled Shows in May

May 3: Queen and Adam Lambert will kick off the European leg of their Rhapsody Tour in May, which runs through July, according to Queen’s website.

May 12-15: U.K. festival The Great Escape locked down new dates in May for its belated 15th-anniversary celebration boasting more than 400 performers, according to the event’s website.

May 29: Jack Antonoff announced that his Shadow of the City festival in Ashbury Park, N.J. has been rescheduled for May. “love you and hang in there and jesus christ when SOTC happens in 2021 i’m literally going to explode into flames on stage…..” Antonoff announced on the event’s website.

The Weeknd announced on his Instagram that he postponed The After Hours Tour, featuring special guests Sabrina Claudio, Don Toliver and Black Atlass, until June 2021. “See you when it’s safe,” he captioned the post, which detailed how the previous tour dates (with the only exception of the New Orleans show being canceled due to availability) will join a list of new shows for a worldwide jaunt that will go on long after it’s originally expected to.

Andrew Bird and Calexico and Iron & Wine moved their Great Summer Stroll Tour to June 2021, “with the exception of the Kingston, Buffalo and Toronto shows, which have been cancelled,” according to an Instagram statement.

June 1: Ringo Starr’s All Starr Band comes back together in June with The Avett Brothers tagging along for a few of the new shows, according to the act’s Ticketmaster page.

June 2-6: Primavera Sound has been rescheduled to 2021, with The Jesus and Mary Chain, Tame Impala, Massive Attack, Pavement, The Strokes, The National, Beck, Tyler, the Creator, Gorillaz, Bad Bunny and more set to perform.

June 3: Rage Against The Machine rescheduled its Public Service Announcement reunion tour dates with Run the Jewels, starting in June and concluding in August. See the full list of tour dates here.

June 8: The Foo Fighters moved their European tour dates slated for June and July a full calendar year back. Information about the Milan, Italy show will be available at a later time. Their D.C. Jam celebration in Landover, Md. originally scheduled for July 4, 2020 has been outright canceled.

June 10: The 51st Annual Songwriters Hall of Fame induction ceremony comes back a full year later to honor Mariah Carey, Steve Miller, Rick Nowels, William “Mickey” Stevenson and the individual members of three ensembles — Annie Lennox/Dave Stewart (Eurythmics); Chad Hugo/Pharrell Williams (The Neptunes); and Ernie Isley/Marvin Isley/O’Kelly Isley/Ronald Isley/Rudolph Isley/Chris Jasper (The Isley Brothers). “As we are moving the entire 2020 class, there will not be an election this year to add any additional inductees,” Linda Moran, the SHOF president and CEO, clarified to Billboard.

Guns N’ Roses rescheduled its 2020 North American tour that was originally set to kick off July 4, according to the hard rock band’s Twitter announcement.

The Canadian Shambhala Music Festival “postponed” its 2020 dates to July, when the next iteration of the festival was scheduled to occur.

July 2-4: Ireland’s Longitude 2020 festival returns in July, according to the event’s website. Kendrick Lamar, A$AP Rocky and Tyler, The Creator were set to headline, and it remains unclear if they will also return for the 2021 festivities.

July 2-11: The Dutch WOO HAH! festival, which originally planned on featuring Kendrick Lamar, A$AP Ferg, Lil Tecca, DaBaby, Ski Mask the Slump God and more rappers, moved back an entire year to July. It remains unclear whether these artists will stay on the lineup.

July 8-11: Mad Cool Festival in Madrid, Spain postponed its fifth anniversary weekend one full year back. It remains unclear whether the headliners, including Taylor Swift, Billie Eilish, Twenty One Pilots, The Killers, Mumford & Sons and more, will stay on the lineup.

July 17: The Doobie Brothers have rescheduled their 50th Anniversary Tour. The run will now kick off on July 17, 2021 in West Palm Beach, FL.

July 22-25: The U.K. festival WOMAD returns a year later than expected, according to festival co-founder Peter Gabriel’s updates on the website. “Many of the artists have already offered, or agreed, to play for us next year and we will now put our energies into making a great WOMAD 2021,” he wrote.

Lady Gaga has announced that the Chromatica Ball is officially moving to Summer 2021. See the new dates here.

Aug. 14: Harry Styles announced his North American dates for the Love On Tour will resume in August before wrapping up at the end of October, again with his special guest Jenny Lewis. But this time around, he plans on throwing a Harryween Fancy Dress Party from Oct. 30-31 in New York City’s Madison Square Garden featuring special guests Orville Peck and Madison Cunningham. Check the rescheduled tour dates here.

New Order and Pet Shop Boys pushed back their Unity Tour of North America a full year later for September.

Sept. 25: Global Citizen and Teneo announced Global Goal Live: The Possible Dream, the year-long campaign and multi-city series of events meant to drive impact for the world to achieve the United Nations Global Goals, will extend the campaign into 2021 and will postpone the major events until September.

Rescheduled Shows in the Summer

Disturbed pushed its 2020 summer tour celebrating The Sickness’s 20th anniversary to summer 2021. No dates have yet been announced. “Out of an abundance of caution we have made the decision to RESCHEDULE for Next Summer,” the band shared on Instagram. “We are working to get these dates rescheduled and look forward to sharing an update soon.”