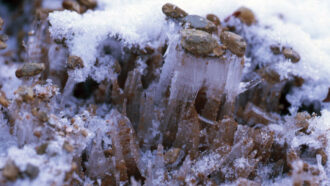 Neat rings, stripes and swirls embellish many cold, rocky landscapes. These beautiful stone patterns look like the work of human artists. But they’re all Mother Nature’s doing. Scientists have long known that such rocky patterns result from freezing and thawing. Precisely how they develop, however, has been a mystery — until now.

A new study reveals that so-called “ice needles” can sort and organize rocks into any of many patterns. An international research team has now described how those ice needles do this sculpting. Their findings appear in the October 5 Proceedings of the National Academy of Sciences.

“The beauty of [our new] experiments is that you can actually see direct information on how the patterns form,” notes Bernard Hallet. He works at the University of Washington in Seattle. Throughout a long career, he has researched naturally made patterns in surface rocks all over the world.

Leading his team’s work were researchers Anyuan Li, now at the University of Tsukuba in Japan, and Quan-Xing Liu at East China Normal University in Shanghai. In lab experiments, the researchers spread pebbles atop a pan holding moist, fine-grained soil. Then, with cameras rolling, the team froze and thawed this mini-landscape over and over.

Ice needles form when moist soil has not yet frozen but the air temperature has dropped below freezing. As expected, needles of ice grew and collapsed in the lab with each freeze-thaw cycle.

Those needles curved as they rose. That had never been seen before, says Hallet. But it proved important. That curving, he explains, “helps separate coarse material from fine.” And that moved the pebbles to one side. After multiple cycles, the process had cleared patches, exposing bare ground. Afterward, the ice needles developed more often in these bare spots.

The needles moved more of the remaining pebbles away from the bare spots in each freeze-thaw cycle. Liu, an ecologist, described this process as a feedback loop and says it was one of his team’s key findings. The pattern that builds on a landscape “strongly depends on its [local stone] concentration,” he says.

His team used observations from its soil studies in the lab to build a computer model. They used this computer program to predict stone movement in the open environment under a range of different conditions. That model confirmed that the rate of pattern formation depends on such things as how dense the stone cover is. The rate and shapes that form also relate to how moist the soil is, how the ground slopes and how tall the ice needles grow.

“Anyuan Li was able to able to get patterns after 30 freeze cycles,” says Hallet. That could equate to 30 cold nights — or 30 years if each freeze lasted a whole winter. In fact, Hallet says, some patterns might take “thousands, if not tens of thousands, of years to form.” No human could observe firsthand such a slow tailoring of the landscape.

That’s why Li’s team calls its experiment “a time machine in which they can push the fast-forward button.”

What the lab studies showed

In nature, ice can form tiny needle-like columns. The scientists already knew that. In their lab, each needle grew up to a few centimeters (perhaps an inch) high. As temperatures warmed, the needles collapsed. Each time they re-formed, the ice needles lifted any stones atop them. When the ice collapsed, the stones fell off those icy pedestals and to the side.

Nature creates patterns in everything from plants and clouds to liquids. “We see identical patterns [to the rock formations] in different systems, such as fluids,” says Hallet. Materials of different characteristics or sizes start off all mixed together. A process called phase separation can morph these mixes into patterns, he says.

The new study is among the first to show how phase separation applies to landscapes. Li’s group showed that the action of the ice needles separated two phases — coarse rocks from fine soil. Changing conditions, such as temperature, moved those rocks into distinct patterns.

The mix of experiments, math and computer modelling by Li’s group provides a new way to connect how natural landscapes form and their materials behave, says Rachel Glade. She’s a geologist who studies landscape formation at the University of Rochester in New York. Although she studies Arctic soils, she was not a part of this study.

The type of thinking behind the new study “is vital for our understanding of complex materials,” she adds. As such, Glade says, such an approach can help us understand how landscapes may evolve differently in a changing climate.

Surprise: the Big Bang isn’t the beginning of the universe anymore

Migrating the Earth to a safer orbit might be the only way to preserve our planet after all the ice melts.

Batteries should not burst into flames

How Do Cosmic Particles Break The Universe’s Energy Limit? 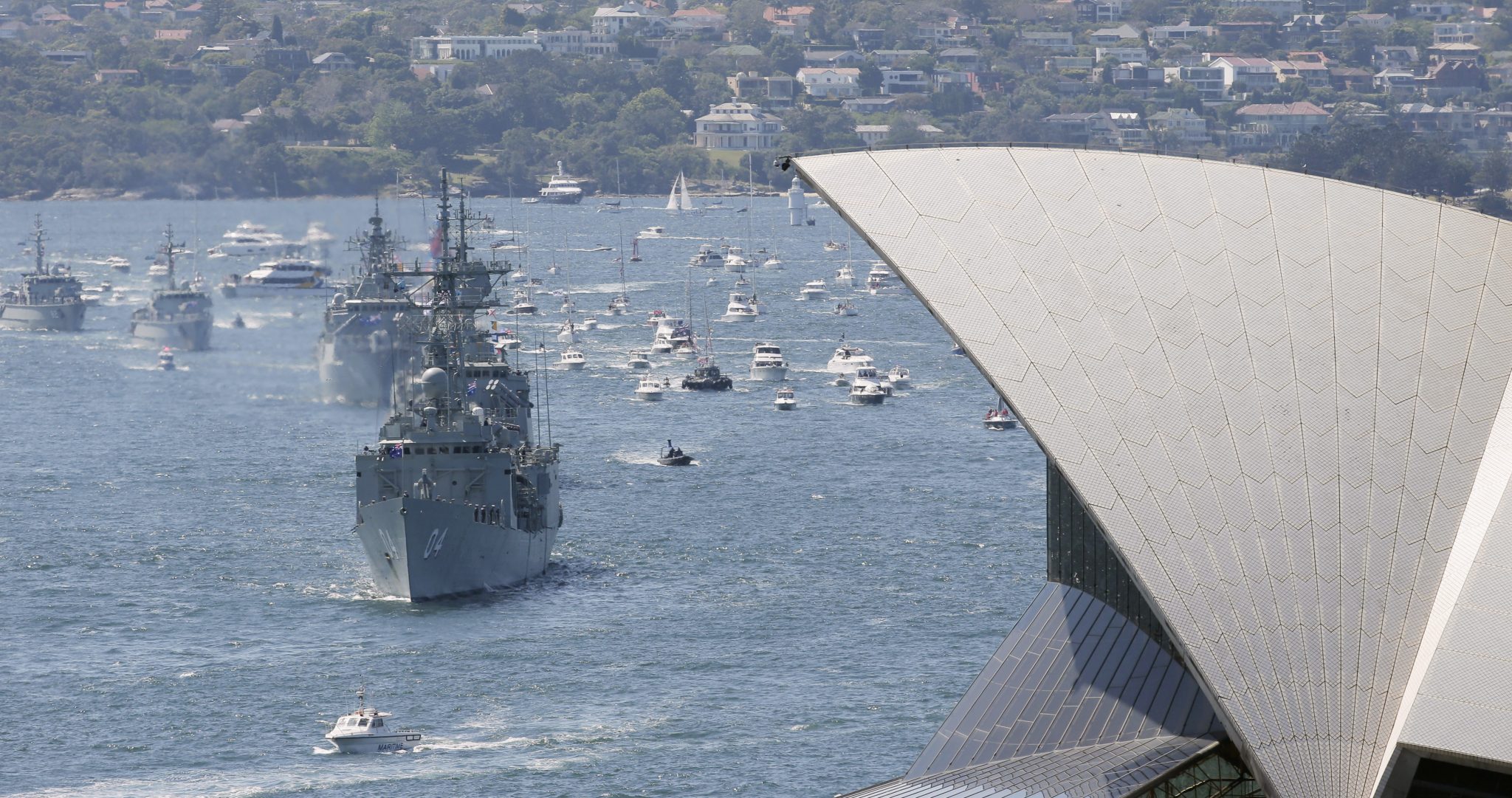