Heroes gave fans plenty of characters to follow on huge adventures, but only some of them can be considered the greatest of the entire series! 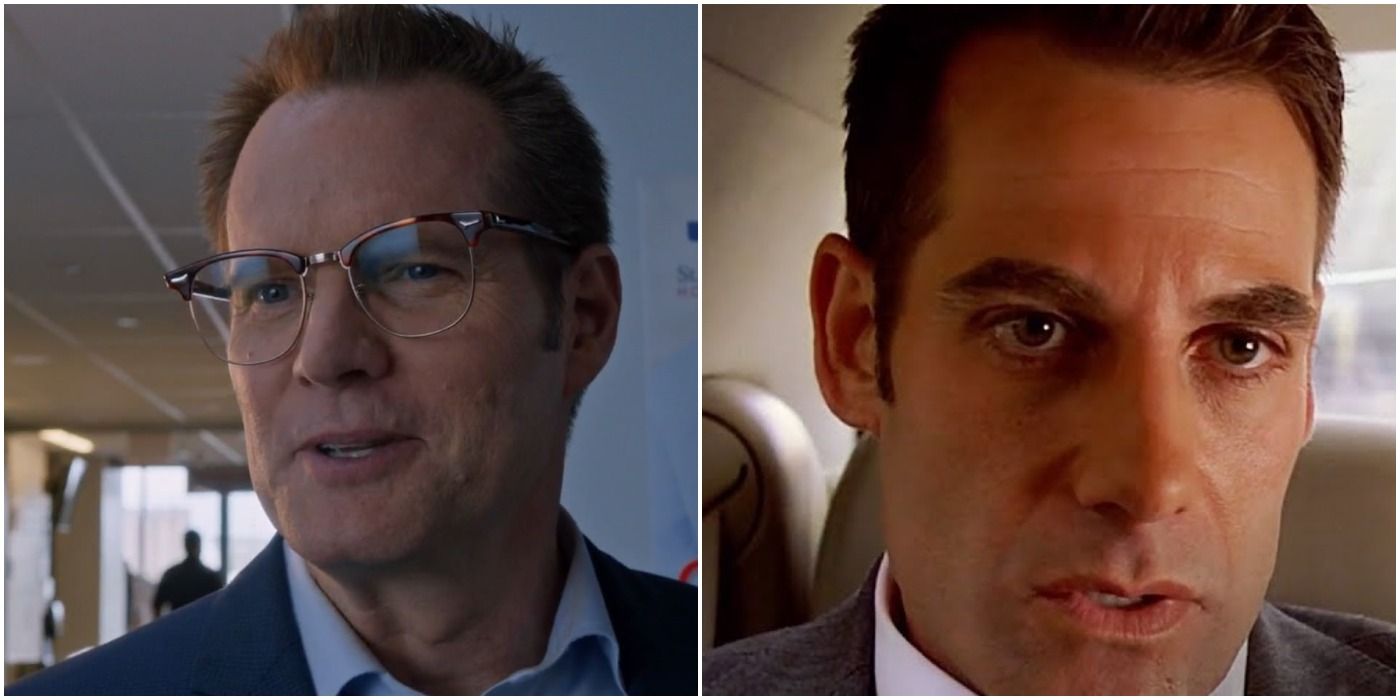 While it was obviously the superpowers and abilities that helped to make Heroes an incredibly popular show, there is no doubt that it was the characters themselves who ensured that audiences kept returning for more. It was a very well written show on the whole, and the character development was very clear to see.

RELATED: The 10 Best Episodes Of Heroes (According To IMDb)

Having regular citizens be the people who have the powers made things very different from something such as the MCU. The characters all had their own individual problems and issues within real life on top of the issues that came with the powers that they possessed. While the series did have some characters that just didn't work, the series equally had some brilliant ones.

The final season of Heroes is sometimes overlooked because the previous one saw the quality of the show drop. However, that's a shame because there's a lot of great aspects about it, particularly the character of Samuel Sullivan, who runs the circus where most of the season is set.

Robert Knepper really brought his all to this role, helping to create quite an unpredictable character. His personality was vibrant and leapt off the screen. Having one to help those with abilities was certainly a new twist with a freak show style feeling about it, which really made for a fun character.

Mohinder Suresh was a very engaging and interesting character throughout the series. Originally starting out with no powers, his storyline of tracing where peoples abilities came from really pieced things together throughout the show, which is exactly what people wanted to see.

RELATED: The 10 Worst Episodes Of Heroes (According To IMDb)

While nobody was really crying out for him to get powers, and his character did suffer because of it, even that element provided some intrigue. The fact that things didn't go correctly really helped to make that particular story engaging, and with his intelligence being his real power, Mohinder quickly became a fan favorite.

Nathan Petrelli really had some hit and miss moments in Heroes, mainly because the show insisted on killing him off and bringing him back and not having a clear plan for him. However, when the show had a focus for him, Nathan was a brilliant character.

Whether it was him not wanting to get wrapped up in the superhero world or his brilliant work dealing with PTSD, Nathan had some complex moments that felt really exciting. His love/hate relationship with his power was a great hook for a character and having someone with powers on the political side also created some interesting stories.

Anytime you have Kristen Bell involved in a project, it is always going to be great. She's a tremendous actress and that's something Kristen proved with her work on Heroes. Elle Bishop was a really intriguing character from the show who went through a really traumatic time.

Having been tortured and mistreated when she was younger, there are a lot of scars that Elle has to deal with and that is showcased throughout her time on the show. The emotional aspect and the backstory she had was so detailed that it really created a complex character.

Ando Masahashi might have spent the vast majority of the show in the sidekick role, but that's something that all good superhero shows/movies needs. Ando was a reliable character and he brought a lot of common sense thinking to many of Hiro's adventures, helping to ground the show in reality.

RELATED: Heroes: The 5 Most Important Characters (& 5 That Were Very Forgettable)

He was also great because he brought real comedy to the series at points. Because the show had quite a serious tone overall, having someone bring a few moments of light laughter certainly helped the show overall.

Claire Bennet was one of the core characters throughout the show, with the entire first season being hooked on the catchphrase of 'Save The Cheerleader, Save The World.' Of course, Claire was that cheerleader in question and because she was thrust into the core story, she instantly became important.

Claire wrestled with a lot of inner conflict throughout the series which was fun to see and helped really push the idea that they were just normal people. Seeing her battle with wanting to be normal or the tricky family problems she had made her a compelling character overall.

Technically, the main villain throughout much of the show, Sylar was a tremendous character. In the first season particularly, Sylar brought a real fear factor and added stakes to the show, as he would cut peoples heads open and prove that even those with great powers could die.

Zachary Quinto played the part really well, adding emotion to what was also an unhinged lunatic. He was cold and calculated, which made him incredibly scary, but he could also be vulnerable as well, adding new dynamics to his work. While the show flipped around with him being a hero, it was always clear this character was best doing bad things.

Noah Bennet might not have had any superpowers, but that didn't stop him from becoming one of the best characters on the show. Noah had a huge knowledge of people with abilities and spent many years taking them down to track and capture them.

RELATED: Former Heroes Cast: Where Are They Now?

There was always a massive element of mystery with Noah and that always led to real intrigue. He flipped around from being seen as a hero to a villain and he was always in a grey area which made him particularly interesting. With family always on his mind as well, there were real personal stakes and that all just came together to provide a brilliant character.

Hiro Nakamura was the perfect character for this show as he was a genuine comic book and superhero fanatic that ended up with powers. That instantly made him relatable, as many of the viewers were obviously massive comic book fans as well.

Hiro was a true hero in every sense of the word. He always looks to do what is right, trying to help others as much as possible, and his journeys during the show tended to provide a lot of the excitement. He was a very well written character and ended up being one of the best throughout the series.

Peter Petrelli was the life and soul of Heroes and was someone who the series was often framed around, particularly in the excellent first season. He was seen as the true good guy of the show, and certainly had some of the strongest powers.

But it wasn't just the powers that made his character the best in the show, it was the fact he had morals, he was heavily linked with several major storylines and that made him incredibly important. His inner conflicts about certain characters and issues also made him compelling, with Peter standing out as a top character.

NEXT: 10 Best Milo Venimiglia Performances, Ranked According To Rotten Tomatoes

The Knick Returning With New Pilot From Moonlight Director