HGTV Urban Oasis 2020 House Up for Sale, After Winner Opts for Cash

The winner of HGTV’s Urban Oasis 2020 has opted to take the cash equivalent of her prize and forgo the oasis. The boldly remodeled home is listed at $599,000. The post HGTV Urban Oasis 2020 House Up for Sale, After Winner Opts for Cash appeared first on Real Estate News & Insights | realtor.com®. 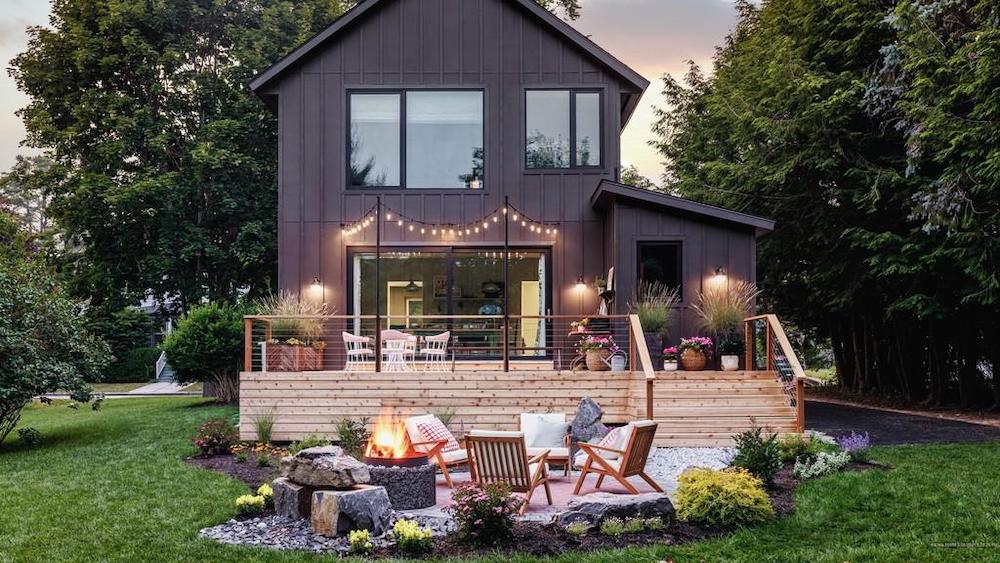 The winner of HGTV’s Urban Oasis 2020 has opted to take the cash equivalent of her prize and forgo the oasis.

As a result, the “bold maritime retreat” went on the market late last week, and has already attracted a tidal wave of interest.

Listed for $599,000, the three-bedroom residence on Essex Street in Portland, ME, features two stories of bold colors and high design. After several showings over the last week, bids are in.

The 1,872-square-foot house on a dead-end street was built in 1900, near Portland’s downtown. As part of the contest, a builder, Big Country Built LLC, an architectural firm, Briburn, and an interior designer, Bryan Patrick Flynn, reimagined and expanded the tired home.

Inside, the rooms are now spacious, with plenty of natural light to brighten the place up.

The entry is an eye-popping mix of bold orange-and-white stripes that grab your attention. Remodeled studio and laundry rooms are also now ultra-bright and cheerful.

The living room is more subdued, in neutral greens and grays, and ties in with the dining area and eat-in kitchen, with its hidden appliances.

Off the kitchen is a deck and a large outdoor space designed for entertaining and enjoying the temperate Maine summers, for a true indoor-outdoor feeling.

The home’s three bedrooms are upstairs, and each has a colorful coastal theme.

A bright-blue master bedroom features an industrial-style closet. The accompanying blue master bathroom has an ombre vanity and a clawfoot tub in the large shower enclosure.

A guest bedroom is a moss green, with white and blush accents and a rosy pink bathroom.

What you see in the listing photos is what you get—the list price includes all of the upcycled furnishings and all the decor inside the home, including the art on the walls.

HGTV announced the winner in early February. A Seattle physician’s assistant, Elise Kaiser, won the house and other prizes and cash totaling $650,000.

She said she and her fiancé entered the Urban Oasis 2020 contest twice a day, before hers was the lucky name drawn from more than 74 million entries.

Kaiser said she liked the mix of old and new elements in the home, especially the antique card catalog, which is now a closet.

However, her decision not to move cross-country and to partake of her prize is not rare. Only a few of the winners have apparently lived in their homes.

A prize like this remodeled house is considered income—so a winner is on the hook for income and property taxes on the winnings, which can be a huge burden.

So rather than take possession of the home and moving in, many winners opt for the cash option, and pay the taxes on that.

Preparing to Sell Your Home? Here’s How to Make Sure Your House Attracts Multiple...

What Home Buyers and Sellers Can Expect in 2020, as Pandemic...

Pending Home Sales Drop to Lowest Level Since 2011 as Coronavirus...