Hill: First corner tussle 'set up a bit of a crisis' for Hamilton 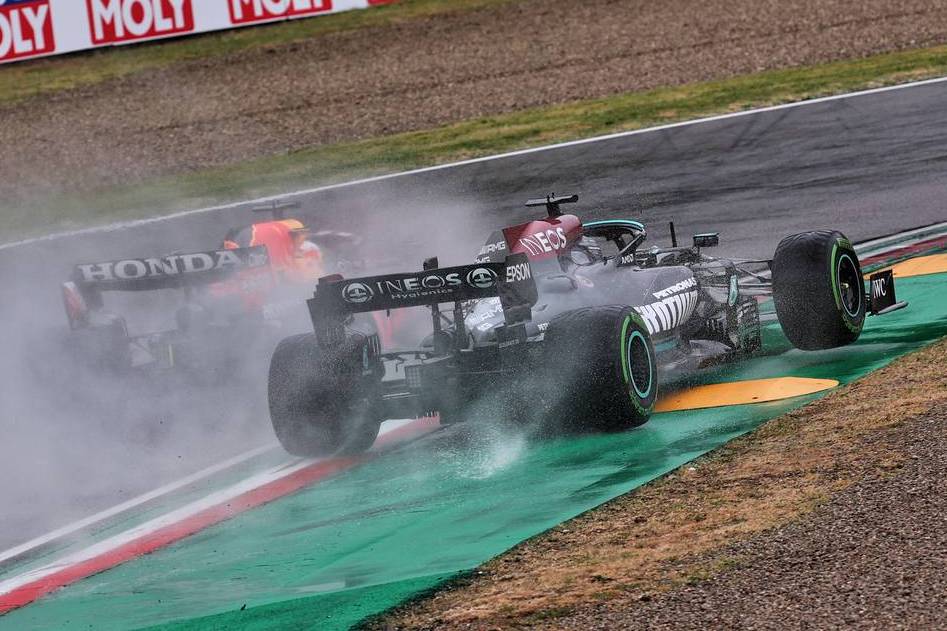 Damon Hill believes the first corner tussle between Max Verstappen and Lewis Hamilton in the Emilia Romagna GP unsettled the Mercedes driver and put him on the back foot for the remainder of the race.

Verstappen's blistering start from third on the grid saw the Red Bull charger pull alongside Hamilton on the run down to Tamburello. Undaunted in the treacherous conditions, the Dutchman elbowed his way past the Mercedes through the chicane, forcing Hamilton off the track and inflicting slight damage to the Briton's car.

Verstappen never looked back thereafter despite a safety car and a red flag period, while a rare mistake from Hamilton just before the race was halted pushed the seven-time world champion down the order from where he recovered to finish second.

But Hill reckons the Mercedes driver's afternoon had in large part been conditioned by his opening lap push and shove with Verstappen. 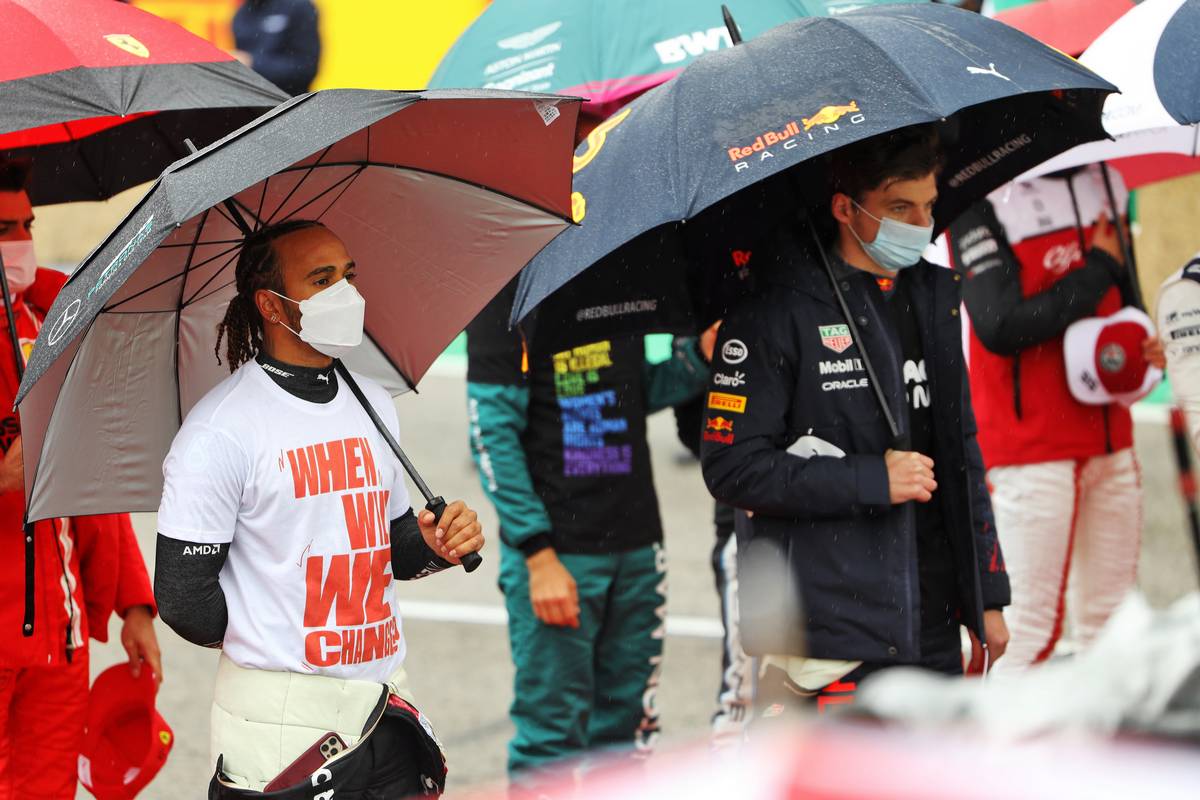 "It set up a little bit of a crisis for Hamilton," Hill contended on the F1 Nation podcast. "I think he probably expected to be threatened more by [Sergio] Perez on his right, but actually it was Max who was extremely brave off the line, who actually put a wheel right on the very edge of the track.

"However, he kept his foot in it and got alongside Lewis going into turn one and then forced Lewis to go around the outside. I was watching that and thinking 'Lewis no, no, no, not there'.

"I think he should have conceded the corner because I think it was quite clear that Max had the inside line, and it was inevitable that Max was going to use all the track and Lewis had nowhere to go.

"That really put him on the back foot for the whole of the rest of the race."

Former F1 driver and BBC pundit Jolyon Palmer agreed with Hill's view, stating that Hamilton's mistake on lap 30 when he slid off the track and into the gravel at Tosa while attempting to lap the Williams of George Russell, was a direct consequence of the pressure exerted by Verstappen.

"Beyond the factual reason for Hamilton’s crash though, is the mindset of the driver, who knows the risks of driving on the wet part but deemed it worth taking the risk in order to apply pressure on the race leader – his championship rival," explained Palmer.

"At Imola we saw Hamilton take risks he hasn’t had to do for years, because of the competition he is up against this season.

"If Lewis was leading the race, or even chasing Bottas or Vettel in a Ferrari, I don’t think we’d be seeing him take the risks that he did on Sunday, but he knows the Verstappen threat in 2021 will probably be his toughest yet as a Mercedes driver."

The post Hill: First corner tussle 'set up a bit of a crisis' for Hamilton appeared first on F1i.com.