Honda open to shifting engine development to Red Bull from 2022 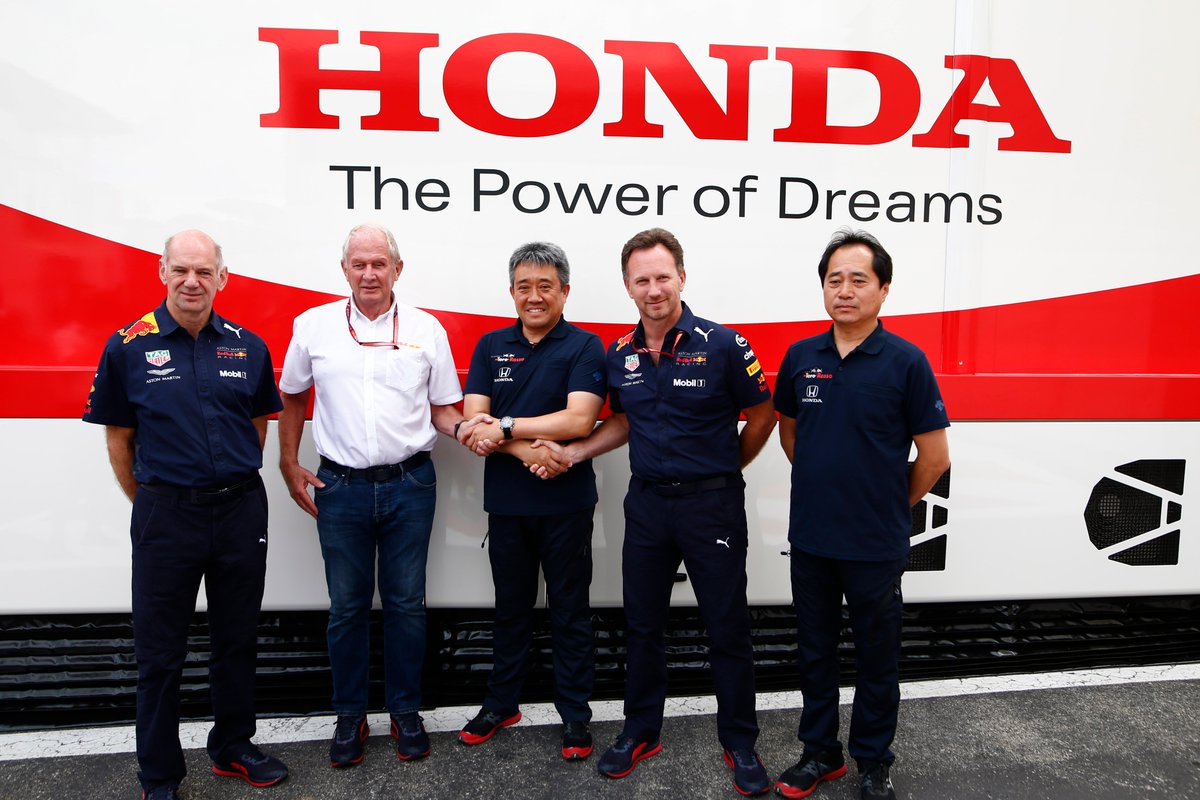 Honda could transfer the development of its F1 engine to Red Bull from 2022 and therefore establish a continuation program between the latter's teams and the Japanese manufacturer.

Honda announced last week its exit from F1 at the end of the 2021 season, a decision that leaves Red Bull Racing and Scuderia AlphaTauri in need of new engine supply deals.

But Honda F1 boss Masashi Yamamoto has suggested that an alternative form of collaboration between Red Bull and the engine supplier could replace the pair's current partnership.

"Honda is happy to talk to them if they need us in any way, not only about the power unit but about other things as well," Yamamoto told website The Race.

"To support AlphaTauri and Red Bull for their programme after 2021 in any way, we’re happy to cooperate.

"As Honda we had so many things from the teams, so we want to give it back somehow in a nice way for the future."

Bringing an engine development program in-house at Red Bull would require significant financial and human resources investment, and perhaps add a lot of weight to the energy drink company's F1 program, not to mention concerns on the part of Honda about safeguarding the manufacturer's intellectual property.

But Yamamoto said that any inquiries by Red Bull about a potential continuation program managed directly by the latter will be conveyed to Honda's top brass.

"If that kind of request is made from the team, I am ready to speak to Japan," he said. "I personally want to support [what Red Bull and AlphaTauri do] as much as possible."

Honda's immediate focus is on the remainder of the 2020 season and on 2021, when a new power unit will be introduced with the aim of helping Red Bull fight for the championship.

"We still have seven more races to go this year first and we have various things we like to try for next year as well," ensured Yamamoto.

"Next year we will try to fight for the championship and have a good ending to our story.

"For next year, we will not reduce any people from our project. We are going to develop more. And we will make the biggest effort in order to win as much as possible.

"We will just keep pushing till the end."

The post Honda open to shifting engine development to Red Bull from 2022 appeared first on F1i.com.