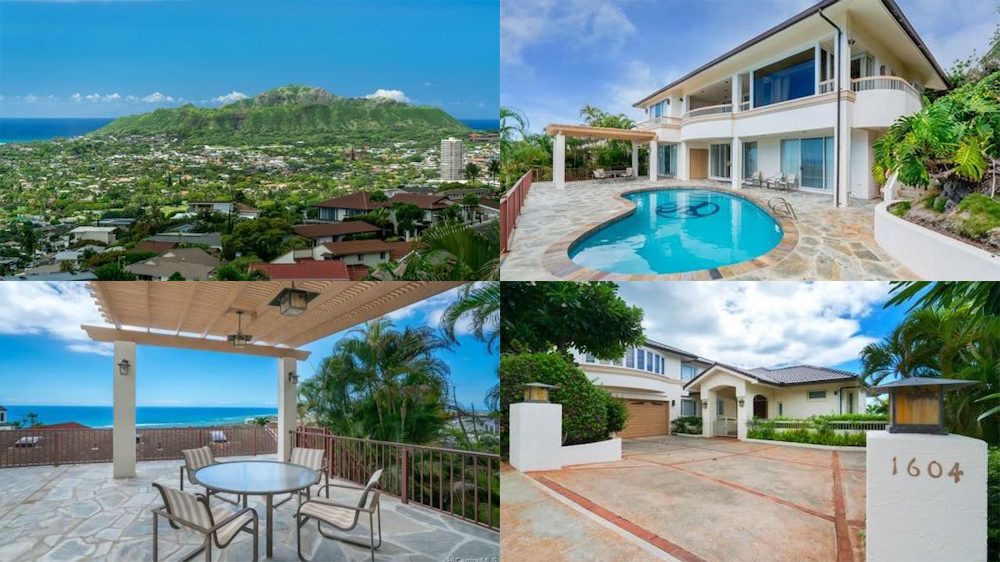 With spectacular views and plenty of space to set up scenic shots, this home in Honolulu is already a star. The camera-ready abode served as the backdrop for the third installment of the popular Japanese reality series “Terrace House.”

Now’s your chance to re-create the spark of reality TV: The stylish home at the center of “Terrace House: Aloha State” is on the rental market for $14,000 a month.

The listing photos don’t reveal the current state of the interiors, but we do see a few glimpses of the pool, the Kahala neighborhood, and the Pacific Ocean.

When the show was filmed in 2016 and 2017, the interior was awash in white, minimalist decor. There was no need for frills when the natural surroundings (plus that fabulous pool) provide the ultimate backdrop.

Here’s a glimpse of the cast standing on the home’s spectacular balcony nearly four years ago.

“Even for a hotel, it’s pretty luxurious,” model Lauren Tsai, then 18, exclaimed during her first tour of the house. Tsai and the rest of the female cast members were also impressed by their huge spa bathtub with an ocean view.

During filming, the four-bedroom, five-bathroom, 5,000-square-foot home was configured for the cast. There was a second-floor bunk room for the women with a view of the Pacific.

The dudes occupied a shared room on the first floor, which opened directly to the pool area with hammock. One bedroom was set up as a playroom for cast members to hang out with a TV and comfy seating.

Along with an unparalleled view, the pool has a unique circular piece of artwork on the bottom. For filming, the artwork was covered by the show’s logo.

For a journey back in time, take a look at the interior of the house from this Netflix Japan promo.

While we doubt the funky mod-white girls room remained intact or if the wood bunks for the boys are still there, the aloha vibes of the third season may reverberate. It’s ready for new tenants to create another adventure using this breathtaking, one-of-a-kind place as a backdrop for something special.

House prices dropped by 1.7% during May, the biggest reduction since 2009

Why Is Jeff Bezos Buying Up Apartments in the Coronavirus...

Two landlords and 800 students square up over rent waiver...