The Fight Club video game degrades its source material by glorifying what the classic 1990s movie (and book) so brilliantly critiques. 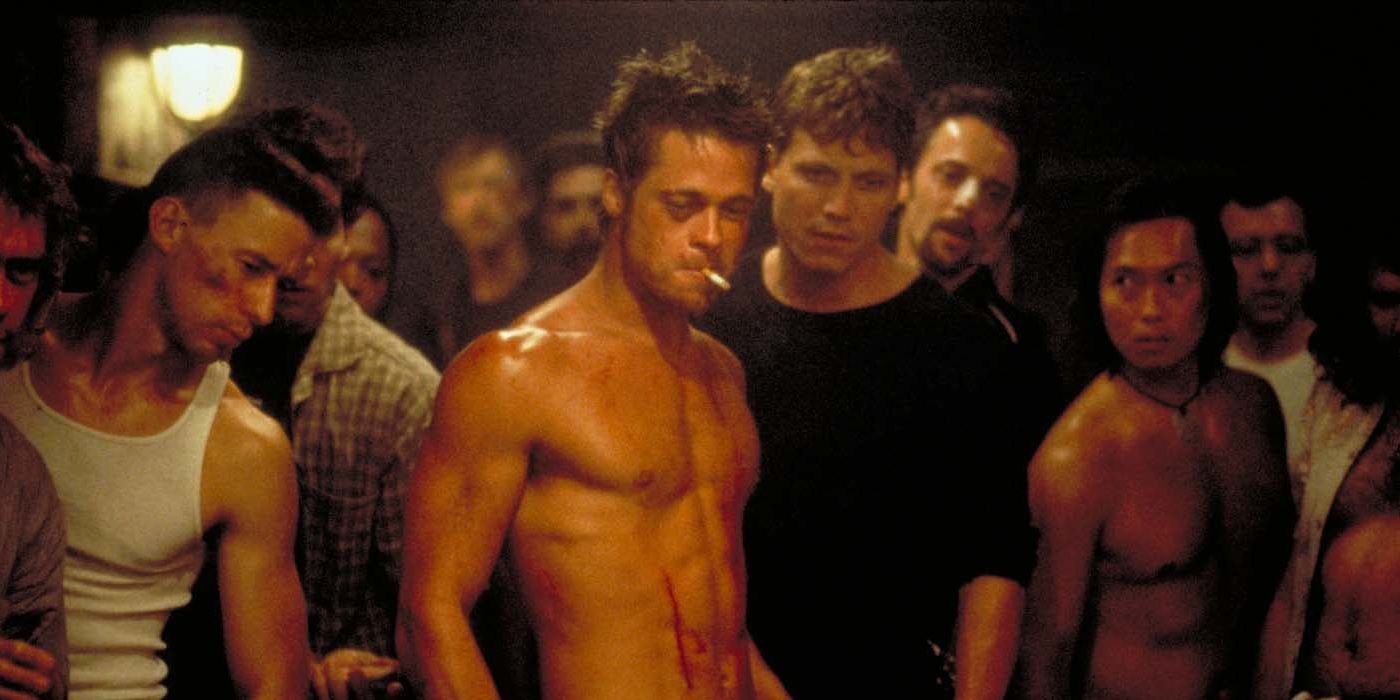 When David Fincher's  released in 1999, it tapped into an angst that still plagues society today. People continue to feel powerless as they struggle to see the point of life within a fractured culture. Fight Club provided recognition to its disillusioned audience by channeling their understandable rage while also critiquing the implications of anarchy. Complex and challenging, the film continues to resonate as an important part of American culture. How unfortunate, then, that the 2004 video game adaption by Vivendi Games, also called Fight Club, completely misunderstands it's source material.

At its core, Fight Club is about finding meaning in a meaningless world. The film's protagonist, the Narrator (his actual name is unknown), aches with pain but lacks any identity: the only way he can feel, at the beginning of the film, is to pretend he has various disorders and attend group therapy sessions – leeching off the emotion of others. From there, the film documents the Narrator's journey of self-discovery. He taps into his rage and thanks to his alternate personality, Tyler Durden, he begins an anarchic movement. However, while the character initially finds joy in destruction, he soon discovers the emptiness of chaos and that true empowerment is not changing the world but taking responsibility for oneself. In exploring the primal allure of violence, its potential for change, and its ultimate dissatisfaction,  offers understanding but no easy answers.

Related: Fight Club: 10 Differences Between The Book And The Film

The Fight Club video-game abandons nuance and reduces the beloved 90's classic into a bland fighter where players just pummel avatars – or each other –  for immediate gratification. Whereas the film tackles the enjoyment of violence and asks difficult questions, the game relishes in brutality with no self-reflection. Its an empty experience.

If the Fight Club video game was just a "cash grab" fighter that would be bad enough, but what makes it a true travesty is its story mode. Taking place parallel to the events of the film, the game's narrative follows an unnamed protagonist as he beats his way through various club members on his quest to meet Tyler Durden. For most of the story, there really isn't much plot other than the protagonist talking to someone and them demanding a fight in return for information. Its asinine, to be sure, but its the game's climatic moments that insult the film's legacy. The game concludes with the protagonist blowing up some buildings while monologuing about how Tyler will teach everyone how to be individuals. In these moments, the game glorifies Tyler's anarchy as liberating while, in actuality, it's the exact opposite.

Fight Club makes it clear that Tyler's anarchy enslaves rather than liberates. Throughout the movie, the Narrator loses himself more and more to the Tyler persona as he experiences blackouts and commits violent acts that he later regrets. Tyler enables the Narrator, and all those in the fight club, to release their repressed emotions, which is important, but also destructive. Violence is not an identity; it's just chaos. That is why when the Narrator begs Tyler to stop the violence, Tyler says “you are meaningless now, we have to forget about you.” Tyler frees people from the shackles of society only to chain them to violence. It's only when the Narrator takes ownership of himself  that he finds actual autonomy (symbolized in the movie by the narrator realizing he, not Tyler, holds the gun). Yes, Tyler Durden's opinions have merit and his manifestation helps the Narrator grow into a fuller person, but Tyler, himself, is not an answer. The Fight Club video game loses the complexity and conflates anarchy with identity.

The Fight Club video game degrades players, and the characters of the film. Fight Club wants its audience to find personal identity, while the game just wants players to see others as avatars to punch.

Next: Memento & Fight Club Have The Same Phone Number: Here’s Why

Brooklyn Nine-Nine: Every Pet Owned By The Team | Screen Rant