Here's how Grand Theft Auto Online's green and purple alien war got its start when an original video on Reddit exploded the trend on TikTok. 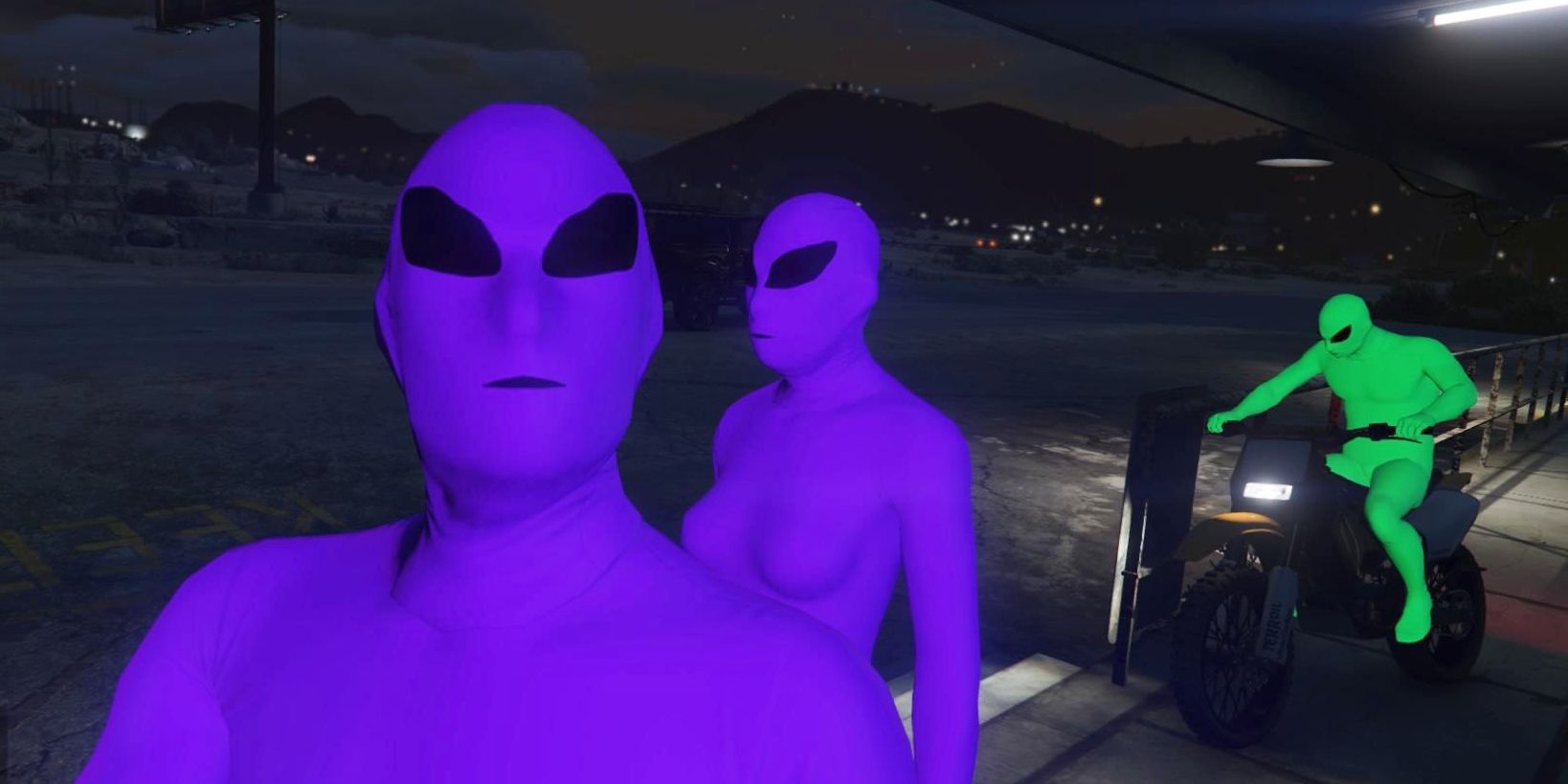 TikTok's latest gaming trend was the spontaneous conflict between green and purple alien gangs, but the war doesn't seem to have started on the platform. The original GTA Online video that sparked the alien war found its way to Reddit a month ago, and players subsequently took to the virtual streets, sharing their extraterrestrial exploits on various social sites for all to see.

The alien war has been one of GTA Online's most high-profile events since its 2013 launch, and Rockstar had nothing to do with it. The company eventually acknowledged players' activities by making s alien suits free, but that was only after players had been running around in the costumes for some time. Although a supposed s alien war was planned for May 15, many players continue to share alien-related content on social media.

Related: How To Get GTA 5 Free On PC

All of this began with a goofy video on Reddit, blowing up into an internet-spanning phenomenon. It would have been nearly impossible for such a wide-reaching event to happen without s large player base, but the actions of a few individuals were what initially began the alien conflict meme.

On April 15, 2020, Reddit user StraightWhiteMale02 posted a video titled "You came to the wrong planet foo," which showed three green alien suit-clad players beating down a random player with baseball bats. The post has received almost 29,000 upvotes as of writing and appears to be the progenitor of the alien wars - though Reddit users like Toa_Firox (via Know Your Meme) had already posted videos of alien-themed griefings as far back as July 2019. StraightWhiteMale02's post resulted in many other Reddit users pulling off similar alien-suited muggings, and rival gangs like the Impotent Rage, the purple aliens, and the Republican Space Rangers rose to combat the green extraterrestrials.

Following the spread of the meme on Reddit, TikTok became a hub for the alien wars. Accounts like alien.type.shit (via Know Your Meme) sprung up to share clips of players' escapades. That account now has more than 462,000 followers and 3.6 million likes, and many others like it exist on the platform, as seen in the tweet below from The New York Times' Taylor Lorenz (via ).

Zhi Ko, host of TikTok account nekoztek, gained many followers as a result of his coverage of the alien wars. He told the aforementioned final battle was devised by Reddit users as a way to end the wave of constant chaos and griefing in GTA Online. Several users on the alien-dedicated Intergalactics subreddit ended up disappointed with the final battle, but Ko explained on TikTok that some servers were overloaded while others had few participants. It's not clear whether the alien wars will die out now that the final battle has gone by, but given the continued social media posting, it appears at least a portion of the community is carrying on with the shenanigans.

Next: GTA Online: Where to Find The Baseball Bat

All three looks of Benny, Kailin and Ashley on the Instant Influencer finale were not just gorgeous but also had a compelling backstory. 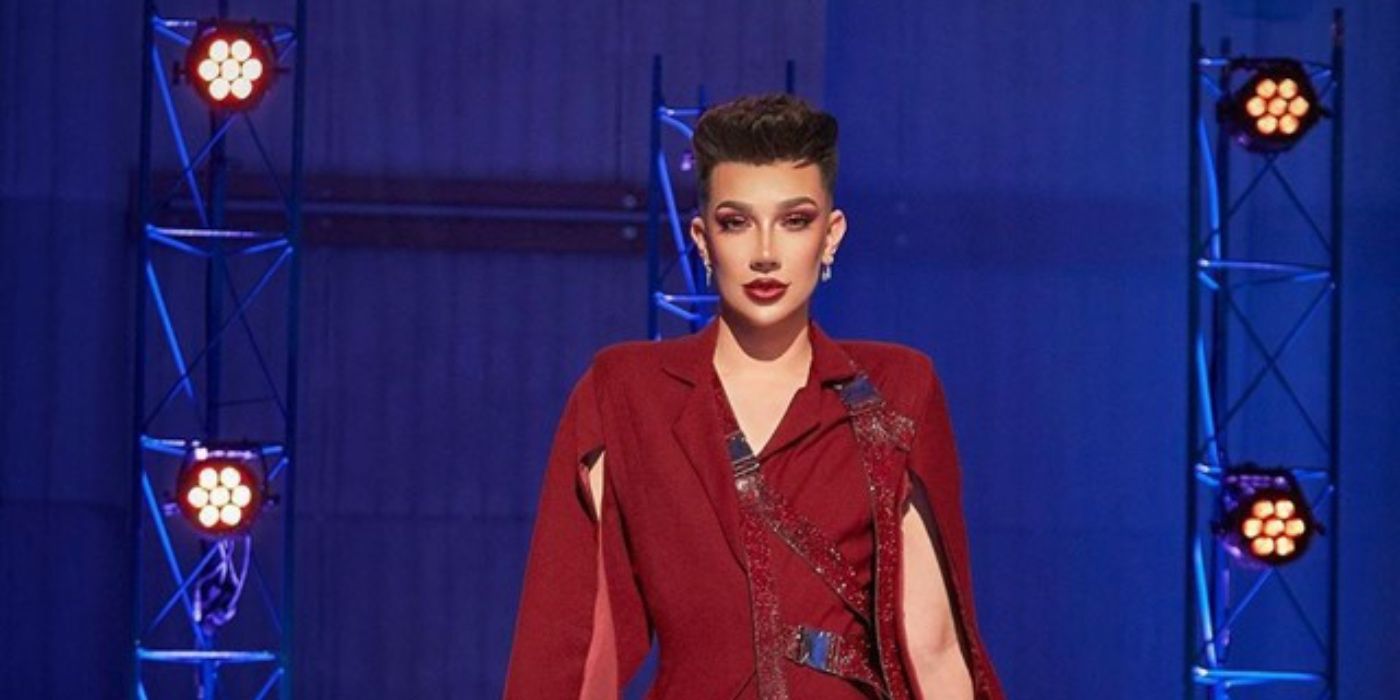 During the last challenge of  episode 4, the final three participants were asked to create the next makeup trend that could take over the industry and would be easy enough to be replicated by others. The concept behind each artist’s look was pretty amazing!

Let’s start with 18-year-old Benny Cerra, who is one of the youngest contestants on the show. He seemed pretty excited to do this challenge as it gave him a reason to represent his true self. He created a look of a "hippity-hop bunny" that is very close to his personal life. While explaining his concept to the judges, he said that he has been wearing a mask of a rabbit throughout his life. He always acts quiet, sweet and innocent, but he can be fierce too. Although the makeup was heavily inspired by Ariana Grande, we did like his version of the story behind the look.

Related: Too Hot to Handle: Why Chloe Veitch Regrets Wearing Such Heavy Makeup on Show

On the 40-minute episode, next up was the Denver-based beauty lover Kailin Chase, who planned to have a colorful floral look on her gorgeous face that had a powerful message. Throughout her life, she struggled with self-doubt. However, during the mega makeup moment challenge, she decided to put on a brave face. Under her left eye, she wrote the words that people call her by, and on the other side, she wrote what she actually is. She said that she’s not naive, but kind because she’s been through some difficult things in her life. Out of all the artists, her speech was extremely heart touching and inspiring. She mentioned that she’s not just a “cookie-cutter white girl” and will no longer let people stifle her creativity because she is a “bad b*tch.” Unquestionably, her look gave a strong competition to the other participants. Check out the video below:

Then there was 28-year-old young mom Ashley Strong from Alaska. She seemed anxious while doing her makeup and also struggled with time management. However, the look she ultimately created was extremely fashion-forward and had a deep meaning that eventually left judges awestruck. She took inspiration from an Italian fashion brand called Off White that likes to strip fashion labels down. She kept her makeup minimal and just used white paint and black eyeliner to complete the whole look. Due to lack of time, she could only paint one side of her face and wrote the terms with an eyeliner. To tie the whole look together, she tried a little DIY earring that was created with a zip tie.

All the looks were highly motivating and artistic. Clearly, it was difficult for the judges to pick a winner. What made this challenge extra challenging was the emotional story behind each look. Many viewers genuinely felt more closer to these three participants after knowing certain details of their lives. Eventually, Ashley emerged as the and won the cash prize of $50,000. It was one of a kind beauty competition, and we will be eagerly waiting for its next season.

Next: James Charles' Instant Influencer: Who Are Nikita Dragun & Bretman Rock From Episode 3