How is treatment for myasthenia gravis evolving?

Myasthenia gravis (MG) is a rare neuromuscular disease that impairs the transmission of nerve signals to muscles, causing temporary weakness of affected muscles. While treatment is complex, recently updated guidelines have added to the understanding of MG and are improving approaches to treatment. The post How is treatment for myasthenia gravis evolving? appeared first on Harvard Health Blog. 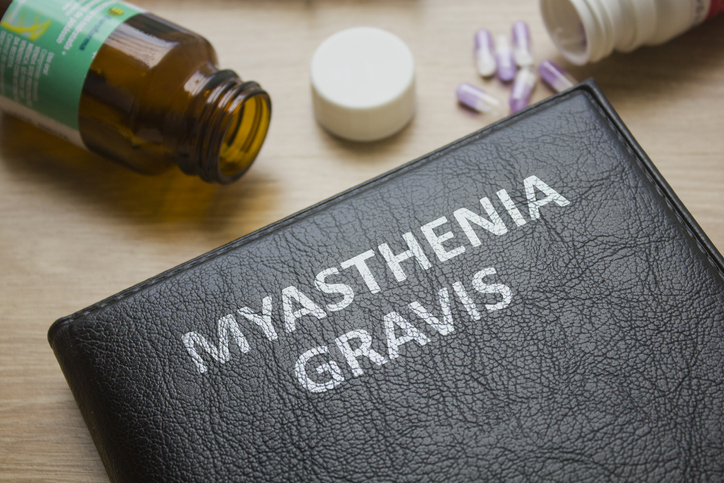 Myasthenia gravis (MG) — a medical term that translates as “serious muscle weakness” — is a rare neuromuscular disease. An estimated 30,000 to 60,000 people in the United States have this disorder, which affects people of all ages, sexes, and ethnicities. Recently updated consensus guidelines have added to our knowledge of different forms of myasthenia gravis and improved approaches to treatment.

What are the symptoms of myasthenia gravis?

Myasthenia gravis impairs the transmission of signals from nerves to muscles at a site called the neuromuscular junction (NMJ), where nerves make contact with muscle. This causes temporary weakness of muscles in use. When the affected muscle or muscle group is rested, it recovers strength.

Throughout the day, your body uses many muscle groups repeatedly; this is true even if you’re not especially active. Because myasthenia gravis is marked by use-related weakness in particular muscle groups, repeated activity of affected muscle makes weakness worse. The weakness improves with rest, only to recur as activity resumes.

Which muscle groups are affected may vary from person to person. Often, the muscles around the eyes are affected. Drooping of the eyelids and double vision are common symptoms. People may complain that they are fine when they wake up, but as the day goes on, their eyelids droop. After a nap, their eyes are wide open. They could start out seeing just fine when driving, but as they drive on they develop double vision. They cannot eat a whole bagel because their jaw gets tired after a while, although they can eat pasta without a problem. Their arms get tired halfway through blow-drying their hair and they have to stop, put their arms down for a while, and then go on.

Several disorders and even some medications can affect the neuromuscular junction. I’ll focus here on a form of myasthenia gravis called autoimmune MG. If you have autoimmune MG, your immune system produces antibodies that inappropriately attack certain proteins at the junction. One such protein is the acetylcholine receptor (AchR), located on the muscle membrane at the junction.

This particular protein binds to a chemical messenger called acetylcholine (Ach). Ach is released by the nerve terminal when an electrical signal reaches it, causing a muscle to contract. But AchR antibodies destroy and reduce the number of AchR, so that the transmission of impulses from nerve to muscle is impaired and muscle weakness results.

Antibodies may also be directed against other important proteins at the neuromuscular junction that would normally help to maintain AchR proteins, causing the same end result. Two such proteins that may be targeted by antibodies are muscle-specific kinase (MuSK) and lipoprotein-related protein 4 (LRP-4).

How is myasthenia gravis treated?

Treatment is directed first toward improving symptoms. The drug most commonly used is pyridostigmine. Pyridostigmine prolongs the time that Ach stays in the neuromuscular junction, thus giving it more of a chance to bind to the reduced number of AchR receptors.

Additionally, people with autoimmune MG receive treatment to suppress the abnormal immune response underlying the disease. Many approaches are used to achieve this.

In 2016, the Myasthenia Gravis Foundation of America (MGFA) convened an international task force of neuromuscular specialists to develop guidance around treatment. This panel updated that guidance in 2020, adding new recommendations for a surgical procedure called thymectomy; treating ocular MG (MG confined to the muscles around the eyes); and the use of three medications to address abnormal immune response: methotrexate, rituximab, and eculizumab.

Many people with autoimmune MG need long-term immunosuppressive treatment to help them manage their disorder. The best options for treatment are decided through monitoring the course of the disease and response to treatments over time.

The treatment of MG is complex. Your neurology team will take into account several factors, including age, gender, pregnancy and breastfeeding, and other illnesses (such as high blood pressure, diabetes, or liver disease). They’ll also consider the presence and type of MG antibodies, the type of MG you’re experiencing (ocular MG or generalized MG, which affects more than the eyes alone), and your preferences and values.

As new information about treatment becomes available, discuss possible treatment changes with your neurologist, who can help ensure that the treatment choices you make align with your goals for improvement, as well as your personal values and preferences.

The post How is treatment for myasthenia gravis evolving? appeared first on Harvard Health Blog.

‘Protest Is a Profound Public Health Intervention’: Why...

Studies On Effects Of COVID-19 Over People With Diabetes

Nearly Half of Coronavirus Spread May Be Traced to People...

‘It’s The Hunger Games for Laboratories.’ Why Some People...