How Not to Shoot a Car Commercial

There is always that time on a shoot… Everything has been going really well up until that point. You’re explaining the next shot to the client and they stare back at you, not sure if you’re trying to be funny. A few explanations later and the plan is agreed. We’re going to film their sports […] 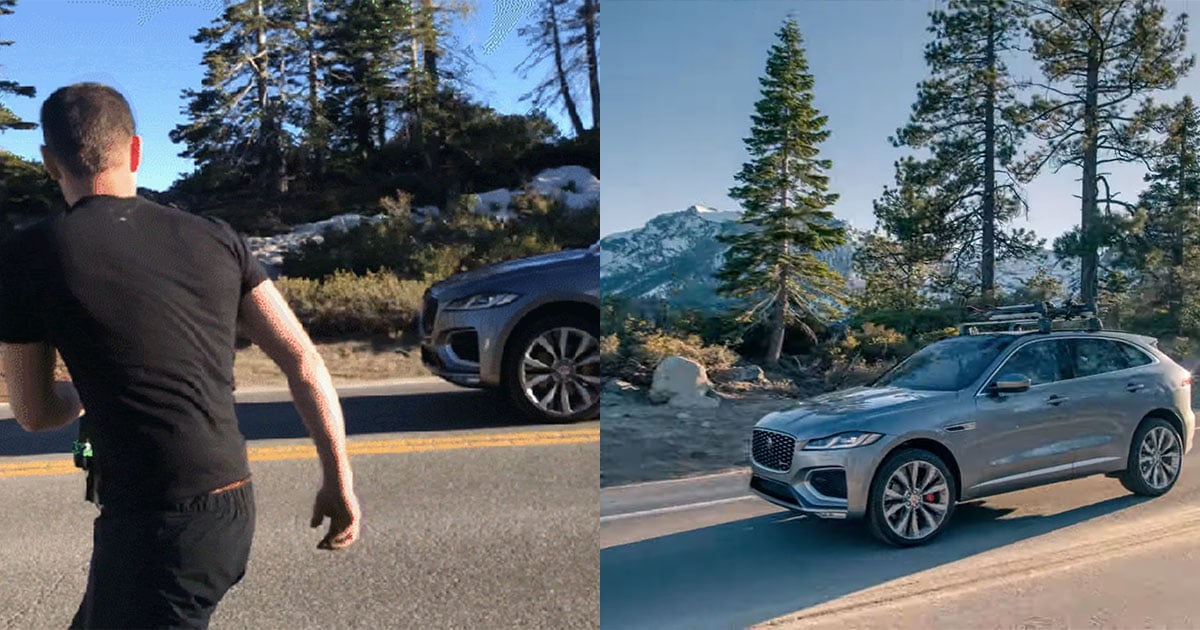 There is always that time on a shoot… Everything has been going really well up until that point. You’re explaining the next shot to the client and they stare back at you, not sure if you’re trying to be funny.

A few explanations later and the plan is agreed. We’re going to film their sports SUV gracefully negotiating a hairpin bend, only we’re going to do it at walking speed.

I reassure the client that it’s a good idea and will look amazing, but the truth is I’m not 100% sure. The test shots I did looked pretty good.

Moments like this on shoots are oddly reassuring. If everyone thinks you’ve gone a bit crazy then you’re probably doing something right, or at least you’re trying something different.

Time to get running.

We’re filming on a particularly beautiful stretch of road around Lake Tahoe in the US. The car is embargoed, it’s one of the more high profile shoots I’ve been involved in.

So how would you normally film this shot? It’s actually pretty straightforward. That is if the road is closed and you’ve got a ‘Russian Arm’, essentially a car with a large jib built in.

Sadly my arms aren’t Russian. A ‘low tech’ solution is in order. Rather than work out complex and dangerous ways to smoothly move the camera at speed, I would move the car at walking speed and run alongside it. Something closer to a stop motion animation than a car commercial. This allows some pretty big camera moves seamlessly taking us to our next shot.

I’m “filming” with a Nikon D5 mounted to a gimbal and shooting stills at 8fps. Effectively filming at 1/3 real-time in 6k with oodles of NEF raw quality to stabilize in post.

4,635 photos later and I think we’ve got a good take. I’ve certainly had a good workout running alongside the hero car at least.

Is the shot perfect? Not perfect but certainly dynamic and it was achieved quickly, with minimal fuss and in the perfect light.

About the author: Rob Whitworth is a BAFTA winning EMMY nominated film maker. The opinions expressed in this article are solely those of the author. Whitworth’s unique flow motion works are instantly identifiable. You can find more of his work on his website, or by following him on Facebook and Instagram.

Retouching: Best practices to keep in mind for commercial...

5 Ways to Creatively Upskill Your Wedding Photography at...

This is What It’s Like Photographing a Magazine Spread...

You Can Now Use Profoto’s B10 Studio Strobes with Your...

Photography Life Just Released All of Their Paid Photography...