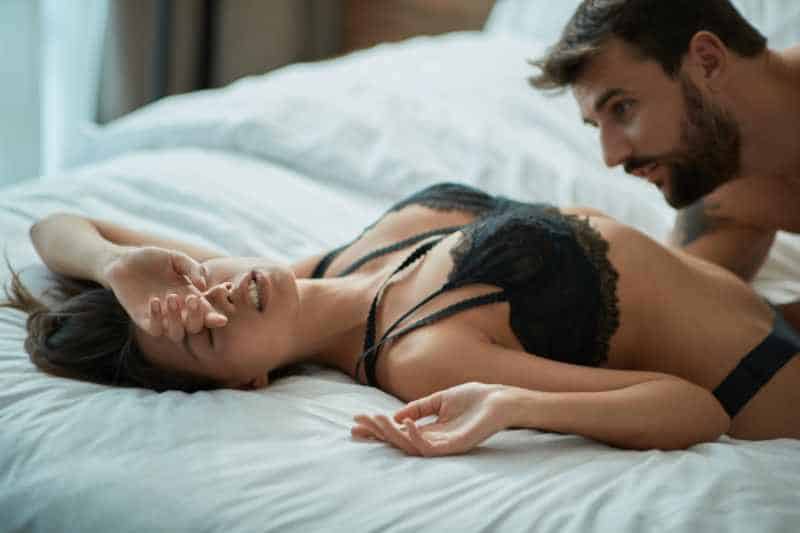 Hey, what's up? It's another episode of Ask Ruwando, and I'm Ruwando here for Gotham Club.

And this question is from Tom:

“Do you have any tips for eating out girls to make them come harder or faster?”

Great question, Tom, and I think this is something many men are curious about.

So today, I want to show you the truth about how to truly satisfy a woman when you’re going down on her.

No bulls*it, no beating around the bush (no pun intended).

Thanks for the question, Tom.

First thing I'm going to say and I have to say this right off the bat, I need to reframe the question.

Because if you're going at this, Tom, and I think a lot of guys do from a goal-oriented framework, you're already setting yourself up to fail.

That's going to put you in your head, even if you know the perfect techniques… you're probably gonna mess up.

And secondly, women are very intuitive.

If you're putting pressure on yourself to have some sort of outcome, she's probably gonna pick that up.

And either she's going to be annoyed, or she's gonna feel pressure on herself and that's not gonna be good.

If she's feeling pressure on herself she's almost certainly not gonna have an orgasm. And if she does it's probably not gonna be a good orgasm.

Like if a woman's putting pressure on you to do something to get hard in a certain way you're probably gonna lose your erection. No one wants to feel pressure, especially in the bedroom.

So I'd say instead of trying to get her to have a certain kind of orgasm instead make your goal not a goal.

I mean it's a bit counterintuitive, but make your goal to just have enjoyment and pleasure, moment to moment.

Because that is the best way to have her have big orgasms. You want to go moment to moment feeling the sensation.

So instead of eating her out to try to get her to orgasm, I'd say eat her out in a way that makes it feel as good as possible for both you and her in the moments.

And that comes down to a term I bring up in a lot of videos which is the resonant stroke.

What Do I Mean When I Say “Resonant Stroke”?

If you don't know what that is, resonance you can think of like a wine glass.

So in every moment of sex, there is a resonant speed, location and pressure that allows her body to sing.

You're matching what she's feeling and that's what's gonna allow the most sensation.

I’m talking about the biggest possible orgasms you’ve ever witnessed–squirting and stuff like that.

So within that, I have 3 tricks to help you find that resonant stroke and give her as much pleasure as possible while you’re going down on her:

The first thing is to pay attention.

A woman's body will tell you exactly how it wants to be touched if you can pay close enough attention.

But it certainly goes for the vagina, the vulva.

Women's genitals are very expressive, okay? If you can really pay attention it'll give you the feedback.

Through moisture, through swelling, through her feedback, and through the sounds she makes.

So you wanna be able to pay attention to these cues because all the instructions you need are in her body, not from me telling you right?

So the thing I wanna tell you though is to pay attention.

Having a high attention span is the number one trait that makes a man good in bed.

I'd argue it's also what makes you successful in life. Being able to pay attention to the cues in business, in relationships in whatever.

But certainly when it comes to a woman's body.

The next principle is to be curious.

Once you're paying attention you wanna look even deeper.

Don't just, just pay attention to what her body is doing in the moment.

Be curious, like oh what happens if I lick this part of her labia?

What happens if I turn my mouth sideways and kiss?

What happens when I suck?

Or what happens when I go lightly or hard (or whatever)?

Some of the best oral sex techniques that I have, I'm not even gonna share with you–because I came up with all of them from being curious and noticing like oh this worked with this woman.

Or she had this feedback.

And that's the mindset you wanna have going into sex, because you'll come up with your own best techniques.

And they're not even gonna work with every woman, because every woman is different.

I mean, you don't need me to tell you what a woman's positive response is.

If she's making positive moaning sounds, if she's getting wet, if she's saying yes more, more… you know what arousal looks like, I'm sure you do.

You don't need me to tell you what it is. Pay attention and pick up those cues, 'cause that's what's gonna bring her to orgasm.

3) Eat For Your Pleasure

The last thing on finding the resonant stroke is to eat for your pleasure.

This is an obvious one right?

Of course you do wanna care about whether she's having a good time. That's why you're asking the question.

But as I addressed in a video on how to get women to wanna give you oral sex more often… same thing on the flip side. Giving oral sex to a woman, eating her out, can be a very pleasurable experience for you.

Because you're picking up on her sympathetic arousal, and that's part of the fun of sex. There's no longer any giver or receiver because you're both enjoying every act.

If you can get yourself into this mindset you won't even worry about whether or not she gets off or not 'cause you'll be having such a good time.

And the beauty is when you're in this connected state that's when the highest sensation happens.

That's when she's most likely to orgasm–when you are eating her out for your own pleasure.

It’s like when a woman is really enthusiastic about sucking your c*ck. That’s when it feels the best right?

Speaking of which… here's a fun trick you can use to get a woman practically “addicted” to your manhood:

Want Her to Get Addicted to Your Manhood?

Don’t get me wrong… some women WILL get addicted to some good tongue, I’ve seen it a bunch of times before.

But every girl is different…

Not every woman out there gets off from just good oral.

And because few women have ever experienced , or are even aware of it…

The best part is, you only need 5 fingers to do it… so you can use it when you’re going down on her and your tongue needs a break…

During sex if your c*ck needs a break…

And speaking from experience, if you use this move right she WILL come, and she WILL want to sleep with you again… point blank:

The post How To Eat P*ssy Like a Sex God: 3 Tongue Tricks for MAXIMUM Pleasure & Orgasms… appeared first on Gotham Club.

How To Seem Like the “Rich” Guy Without Spending a Single Penny (And Why This Will...

Why “Teasing” Makes Her Want to F**k You

How to Dress for a First Date

Hot Girls Want To F*ck You! You’re Just Missing THESE 7...