Having completed your plotter set-up and planned and entered your route, now comes the part that all that preparation was for – actually running the route. Jon Mendez explains how to avoid common pitfalls...In theory, if the first two steps have been completed correctly, this should be a simple case of just following the pre-programmed information. However, as a navigation examiner of many years, I can honestly say I have seen many skippers struggle to interpret and check the information in front of them, even when they have […] This article How to follow a route on a chartplotter appeared first on Motor Boat & Yachting. 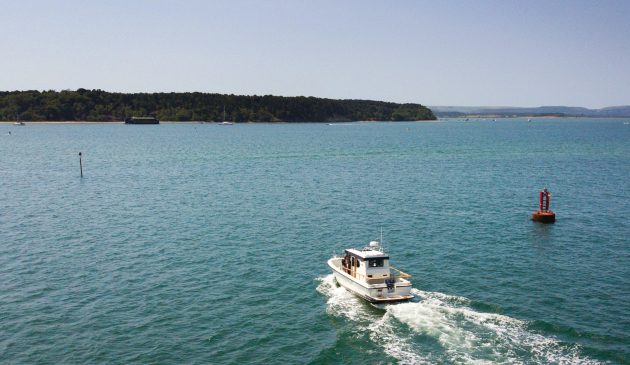 Having completed your plotter set-up and planned and entered your route, now comes the part that all that preparation was for – actually running the route. Jon Mendez explains how to avoid common pitfalls...

In theory, if the first two steps have been completed correctly, this should be a simple case of just following the pre-programmed information. However, as a navigation examiner of many years, I can honestly say I have seen many skippers struggle to interpret and check the information in front of them, even when they have actually planned it all correctly.

There are a number of things to be wary of but these are the ones that occur most often: Waypoint arrival alarms – most systems allow you to adjust the range so that it activates at a sensible range of, say, 100m. If it’s set too wide (i.e. 500m) it will say you are at the waypoint when in reality you still have quite a way to go.

This can have serious implications, as it may not be safe to switch headings to the next waypoint until you are much closer to or even just past your chosen waypoint. Change heading too early and it may take you somewhere unsafe. On a similar note, once the alarm has triggered, most systems switch to the next waypoint as soon as you press ‘acknowledge’.

If your waypoints are set close together, that might simply cause it to trigger again immediately for the second waypoint. So particularly in a congested area, like our planned route, it’s important to have a tightly defined waypoint arrival alarm, and then make sure you are completely happy with your location before changing heading.

There is no problem with switching to the next waypoint early using waypoint advance if you are sure that you have completed all your checks. Waypoint locations – a key factor when choosing your waypoint locations, and one to monitor closely, is where the next waypoint is in relation to the one you are about to arrive at. Will it involve a change of heading to port or starboard, by how much and how far away is it?

This is crucial as it allows you to be sure that the next waypoint bearing and distance given by the plotter actually matches what you are expecting. If well prepared you may already be able to spot your next waypoint, assuming you have used a physical object like a buoy which is within visible range.

I find that either using the ship’s compass or a hand-bearing compass to sight along to the next bearing is a simple and reliable way to spot the next waypoint well in advance of the one I am currently heading to. Some find using the plotter in Head Up mode makes this easier, I personally prefer North Up as having planned the route on a chart I still have the correlation to hand and find it easier to spot errors.

The distance part is used to allow you to judge how long the next leg will take, most plotters show this information as Bearing To Waypoint (BTW), Distance To Waypoint (DTW) and Time To Go to waypoint (TTG).

Lastly, when you plot a simple route with charts or enter it directly into the plotter you are making no allowance for any tidal movement of the water itself or any wind pushing you off your intended track. On short legs this is perfectly safe as long as you stick to your intended ground track.

On longer legs you will need to closely monitor your progress and watch the course over the ground (COG) on the screen, if this is close to the bearing to waypoint (BTW) then you are heading in the right direction.

Our How To video series is brought to you in association with GJW Direct.

This article How to follow a route on a chartplotter appeared first on Motor Boat & Yachting.

California Dive Boat Fire: What Lessons Can We Learn?