Providing direct aisle access is often viewed as a crucial element of a premium cabin. But how can… 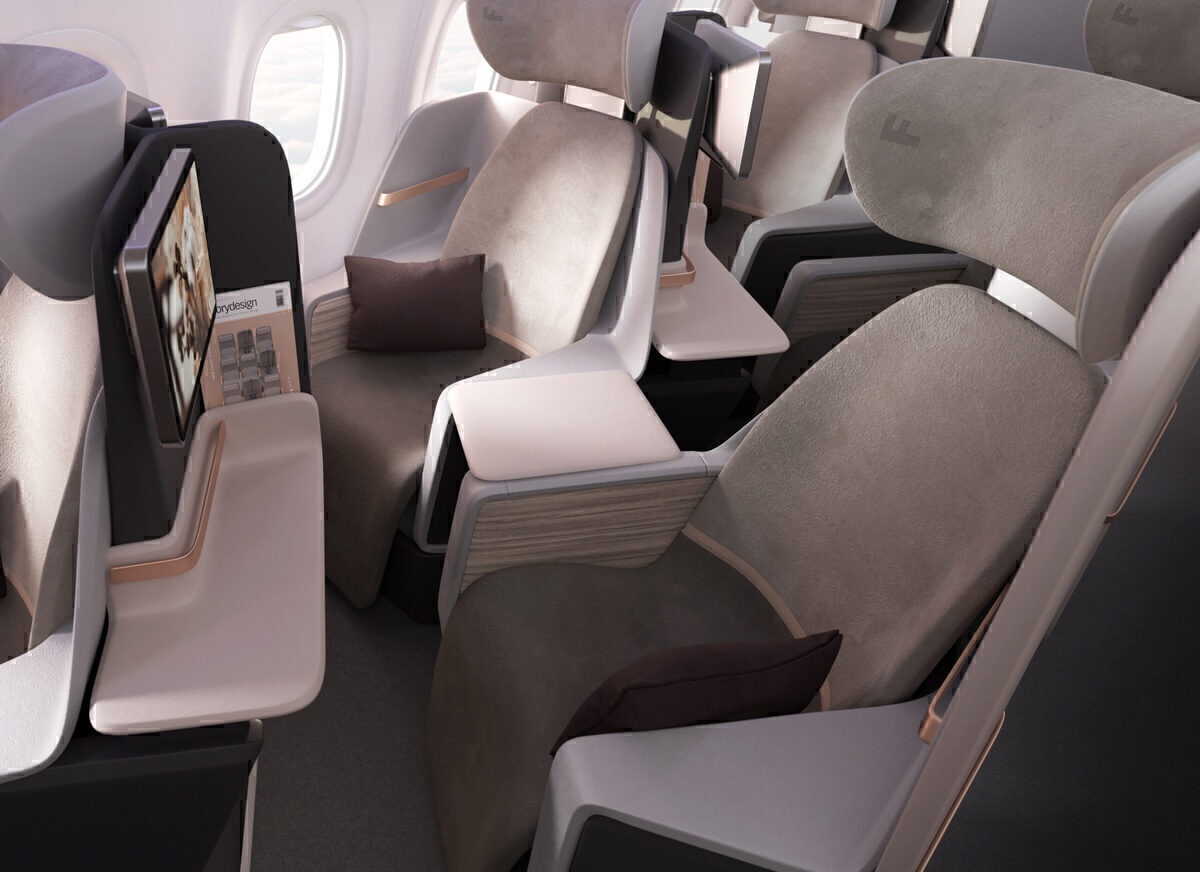 Providing direct aisle access is often viewed as a crucial element of a premium cabin. But how can you achieve this without sacrificing an immense about of capacity? London-based Factorydesign thinks they’ve cracked the problem with a new seat concept called ‘Access.’

How to get direct aisle on a single-aisle

Direct aisle access is widely accepted as the new ‘must-have’ in the premium cabin. Typically, this means a layout of a seat by each window and two in the middle; but of course, this requires two aisles. On single-aisle aircraft, airlines are typically faced with the choice of either a 1-1 layout, with very low capacity for passengers or simply giving up and making their premium guests climb over others to access the aisle.

But what if there was a way to retain a high capacity of passengers and still grant every person direct access to the aisle? Sure, it wouldn’t have the spacious opulence of something like JetBlue’s 1-1 Mint suites, but for mid-market carriers flying long haul (think Icelandair, Hawaiian, Austrian), adding comfort without reducing capacity could be a winning combination.

Well, the genius designers at Factorydesign think they’ve come up with just the thing. This capable, London-based design house is the brain behind some of the most innovative seats in the sky, including the Delta One product and Virgin Atlantic’s ‘The Loft.’ Now, they bring us a design for direct aisle access on a narrowbody plane while still retaining the all-important 2-2 layout. Here’s how it works.

The product concept is called ‘Access,’ and the way it works is all about angles. Two seats on either side of the aisle are angled in such a way that the window seat person can move to the aisle without needing to clamber over the aisle passenger. The intuitive design, it says, will allow a typical Airbus A321LR (or XLR) to accommodate up to 40 passengers between the first and second doors, in comparison to 30 using something like the Vantage Solo.

Sure, you don’t get a lie-flat seat, but you do get an immense amount of recline and vast pitch of 47”, well suited for longer haul flights. The back of the seat shell in front becomes the amenities for both seats, while the aisle passenger has the benefit of a privacy panel for a more secluded flight.

Factorydesign thinks that a seat like this will be hugely in demand in the post-pandemic environment, with more airlines seeking the flexibility of the narrowbody aircraft to operate low volume point-to-point services. The firm told Simple Flying,

“In response, we have been developing a seat product which is a premium enhancement beyond a conventional 2-2 configuration (typical narrowbody  BC), but not as premium as the fully lie-flat, direct aisle access seats. Currently, there is a significant gap between the lie-flat, direct aisle seats such as SOLO (and others) and the conventional 2-2 configuration.  We are confident that there is a market need for a high-density, less space-hungry premium seat for single-aisle that provides added features and enhanced passenger experience beyond a standard 2-2 configuration, with higher-density cabins than full lie-flat business class.”

It’s an interesting concept that could certainly see some traction in markets where smaller aircraft are flying further. Let us know what you think in the comments.

Air Canada To Enforce Temperature Checks From All Passengers

Here’s Where Chinese Airlines Are Flying To In the United...

Norwegian Could Benefit From New Debt Laws In Norway