Discover The Secret to Get Girls Without Spending Money Or Bending Over Backwards For Her… Click here to Discover 3 ... Read more 2,721 Views The post How To Seem Like the “Rich” Guy Without Spending a Single Penny (And Why This Will Get You Laid A LOT More) appeared first on Gotham Club. 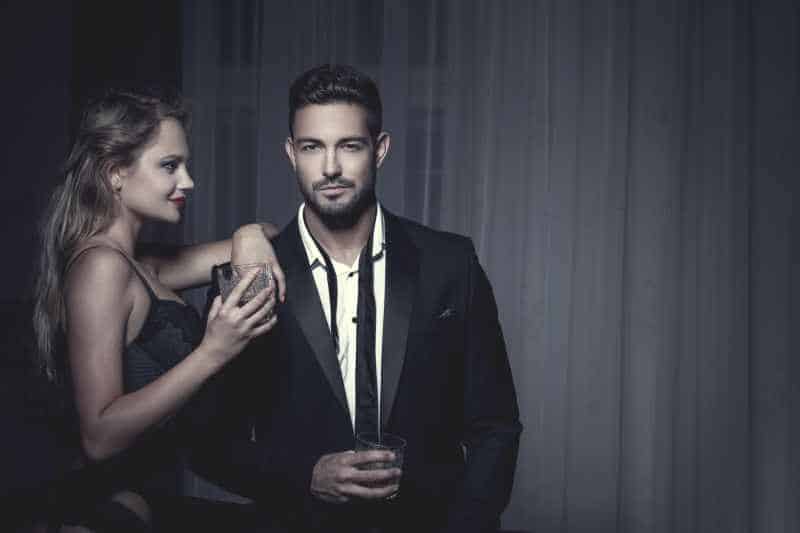 “What makes a woman say no before you even start?”

“Too short,” “too bald,” “fat,” “inexperienced,” or “weak”… though there is one response that is even more classic than all the rest:

Or rather, lack thereof.

This one is timeless, and for a reason.

And so today we’re going to get to the bottom of why women are so attracted to money and how to get girls without spending money.

So without further ado let’s handle what is probably the biggest, baddest and realest excuse for why she doesn’t like you… and why she likes that other (short, fat, bald) guy.

“This one’s real, David.” Most of my clients tell me…

I mean, it’s a fact. You either have it or you don’t, and you can’t pretend to have it if you don’t!

There’s no question–girls prefer a guy with money, all else being equal.

Girls prefer a guy with money… all else being equal.

All else is NEVER equal, though, is it?

Women–having WAY more social experience than you (in general) know this even better than you do.

The truth is–and you can find out more if you listen when she speaks, rather than just nodding your head–what she likes about money is some feeling it gives her that is not actually from the money.

Here are some examples of the diverse, sometimes even contradictory feelings that money gives, so you can realize that they are not actually real… AND they can be produced without money.

There is a feeling–and it’s not unrealistic–that with more money, you (and she by extension) would be free to think, do and say what you want.

This is different from the opportunity to have experiences–I’m talking about the freedom to do things that other people can do, but wouldn’t for fear of censure or punishment.

In fact, this freedom always exists. Money only does one or more of these things:

a) It makes people’s unconventional thoughts and unpopular actions public.

This is, of course, so that we can notice them and envy their fearless–free–ability to think and do.

b) It compensates for punishment and censure.

A person feels, “I don’t care if people don’t like what I do or say, because (basically) I have more money than they.”

This circular logic is natural. The money does NOT provide freedom.

This is true in the sense that, “I (and other people) like this person, so these behaviors are less unlikeable than I thought.”

(It’s kind of like a phrase you may have heard me steal, “Change her mood, not her mind.”)

This last one comes closest to the feeling people have about the freedom that money brings.

Money can bring more fun–especially if that’s what you spend it on.

While money can buy toys (and it’s certainly not the only way to get them), money cannot buy fun.

Thus far, I have not encountered a child under one who prefers a purchased toy over the keys you use to get into your house, or under two who prefers any thing to your mobile phone.

Not to mention RIGHT now I’m on a ski vacation in Breckenridge and it’s super expensive.

But there’s no way I’m having more FUN than the 50 or so university students who got a package deal of probably half what was spent for me.

If you have money, most women think, they are safer.

You can pay for certain safety precautions–like gates and bars and exclusivity and alarm systems and bodyguards.

Of course, crime goes to where the money is… and danger is not merely a function of circumstance, financial or otherwise.

I needn’t list the murdered rich people, the plane crashed celebrities, the helicopter crashes and speedboat crashes and car crashes that claim their lives with similar (though more favorable odds) to everyone else.

(You can always try using one of these 3 innocent touches to turn her on fast.)

The truth is, safety is a feeling.

And while money is often, in a woman’s mind, a shortcut to safety… the feeling doesn’t come from it, nor require it.

Pay attention to what she’s looking for, and you can make her feel safe.

Basically, a lot of women–this is so true–feel like having money, or talking to a guy with money, means that they’ll have peace of mind.

“Whatever we do will be fun and safe” (see above)…

“I won’t have to worry about anything”…

“My friends will envy me”…

“And if things go really well, I’ll be comfortable for the rest of my life.”

Do you think it’s people without money that are lining up for antidepressants and lining the pockets of the pharmaceutical industry?

I’m not arguing against medicine for improving people’s lives…

But please agree with me that anxiety, depression, insecurity and other states lacking peace of mind are not unheard of in those who have money.

In fact, while money may buy quality drugs–legal or illegal–drugs do NOT produce peace of mind, even when they mimic it.

In fact, you don’t need to fulfill any of these desires–freedom, fun, safety and peace of mind–in order to be attractive with or without money.

You need to do something else, and I'll show you the key to getting girls without spending money below:

Like I mentioned above… men who have money might get some women more easily, but that doesn’t mean they’re getting laid.

Money doesn’t put in any of the work for you.

That’s why there are quite a few rich guys who really struggle with women. They think their money should do all the work… but it doesn’t.

You know what will get you laid though?

I’ll give you a hint… Change her mood, not her mind.

I mention that saying a lot because when you can change a woman’s mood, it’s an incredible power to have…

It’s how guys like me (and a lot of my clients), who don’t have tons of money, get to sleep with really hot model-type girls… who otherwise wouldn’t even give us the time of day…

And it’s the secret to

(Even if you haven’t spent one SINGLE penny on her, and never intend to)

And here’s the kicker… you can easily change a woman’s mood, and sleep with her without saying much of anything to her at all:

The post How To Seem Like the “Rich” Guy Without Spending a Single Penny (And Why This Will Get You Laid A LOT More) appeared first on Gotham Club.

How to keep hope and momentum in 2021

Love beyond boundaries – Why interracial dating is enriching...

6 ways to keep your new year (and dating) resolutions alive

How to Make Sure She Says “Yes”

90% of Women Say Their Orgasm Lasts Longer in THIS Sex...

How to Bring Separated Families Together in the Pandemic...