How Vistara Is Embracing New Technology

Last month, Vistara proudly rolled out WiFi on its Boeing 787 Dreamliners. This move made it the first… 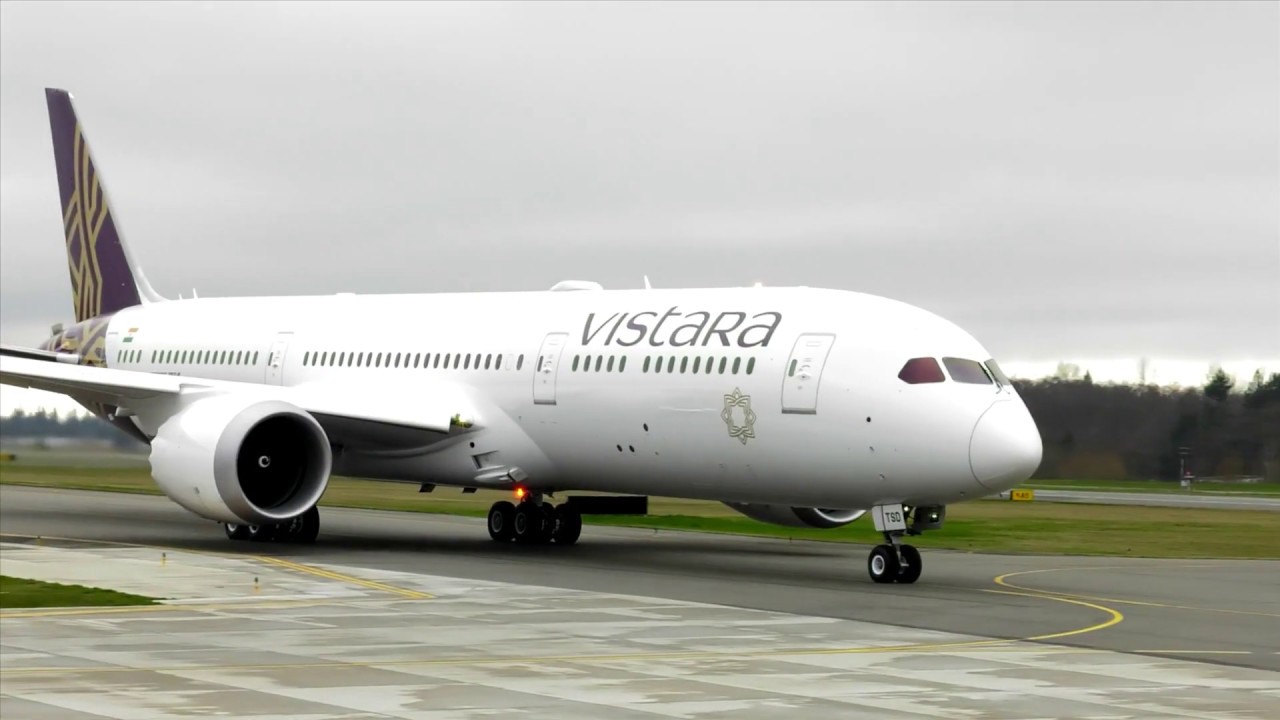 Last month, Vistara proudly rolled out WiFi on its Boeing 787 Dreamliners. This move made it the first Indian carrier to offer this service. The initial WiFi-enabled flight took place on the airline’s new Delhi to London route. This move is just part of several technological initiatives that the Indian carrier is putting in place.

Simple Flying recently spoke with a Vistara spokesperson about how the airline is embracing technology. Altogether, the company undoubtedly sees the value in adopting new systems as it adapts to the industry.

When it comes to onboard communications, the company’s new Boeing 787-9s and Airbus A321neos are already equipped with satellite connectivity by Panasonic, which enables passengers to access the internet through onboard WiFi, 3G mobile data through GSM, and GPRS for SMS and MMS services.

Notably, the airline is currently offering complimentary inflight WiFi on international flights operated by its Dreamliners. Moreover, subject to regulatory approval, it plans to soon introduce the service on its Airbus A321neo aircraft as well.

Furthermore, all Vistara aircraft come with Vistara World, the airline’s wireless entertainment service. The company says that this product offers passengers a rich multimedia library with a wide range of engaging content that includes movies, TV shows, and audio compilations of various genres as well as games. It also contains a high-quality map experience with a 3D flight path map and flight tracker.

The need for change

The spokesperson highlights that since its inception, Vistara has been at the forefront of embracing new technologies to offer a seamless and hassle-free travel experience for its customers. It says that it’s already on its digital transformation journey, which has been fast-tracked due to the global health crisis.

Vistara has been extremely conscious about the safety of its customers and has introduced several tech-enabled processes to minimize physical contact. It understands that this is the need of the hour. Hence, several significant investments are being made in this direction.

In the current scenario, minimizing human contact and introducing touchless solutions is the key to ensuring safety throughout the passenger’s journey and is a deciding factor for customers to choose an airline. Initiatives taken by Vistara include the implementation of touchless process. Kiosk screens, scan & fly services, self-tagging, self-baggage drop, self-boarding, e-gates, biometrics/face recognition, e-boarding passes, and bag tags are all part of this contactless passenger journey.

Since all the processes are all touchless solutions, the carrier says that this factor will go a long way in the post-pandemic world to build passenger confidence in air travel.

“As a young airline, any concept that promises to enhance customer experience finds the right place in Vistara in the form of experimentation, prototype, or a full-fledged solution,” the spokesperson told Simple Flying.

These procedures have helped Vistara manage the crisis. They have combined well with other initiatives across the carrier’s operations.

“To deal with the situation, we have been pursuing several measures to reduce non-customer facing operating expenditures and making every effort to conserve cash wherever possible, while exploring avenues for additional revenue,” the spokesperson added.

“We participated in the government’s Vande Bharat Mission and also ramped up our cargo operations. Vistara became the first carrier to introduce an additional ancillary service which allows passengers to book an extra seat for themselves to ensure that the next seat is empty – to encourage travelers to fly with greater confidence. Vistara Upgrade is another such initiative launched recently facilitate our customers and augment our revenue.”

Vistara’s focus in the long term remains on densifying its domestic network and strengthening its presence in the international market while forging strong partnerships with many like-minded global airlines. The firm believes this approach will benefit its customers and offer them a seamless experience.

Altogether, amid the pandemic, the airline expects a significant increase in demand for direct flights as customers try to avoid connecting flights due to concerns of exposure to COVID-19 in transit. Vistara states that it is very well placed and operationally ready to offer direct connectivity to long-haul destinations, especially with more 787-9s aircraft joining its fleet. It will also continue to focus on digitalization and improvising processes to make travel seamless for its customers.

Above all, Vistara is still a relatively new airline in India. The operator only commenced operations in 2015, giving it only half a decade of experience. However, it has already broken ground with its services, and this includes the adoption of modern technology.

This only seems like the beginning for Vistara. There are many opportunities when it comes to modern tech. Perhaps we may see further adoptions in fields such as Artificial Intelligence (AI) as the airline industry continues to evolve.

From onboard communications to biometric measures, technology will play a massive part in the airline’s operations over the next decade. This embracing could be what sets it apart from its counterparts in the next generation of commercial aviation.

Vistara is evidently intent on expanding, especially internationally, with London flights already increasing in frequency this year. These technology initiatives will naturally help the airline on its journey across the continents.

What are your thoughts about how Vistara is embracing technology? Are you planning to fly with the airline on its Boeing 787 Dreamliner services soon? Let us know what you think of the company’s initiatives in the comment section.

The Global Pilot Shortage Has Now Become A Surplus