A snake catcher arrived at a Queensland property to find it mid-way through eating a large possum and described it as an "incredible" sight. 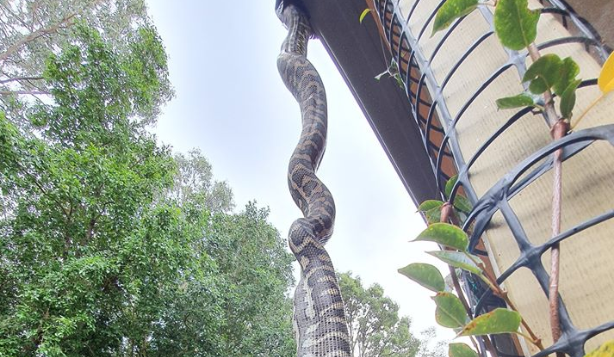 A snake catcher arrived at a Queensland property to find it mid-way through eating a large possum.

Despite having dealt with hundreds of snakes in his job, Stuart McKenzie from Sunshine Coast Snake Catchers 24/7 said on social media it was an "incredible" sight.

"I knew that I was going to a house that had a snake eating a possum, but I just thought it was going to be on the ground which it usually is," Mr McKenzie told nine.com.au

"I actually thought … I was about 15 minutes away when they called me and I thought the snake would be finished by the time I got there."

On arrival, Mr McKenzie was confronted by the large python hanging from the family's guttering.

"They (the family) were like 'there he is' and I couldn't believe he was still going," he said.

"But it all made sense because it takes much longer to eat them when they're hanging like that.

"It is common to see them eating a possum but I guess … it's pretty cool to see when they're eating them upside down.

"You normally see them in a more normal position."

Mr McKenzie said the retrieval of the python took about an hour. 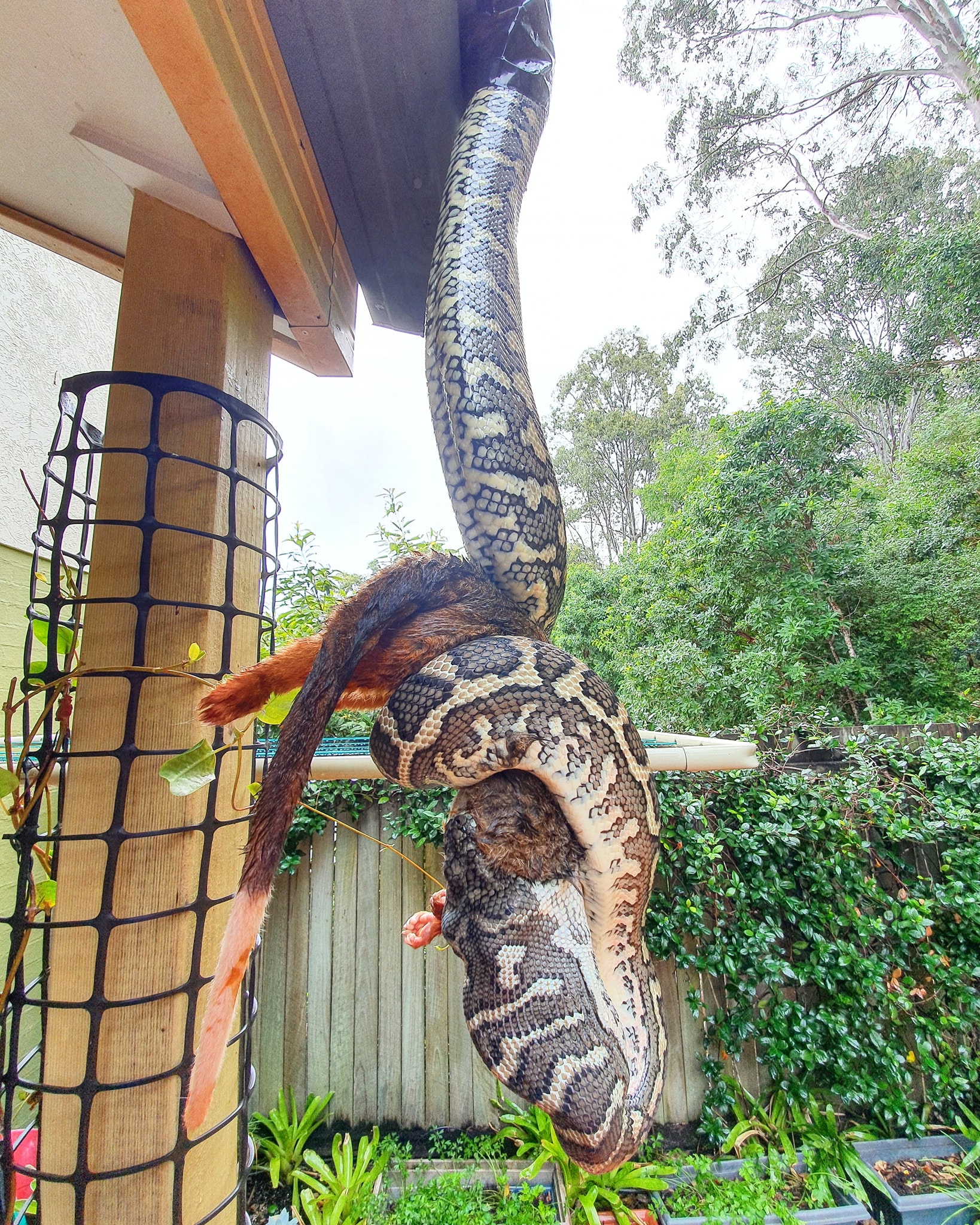 All the while, he said the family was eating breakfast at their dining table "enjoying the show and watching nature at work".

"They were surprised at first (by the snake) but then they had sort of an appreciation and I guess a fascination as well," he said.

"I am currently here at a home in Mooloolaba waiting for this Large Carpet Python to finish his yummy meal of possum," he wrote on Facebook this morning.

Many who saw the post on social media commented, it looked like the possum was large enough to be a tree kangaroo.

Carpet Pythons are among the most commonly found snakes in suburban backyards.

Read more: Spot the snake hiding in these Australian backyards

They are generally non-venomous and pose little threat to humans but are known to devour small animals.

Normally colder temperatures deter snakes but Mr McKenzie said he had been kept busy as snakes got in their last big feeds before winter.

Earlier this year another python on the Sunshine Coast swallowed a family's pet cat.

Mr McKenzie also responded to that call-out and issued a warning to pet owners. 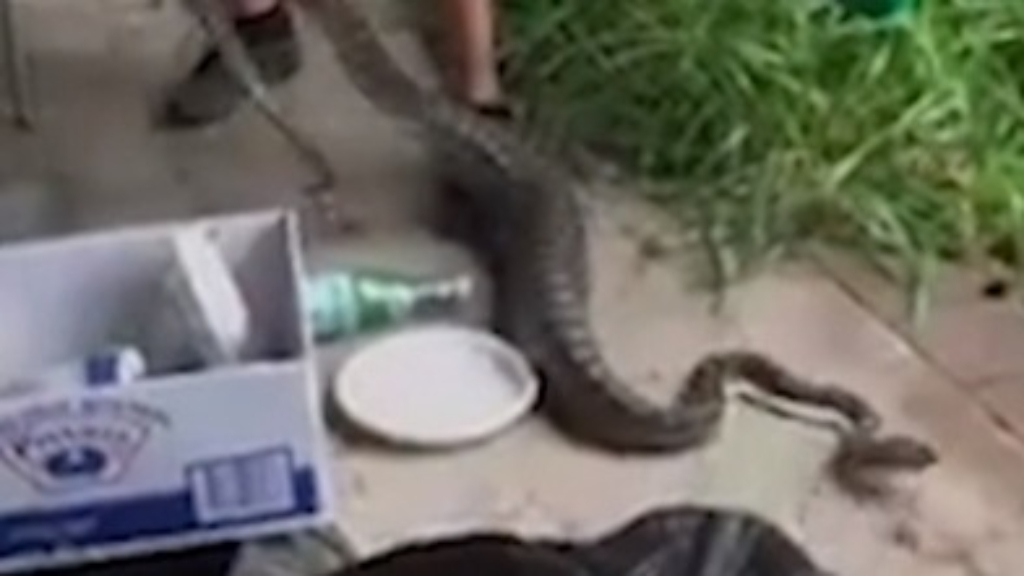 "It was amongst some bushes in the backyard, then I saw the food item and I thought that's a fat food item whatever that is," Mr McKenzie told nine.com.au.

He said the unfortunate incident was a warning for cat owners to keep their animals inside, even during the day."

Just be as responsible as possible, if you can either build a cat run, or when they're outside just be there and supervise," he said.

Man charged with 1988 cold case murder to remain behind bars

Twitter will allow workforce to continue working from home 'forever'