Nico Hulkenberg could be back in the Formula 1 paddock in 2021, as he eyes up reserve driver duties with not just one but two different teams.

The 33-year-old German driver raced for the Renault team until the end of 2019, when he was dropped to make room for the arrival of Esteban Ocon. Even so, he still made three Grand Prix appearances with Racing Point last season at very short notice.

He sat in for Sergio Perez at the British and 70th Anniversary events at Silverstone when the Mexican returned a positive coronavirus test, and later subbed for the unwell Lance Stroll in the Eifel GP at the Nurburgring.

While he was unable to start the British GP due to technical issues, he managed to successfully finish in the points in both of his subsequent outings for the team.

Racing Point has now been rebranded as Aston Martin, and Motorsport.com reports that the team is set to formally appoint Hulkenberg as their reserve driver for 2021 in case his services are needed again.

Last year the team thought it would be able to call upon the stable of reserve drivers maintained by their engine suppliers Mercedes in the event that a stand-in driver was needed during the season.

But with Stoffel Vandoorne taking part in the Formula E championship, and second reserve Esteban Gutierrez no longer possessing sufficient superlicence points to be eligible for F1 events, the team ended up having to scramble to recruit Hulkenberg instead.

Mercedes has since dropped Gutierrez from their reserve line-up in favour of Nyck de Vries, but he like Vandoorne is committed to a full season competing in the all-electric championship.

That means Aston Martin could still be caught out in the event that either Stroll or new signing Sebastian Vettel are unable to race.

And Mercedes is also at risk of being left in the lurch should Lewis Hamilton or Valtteri Bottas prove to be unavailable for a race. A positive COVID test for Hamilton before the Sakhir GP led to him being deputised by Williams' George Russell rather than Vandoorne.

As a result it's reported that any deal making Hulkenberg available to Aston Martin could also allow Mercedes to call upon him in a reserve capacity if needed. 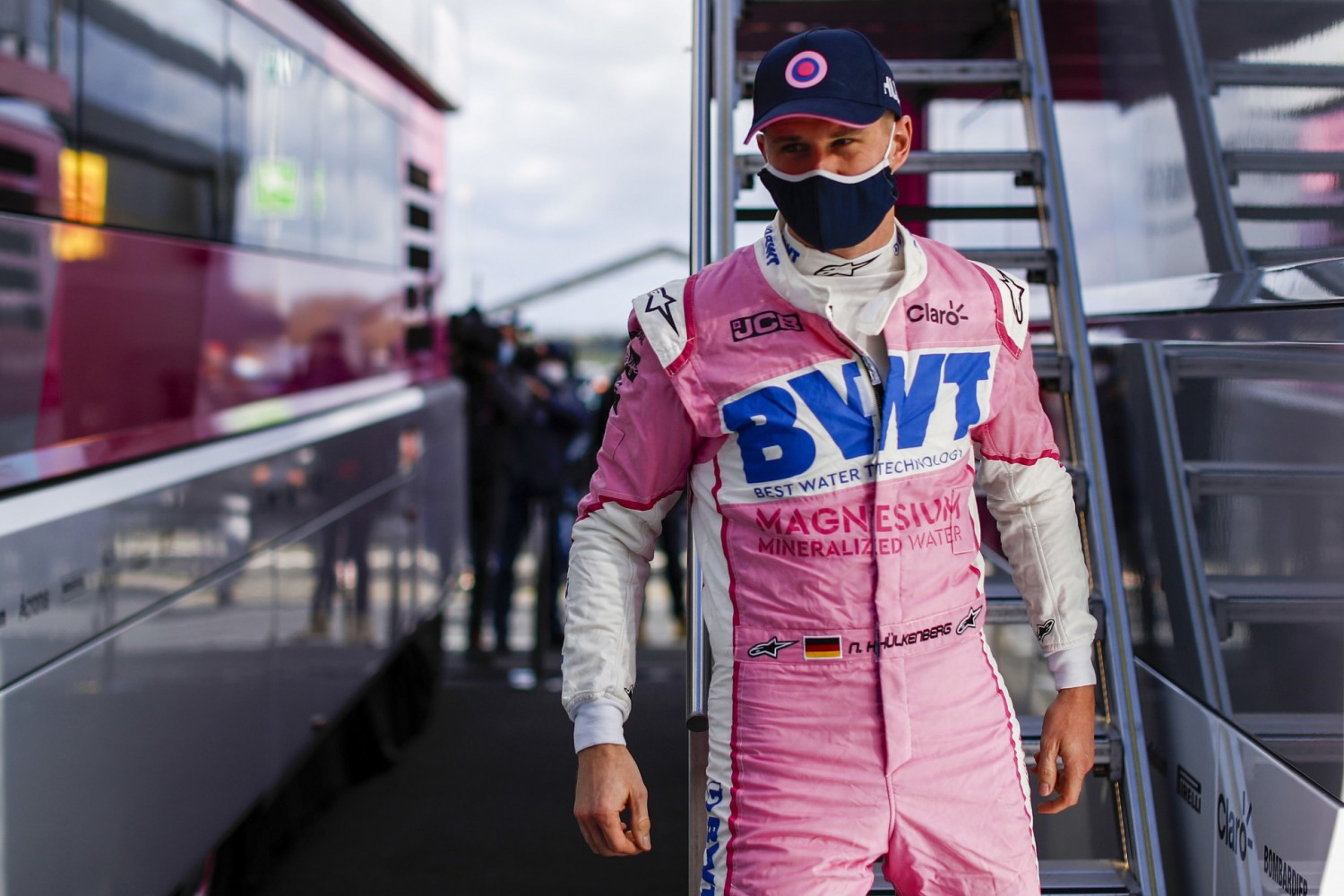 The speculation was given extra weight by comments made by Mercedes team boss Toto Wolff at this week's official launch of the W12.

"[Nico is] one of the top drivers who somehow didn't get that last chance to drive for a top team," Wolff commented. "We all know what he is capable of.

"To have such a resource in the team is of course interesting [so] we are open to that," he continued, adding that a decision about Hulkenberg's future involvement would be made soon.

"The question is not when the decision will be made, but when it will be announced," he said.

Hulkenberg himself hasn't given up on making a full-time return to F1 next season. “I want to stay in the Formula 1 orbit and try to find a permanent cockpit for 2022,” he told GQ magazine last month.

“Who knows what will happen this year?" he said. "I’ve had a good 10 years in Formula 1 and I’m not the type who wants to keep going by the skin of my teeth.

Hulkenberg revealed that there had been talks with teams about 2021 but that "it didn’t fit together."

"I looked ahead again relatively quickly, refocused on the future and concentrated on the things I can control and influence myself. Everything else is wasted time and wasted energy.

He added that he had turned his back on offers from backmarker teams rather than "just to be there" on the grid. "I deliberately said no and I was at a point where this time out was quite welcome for me personally."

Customer team 'not a must-have' for Alpine's future