Following the debunking of claims that Tyson Fury's gloves were tampered with prior to his seventh round stoppage of Deontay Wilder, the American shockingly revealed that a bleak horoscope on the day of the fight may have been to blame for his crushing defeat.Wilder first fought Britain's Tyson Fury in December 2018 in a thrilling bout that saw the 'Bronze Bomber' struggle to land for much of the fight, but he did manage to score two emphatic knockdowns en route to a controversial draw. Fury

MimicNews 719 0
Following the debunking of claims that Tyson Fury's gloves were tampered with prior to his seventh round stoppage of Deontay Wilder, the American shockingly revealed that a bleak horoscope on the day of the fight may have been to blame for his crushing defeat.
Wilder first fought Britain's Tyson Fury in December 2018 in a thrilling bout that saw the 'Bronze Bomber' struggle to land for much of the fight, but he did manage to score two emphatic knockdowns en route to a controversial draw.
Fury avenged the draw to win the WBC heavyweight title earlier this year, dominating the 34-year-old American and knocking him down twice before Wilder's corner threw in the towel in the seventh round to save him from further punishment.
In recent months, however, a variety of theories have arisen as to why Wilder might have suffered his first loss, some from the man himself including the claim that his ring walk costume was too heavy, and some from fans, such as the most recent, i.e. that padding was removed from Fury's gloves before the fight to make his punches more powerful and cause more damage. This was swiftly debunked after footage was released of fight officials and Wilder's own trainer, Jay Deas, watching Fury's hands being wrapped and gloved before the fight.
But now Wilder has made another astonishing claim that might be the most incredible yet. The Alabama native revealed to reporters that on the day of the fight, he almost pulled out after reading a terrifying horoscope. Wilder is known to be a spiritual man, and as evidenced by the tattoo of the zodiac sign on his left arm and his birth date of 22nd October 1985, he is a Libra.
He now claims that on the day of the fight, as he apparently does every day, he asked a member of his entourage to read his horoscope for the day from one of the newspapers in his hotel. His friend chose Canada's National Post and proceeded to read what Wilder described as "the most terrifying horoscope" he's ever heard. We located the grim horoscope on the National Post's website, which you can read at the link here or below: 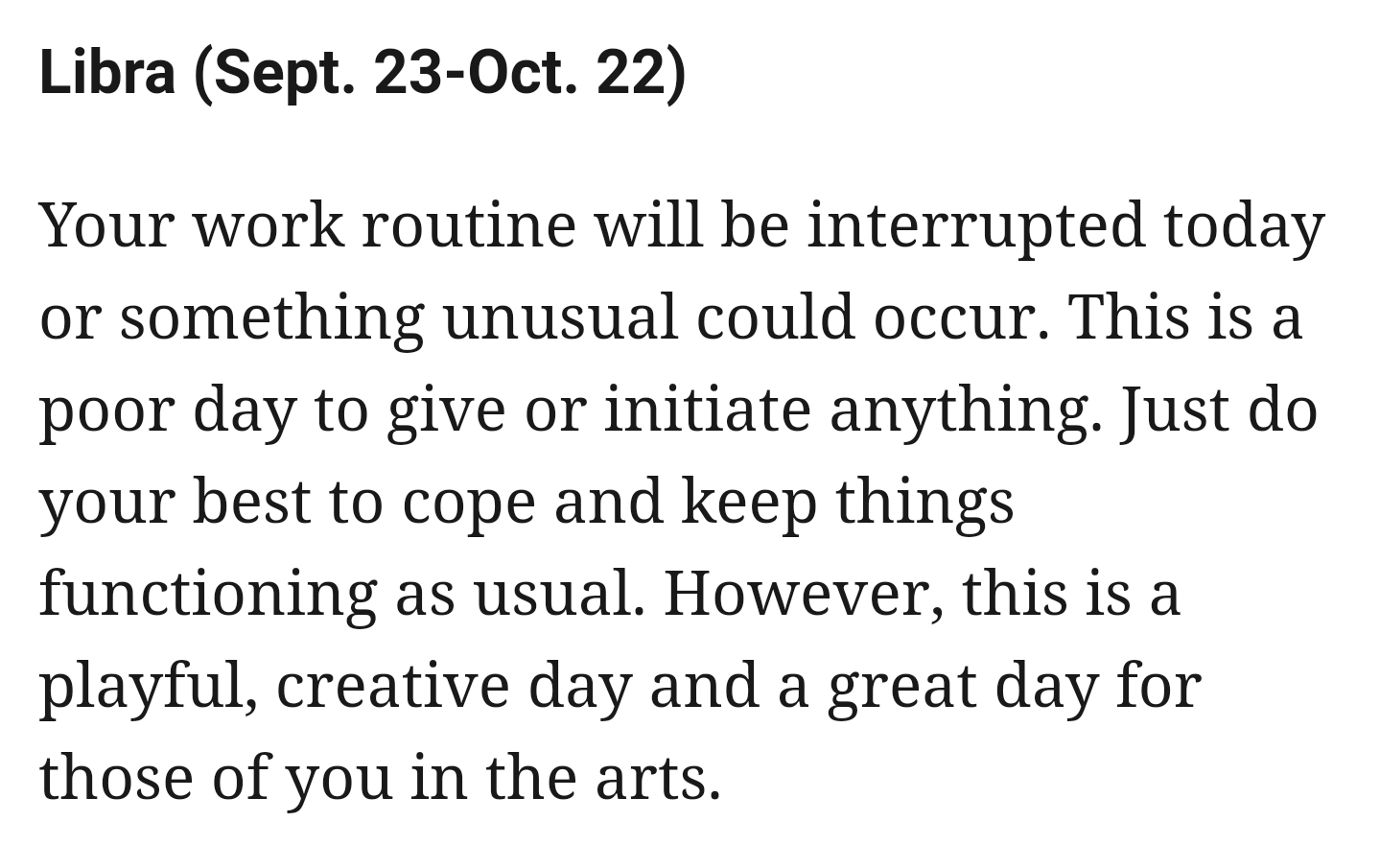 It's difficult to argue with a horoscope as grimly accurate as this, and Wilder claims upon hearing it he "almost pulled out of the fight immediately" but was convinced by his corner to see it through. Unfortunately, he initiated the 'Furious One' and that "something unusual" appeared to be suffering his first loss as a professional and losing his heavyweight crown. Perhaps he should have stuck to some arts and crafts that day.
(While you're here, we'd appreciate if you'd give us a like on Facebook, or follow us on Instagram or Twitter. Just click one of the links below! Or you can sign up to our newsletter!)
Source : The Sport Tag

We read the new tell-all book by Donald Trump’s niece and wow! Turns out Trump isn’t...

Breaking: “Racist Statue of Liberty” to be Dismantled,...