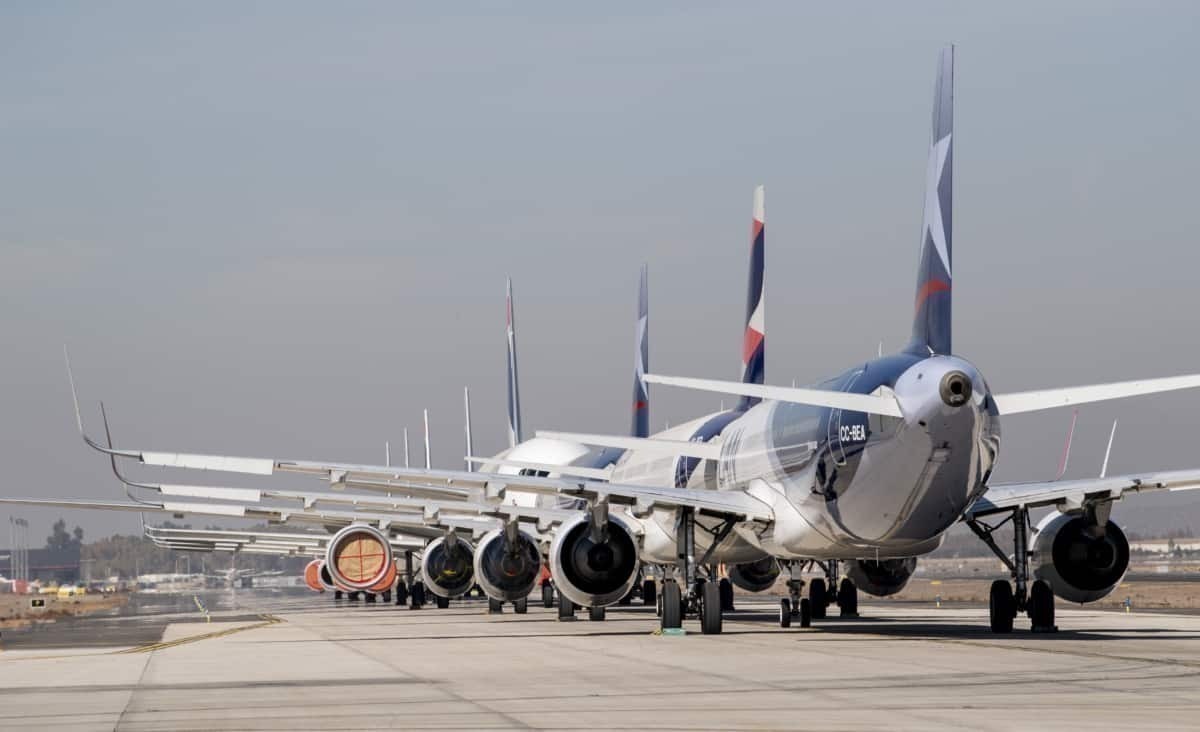 The International Air Travel Association (IATA) expects more Latin American carriers to start bankruptcy protection processes due to the current crisis of COVID-19. So far, three airlines have filed for Chapter 11 reorganizations in the US. But, more airlines in the region have been deeply affected by the pandemic, pushing them to stop flying altogether.

Today, IATA updated its already bleak scenario for commercial airlines in 2020. It revised its original loss projections from US$84.3 billion to 118.5 billion in this year alone. Moreover, it expects that airlines will lose US$38.7 billion in 2021.

While IATA expects the cash burn consumption to end at some point in 2021’s fourth quarter, the recovery won’t be equal among all the world regions. Developed nations will give their airlines a better chance of survival. Due to the market’s maturity, or the availability of new fundings, airlines in countries like the US are expected to survive. But Latin America is in a whole different scenario.

Latin American governments have been reluctant to provide State funds to airlines. Additionally, they had some of the worst travel restrictions globally, some going to the extent of closing shut for over eight months. The region has just started recovering. Brian Pearce, the chief economist of IATA, said,

“In the case of Latin America, we’ve seen substantial airlines that previously performed pretty well, that have gone into bankruptcy. I think we’re likely to see more of that. Although certain markets in Latin America are seeing a rise in traffic, it is disappointingly slow.”

Then he added that Latin American governments are introducing testing regimes for international travel. These regimes are stimulating travel, mainly from the US. But it is not enough. “The question is if airlines in this region have enough cash to last until the market strengthens to the point where it’s profitable again?”

So far, LATAM Airlines, Avianca, and Aeromexico are under Chapter 11 bankruptcies in the US. The three airlines already got their billionaire fundings, in a sum of more than US$5 billion together.

But at least two more airlines in Latin America have entered some sort of financial reorganization. EasyFly filed for the Colombian version of Chapter 11 in August. Meanwhile, in Mexico, Interjet is desperately looking for funding that allows it to continue flying.

Could more Latin American airlines file for a Chapter 11 bankruptcy in the near future? A few experts have said that the possibility is likely to happen. Mostly, they point out to Brazilian carriers GOL and Azul. On paper, Copa Airlines could be another airline, but, in reality, the Panamanian airline has done a great job keeping itself out of acquiring any new debt. As Copa’s CEO, Pedro Heilbron, recently said, they don’t want anything that might come and bite them later. Azul has managed to increase its cash reserve and says it could survive for five years with current cash burn levels.

On the other hand, several airlines in Latin America have stopped flying. TAME ceased operations in Ecuador; in Argentina, LATAM Argentina; in Chile, One Airlines, and in the Caribbean, LIAT.

Brian Pearce said that most airlines would run out of cash at some point between the first and second quarter of 2021 if nothing changes. He added that the cash burn would equal the revenue levels only by the end of 2021, which means there’s a gap of more than half a year in which airlines are left stranded.

So, for airlines to survive, they would have to strengthen their liquidity. Talking about Latin America, Pearce added,

“A number of airlines might not have sufficient cash to last that long. So they’re either going to have to raise more cash in the markets if they can, or look for Government aid.”

But will Latin American Governments provide any aid next year? That’s unlikely. Instead, 2021 could be the year of further consolidation among Latin American carriers.

Do you expect to see more bankruptcies among Latin American carriers? Let us know in the comments.

Which Canadian Airlines Have The Largest Fleets?

Breaking: Avianca Files For Chapter 11 Bankruptcy In The...