Activists say the Inter-American Development Bank (IDB) is not following its own sustainability guidelines and performance standards in the case of Hidroituango, the largest hydroelectric dam in Colombia, in a […] The post IDB-funded dam project in Colombia raises human rights concerns appeared first on Latin America News Dispatch.

Activists say the Inter-American Development Bank (IDB) is not following its own sustainability guidelines and performance standards in the case of Hidroituango, the largest hydroelectric dam in Colombia, in a struggle on how best to develop the Lower Cauca River Valley.

One day in early 2019, Isabel Zuleta remembers of the Cauca River in Colombia’s northwestern Antioquia department. This river, one of the most important in Colombia, once had a powerful and roaring stream and was the cultural and economic heart to the communities along its banks. But in recent years, construction on the Hidroituango hydroelectric dam has reduced it to a pathetic trickle.

“They’re killing the river bit by bit,” said Zuleta. “Just like they did with the massacres. Just like the assassinations. They are doing exactly the same thing to the river.”

Zuleta is a leader with , a Colombian environmental organization which since 2008 has been locked in a battle over the Hidroituango dam, employing legal challenges and non-violent direct actions to call attention to the suffering the dam has caused.

In 2019 , the Inter-American Development Bank (IDB), accusing it of violating its own operational procedures in financing the dam.

In a historic move, the IDB agreed to launch an internal investigation of the project. The oversight mechanism’s field visit has been delayed by the COVID-19 pandemic and the investigation is still underway.

The is being built by Empresas Públicas Medellín (EPM), a construction firm owned by the city of Medellín, and when completed will be the in Colombia. Proponents of the project say that it will generate enough power to cover 17% of the country’s needs. Its construction has already impacted as many as .

Since 2012, the IDB has provided over $1 billion in direct and syndicated loans, and in 2018 “,” which included commercial banks and .

“Without the Inter-American Development Bank, this project never would have happened,” said Zuleta. “It generates confidence so that other banks invest. This makes it responsible, because it’s a political issue, it isn’t just about money. It’s about political responsibility for the damage they caused by investing here.”

The Independent Consultation and Investigation Mechanism (MICI), an of the IDB, is charged with investigating the Ríos Vivos complaint. Ríos Vivos and the other civil society organizations who are presenting the complaint argue the bank violated policies on environment and safeguard compliance, access to information, among others. As most of the loan came from the bank’s private lending arm, they also cite violations of its performance standards for private lending.

For example, they note that the IDB guidelines “require compliance with specific standards for conducting Environmental Impact Assessments (EIA).”

Yet EPM did construction on the dam that wasn’t approved in its environmental license, leading to disaster.

During the construction of the dam, there are tunnels that divert the river from its original course to allow the river to flow before the dam is operational. EPM had made a smaller tunnel, not approved in its license, which landslides and rains caused to clog, leading to flooding, the and the evacuation .

Furthermore, EPM as one of the reasons for the landslides, a risk the communities had tried to warn EPM about.

“Those faults have always been there in the Andes,” Zuleta said. “We talked about these faults in 2012, we have a document we published that year. We said we were very worried because this land moves.”

Sloppy planning was also signaled in :

“There are many weaknesses and errors found by the Comptroller in the different stages of the licensing process, such as the approval of the license by the then Ministry of Environment, Housing and Territorial Development without sufficient, detailed and updated studies and designs for the time, which allowed for the location of the megaproject in areas with high geological risk, since the territory where it is located is crossed by more than 11 recognized geological faults. [The project] will affect the life, culture and economy of more than 26,000 people.”

In December 2020, the National Comptroller implicated in the recurring failures of the project. If found to be responsible, the officials could be on the hook for 4.1 billion pesos.

The MICI investigation has been held up since the onset of the COVID-19 pandemic, but Ríos Vivos is still in communication with them to prepare for a future field visit.

“We believe [the visit] is fundamental, so that they don’t only hear what we have to say but also so they can see all the problems for themselves,” Zuleta said.

Ríos Vivos had a meeting with experts from the MICI earlier this year, which Zuleta felt was positive. 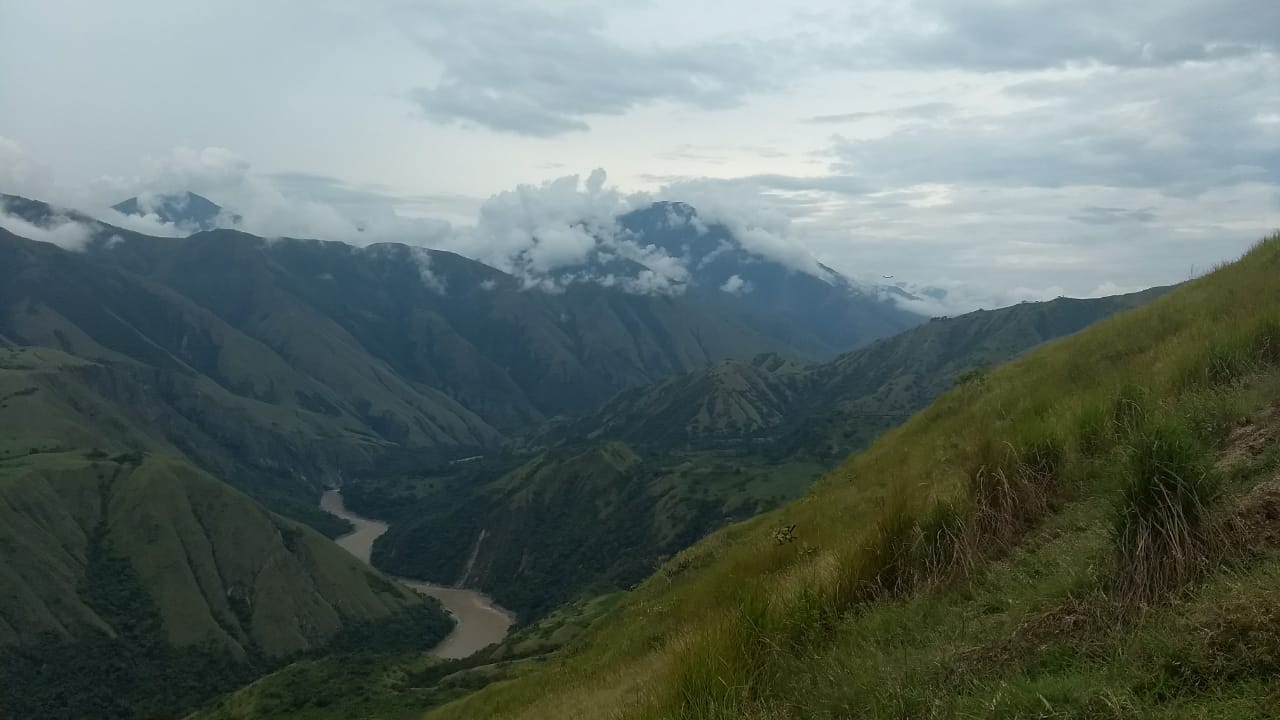 How has the Lower Cauca River Valley Developed?

The dam’s calls Hidroituango “the largest infrastructure project in Colombia” and makes bold claims about the benefits the dam will bring:

“Hidroituango is a country project. The energy that it will generate will permit the fulfilment of the rising electric energy demand in Colombia and therefore will contribute to a better competitiveness and productivity, and a better future for Colombians.”

It also lays out the investment that Hidroituango does in local communities, claiming it works together with local governments and communities.

Two years after the 2018 emergency that led to the evacuation of tens of thousands of people, then-General Manager of EPM Álvaro Guillermo Rendón the dam has made, pivoting to the benefits they will bring.

“In these two years of contingency, our company has spared no effort or resources to reduce the risks of the populations located downstream of the project and to move forward with one of the most important infrastructure works in the country, which when fully operational will generate 2,400 megawatts of energy to meet the needs of more than eight million Colombian households, in a contribution to their quality of life and development,” he said.

Zuleta doesn’t consider the dam and its financiers to be developing anything.

“They don’t care that people became poorer,” she said.  “How can this be called a ‘development bank’ when what it generates is poverty, misery, and underdevelopment. Is this a word game or what? How can this be development if I no longer have fish, if I can’t feed myself?”

Ríos Vivos has who live in the area around the dam, and whole communities are leaving as they . Lands traditionally used by “Barequeros” — small scale miners — have been privatized, and has left fishermen without fish to catch.

Decision makers on these types of “development projects” are socialized in career paths that go between government, bank, and industry.

“The connection between how decisions are made on national development and the connections between these banks is very close,” said Carla García Zendejas, an attorney at the , one of the organizations supporting Ríos Vivos. “The outgoing president of when they were both at the IDB. These national projects because of relationships that have been created before.”

Since 2016, Luis Gabriel Azevedo has been the environmental, social, and corporate governance division. Previously, he worked at Brazilian construction company Odebrecht from 2008-2016 as sustainability director during the construction of the Belo Monte Dam, a project which led to the displacement of . This was the same time Odebrecht got caught up in an .

When García Zendejas met with Eliot Pedrosa when he was the U.S. executive director at the IDB and the subject of Hidroituango came up, he said he would have to recuse himself from discussion, showing the reach of Hidroituango’s influence. While Pedrosa did not say why he had to recuse himself, Pedrosa worked for , an international law firm based in Miami, Florida which had a law firm which has EPM as a client on the .

Hidroituango did not return repeated attempts to request an interview. In a request for an interview, the IDB pointed to their sustainability policies and noted that the case is currently under investigation by the MICI. 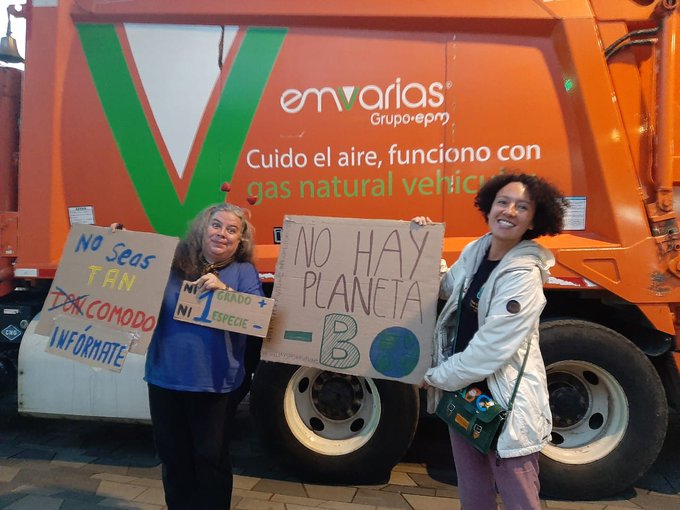 Hidroituango is being built in the midst of conflict.

“Another failure of the bank is that they don’t have policies that adjust to contexts of generalized violence,” said Carlos Lozano, a member of the . “There, daily life is very different from areas that have state presence. And if a bank is going to invest money there, the minimum that they should do is, in terms of what to evaluate, is what the dynamics of the area are and what it implies to invest money there and how it will impact communities.”

For decades the FARC, Colombian army, and paramilitaries have contested this region, each vying for territorial control. The municipality of Ituango suffered a series of high-profile massacres in the 1990s, which ruled on in 2006, and in 2018 the ruled a crime against humanity.

“You don’t need to be an expert in security to know there were massacres here and the cruelty that we have suffered,” Zuleta said, questioning the logic of investing in a major infrastructure project in a conflict zone. “Hidroituango is an armed actor that disputes territory just like all of the other armed actors.”

Given the ongoing conflict, the dam hosts military bases on EPM property, and the company pays the armed forces directly for security. In a 2018 hearing, Colombian senator Iván Cepeda laid out a series of allegations of financed by the security agreements between Hidroituango and the defense ministry including threats, torture, and evictions.

Members of Ríos Vivos have also been victims of political violence. including homicides, death threats, and torture. Zuleta said that 2018, the year they first filed the complaint, and they remain .

“We sent many emails to IDB board members when a person was killed, over a year ago, or when another person was criminalized, we keep sending information, we rarely even hear a ‘thank you for the emails’,” García Zendejas said, adding that staff from the U.S. executive director’s office do respond.

CIEL has also warned the United States State Department and Treasury, but there has been little action.

In the Lower Cauca River Valley, Zuleta and Ríos Vivos will continue to denounce human rights violations and innovate ways to defend the environment. While the most they can hope to get out of the MICI is a 100-page report with unbinding resolutions, they are working with other communities affected .

“What we are hoping for is a rigorous investigation,” Zuleta said. “One which shows that the bank didn’t fulfill its internal policies. And after showing this, that the bank withdraws its investment from Hidroituango.”

Thomas Power is a candidate for a master’s degree in Estudios Políticos (Political Studies) in the Universidad Nacional de Colombia (Universidad Nacional of Colombia) and was an International Human Rights Accompanier with Fellowship of Reconciliation from 2016-2018, where he continues to collaborate. He tweets at @ahbueno55

Mixed Results for the MAS in Bolivia Regional Elections

Chile Votes On Whether to Rewrite Constitution

Brazil Could be Next Global Coronavirus Hotspot