Ikea is planning to re-open its stores across the UK later this month with bosses of the Swedish flat-pack furniture firm drawing up plans to allow its outlets to start trading again. Read more: IKEA plans to re-open its 22 UK stores on May 18 and prepares for social distancing 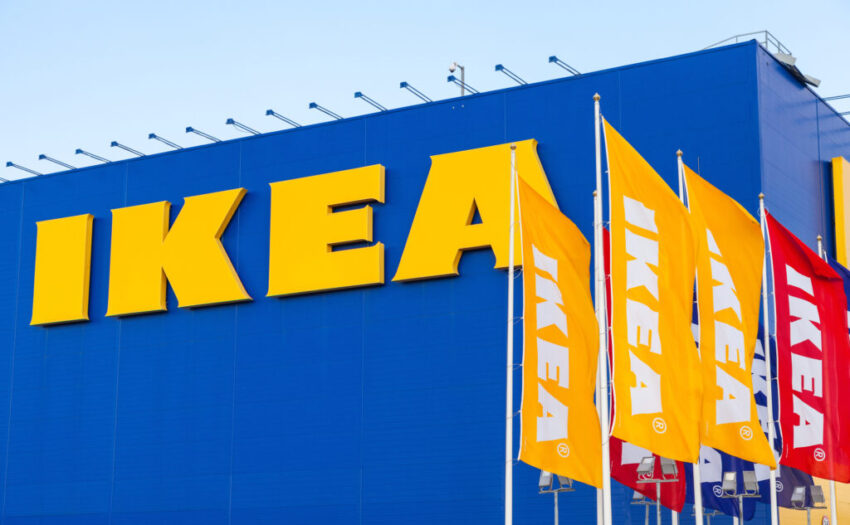 Ikea is planning to re-open its stores across the UK later this month with bosses of the Swedish flat-pack furniture firm drawing up plans to allow its outlets to start trading again.

Sources said the proposed reopening date was May 18 for its 22 stores in the UK.

Details emerged as McDonald’s unveiled plans to open up more than a dozen delivery-only branches in an effort to reemerge from the coronavirus crisis.

Commenting on IKEA’s plans, a source said: ‘The objective is to open from May 18 though there is anxiety about how it can be managed.

The move would pose major challenges for store hygiene and would require strict management of social distancing.

It is not yet known whether some stores would be opened before others in a pilot scheme. The company has been trading online during lockdown.

During lockdown some of the stores’ car parks – in Wembley and Gateshead – have been converted into coronavirus testing centres.

It is not yet clear how these will operate alongside the re-opening of outlets.

Asked about the reopening plan, an IKEA spokesman said: ‘We’re looking forward to welcoming customers back to our stores, as the situation allows and in line with government guidance.

‘For now, all our stores across the UK and Ireland remain closed but customers can continue to shop our full range online.’

The flat-pack furniture behemoth has not yet indicated what specific safety and social distancing measures will be in place when the outlets open again.

But the measures put in place when the shops opened again in the Netherlands in early April, give a useful indication of what to expect.

Only a limited number of customers are allowed in the store at any time. People are allowed to shop in pairs due to the bulky nature of some of the items, but no more than that.

In addition plexiglass screens were placed at checkout and customer service counters.

The popular furniture retailer has also opened stores up in Germany. At the store in Cologne the store is allowed a maximum of 640 people.

An employee counts people as they queue outside while ensuring social distancing.

The restaurant – serving the much loved Swedish meatballs – is closed as is the childcare centre where parents drop off their little ones before going shopping.

Much like B&Q – who reopened all their stores this week – the Ikea shop in Cologne has notices throughout the store warning people to abide by social distancing measures.

It becomes the latest food chain to announce plans to gradually reopen, after similar plans were unveiled by Nando’s, Burger King, Pret a Manger and Costa.

McDonald’s decided to close its 1,300 UK branches six weeks ago. The reopenings come after a trial of new measures to prevent staff from coming into close proximity of each other.

Perspex screens and distance markers will be installed in the reopening branches, while staff will be given non-medical grade face masks to wear.

The 15 branches to reopen are concentrated in London and the South-East, including in Gillingham, Chelmsford, Luton and Ipswich.

Sanitising stations will also be introduced for delivery drivers from Uber Eats and Just Eat, who will not have contact with McDonald’s employees when they pick up orders.

Chief executive Tim Richards said he is ‘hopeful’ they can be open in time for the release date of Christopher Nolan’s new film, Tenet, on July 17.

He told the BBC: ‘What we are trying to do is work with the Government to demonstrate that we are not like sporting fixtures or music concerts.

Read more:
IKEA plans to re-open its 22 UK stores on May 18 and prepares for social distancing

Jersey expected to ease lockdown restrictions even further next week

Why SEO is more important than ever for small businesses

Millions of school pupils are doing little or no work in...

Exciting ways to use logo animation