I’m Bob the Builder and I Will Fix Your Broken Marriage!

Hiya, Jeremy K.! Thanks for writing in. Glad to hear you were a fan of the show, but not so glad to hear that your marriage is failing. Darn! Nothing bugs me more than when something isn’t working. I don’t care if it’s a broken-down backhoe loader named Scoop or a broken heart; I gotta […] The post I’m Bob the Builder and I Will Fix Your Broken Marriage! appeared first on Robot Butt. 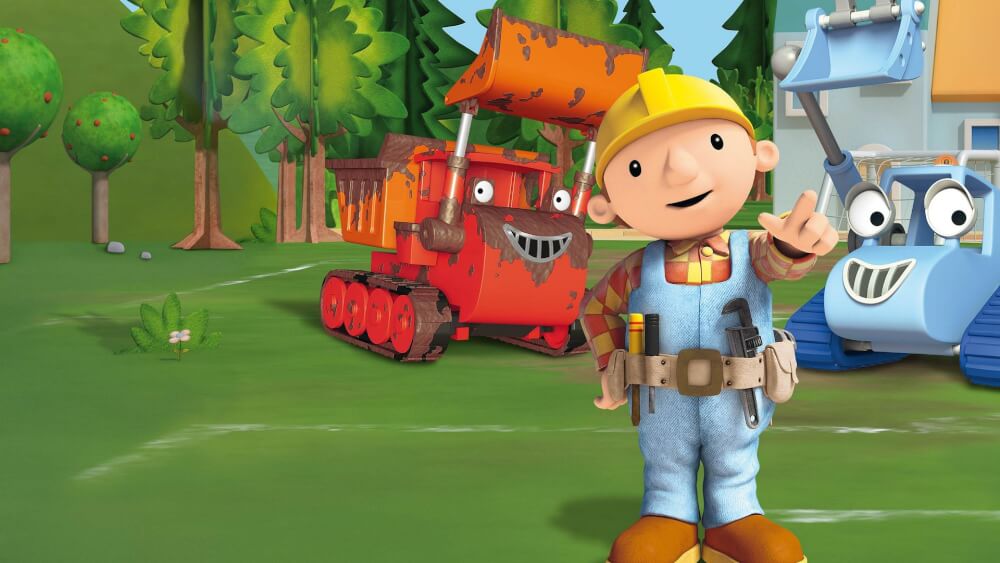 Hiya, Jeremy K.! Thanks for writing in. Glad to hear you were a fan of the show, but not so glad to hear that your marriage is failing. Darn! Nothing bugs me more than when something isn’t working. I don’t care if it’s a broken-down backhoe loader named Scoop or a broken heart; I gotta fix it. Luckily for you and your relationship, I’m sure we can!

I wouldn’t fret about sleeping on the couch for the past few months. Heck , I haven’t slept in the same room as my wife Wendy since I abruptly told her I was quitting television to become a relationship counselor. She knew I wanted to start fixing grown-up problems, but told me to be “realistic.” She said I was “underqualified to repair adult human relationships” because I spend most of my time with “childish anthropomorphic machines.” I told her “that’s a buncha baloney” and we left it at that. I miss my bed but that’s fine!

My personal stuff is totally under control so let’s worry about you!

I hear ya loud and clear when you describe your “once meaningful partnership, brimming with passion and possibility” as a “now-hollow shell, devoid of any affection or purpose.” I know what all of those words mean and I’m well-equipped to help ya out. You remind me of my friend, Dizzy, who’s very familiar with that feeling of emptiness. She’s a talking cement mixer and whenever she’s empty, I just fill her up with more cement. Then she’s as good as new!

Have you tried that? Filling your void with a sand and gravel binding agent? I’m sure that’ll do the trick!

I’ve been using a lot of cement these days to patch up the doghouse I’ve been in. To be clear, that’s just a figure of speech. I’m not literally living in a doghouse. It’s actually my cat Pilchard’s house and I just sleep there. It’s not so bad! On the minus side, it’s made of flimsy clay and slowly caving in. On the plus side, fixing the collapsing roof keeps my mind off Wendy. The rainy nights are tough but enough about me …

Back to you and your nonexistent sex life!

I’m right there with ya, buddy. I also can’t remember the last time that Wendy and I had some silly steamrollin’ fun. Wendy hates it when I talk like that and I hate how often she’s been “working late.” She insists it’s because she has to put in overtime because my current income is “essentially zero,” but I’m not buying it. I want to believe her but I also refuse to believe her.

My oh my! Here I am rambling on and on about me when you’re clearly the one who needs fixing.

Here’s some advice: If you ever think your wife is cheating on you, don’t ask a lovable gang of claymation vehicles to follow her. Muck, the clumsy dump truck, will undoubtedly get caught and you’ll end up sobbing on your hands and knees begging for your wife’s forgiveness. So just steer clear of that and you’ll be A-okay!

In no time at all, I’m sure your marriage will be running like a well-oiled machine named Ollie gifted to Wendy as an apology that she immediately threw out.

Let’s keep in touch! If you ever need a place to stay, I’ll fix up Pilchard’s place to make room for another grown man.

The post I’m Bob the Builder and I Will Fix Your Broken Marriage! appeared first on Robot Butt.

"Why would I fight a senior citizen?" Mike Tyson rejects...