Immortals Fenyx Rising was inspired by a bug in Assassin's Creed Odyssey that filled a boat with cyclopes, according to the game's creative director. 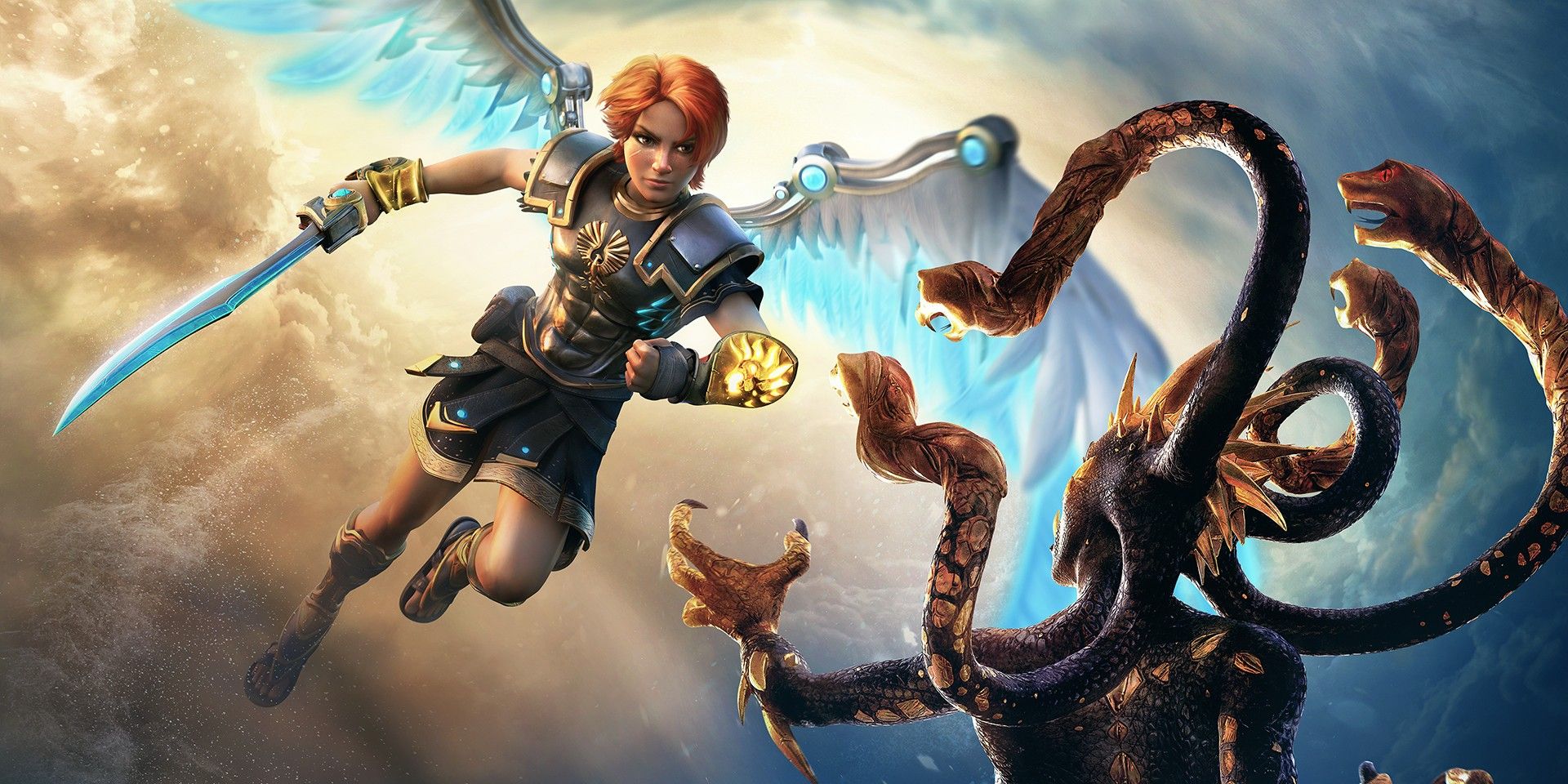 The initial idea for Immortals Fenyx Rising came from a bug in , according to the game's creative director. Ubisoft's upcoming open world adventure brings players to a mystical island populated by creatures and legends from Greek mythology and sets them on a quest to save the gods from the evil titan Typhon. It was originally titled Gods & Monsters, but the name was changed following a legal dispute with Monster Energy.

It might not be surprising to learn that Immortals Fenyx Rising was birthed in some way from Assassin's Creed Odyssey; the games have many similarities. Both are open world action games and both draw heavy inspiration from Ancient Greece. They even share some voice actors. However, while Assassin's Creed Odyssey did take liberal inspiration from Greek myths and legends, its events were rooted more firmly in actual historical events, with a plot revolving around the Peloponnesian War. This is in pretty strong contrast to Immortals Fenyx Rising, which immerses itself totally in the realm of the fantastical.

Related: Everything We Know About Immortals Fenyx Rising

As it turns out, this difference in how the two games handle their source material is key to why Immortals Fenyx Rising exists in the first place. In a recent interview with IGN, creative director Scott Phillips explained that the first piece of inspiration for the new game came from a glitch in Assasssin's Creed Odyssey that transformed all of the sailors on the player's boat into hulking cyclopes. As bizarre as this glitch was, it got Phillips thinking about a video game centered entirely around on the fantastical creatures of Greek myth. This initial thought eventually led to Immortals Fenyx Rising, which eschews its predecessor's focus on real historical events in favor of a fantastical world populated by monsters in a game that's drawn numerous comparisons to .

Inspiration can come from many unlikely places. A new, fanciful idea can strike someone when they least expect it. Generally, bugs aren't readily associated with creativity, but there are exceptions to every rule. The famous Nuclear Gandhi character from the  series allegedly started from a bug in the very first game, though creator Sid Meier has since claimed that it was never a bug at all. Glitches like Assassin's Creed Odyssey's cyclops crew amuse and entertain players quite frequently, and it's apparently possible for one to inspire a whole game.

Immortals Fenyx Rising does look like a fun game for players who can look past the name change. The team has claimed that the open world was inspired by theme parks, and that's a pretty exciting prospect for fans. A huge, open world theme park full of fanciful Greek monsters sounds like a delight to explore. If Ubisoft can successfully deliver on this solid premise, then Immortals Fenyx Rising could be a huge hit, and its fans will have a boat full of cyclopes to thank for their adventure.